[Page numbers were not indicated in this issue. They have been assigned by the editor.]

“EDITORIAL” – Home Economics; the homemaker. “The higher the standard of the home, the greater will be the efficiency of the nation.”

“WITH THE ALUMNI” by Mary Louise Williams

“PERFECTION” Description of the perfect man.

“MRS. ZANDE’S PERFUME” by R.S. A lead tank at Zande House once contained a bottle of perfume sent from Egypt to Mrs. Zande.

“BOX SUPPERS IN COMMUNITY” by G.M. Held at Little Laurel School House and at Divide and supervised by Miss Rachel Rowland; to raise money for model kitchens in each school. Entertainment by the Community Girls.

“THE LEDGER: A Laconic Annal of School Events” by Lucille Christian

Mrs. Kieth’s (sic) boat was found on Grapevine Knoll due to a Halloween prank.

“POEM? Said to be by Arnie Hall”

“POEM” found in an old dictionary sent to the Print Shop for a new binding.

“JOKE ON MR. DODD as reported in a 1933 Pine Cone” Frona and Mellie in disguise. 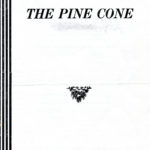 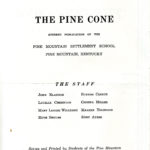 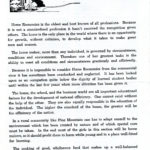 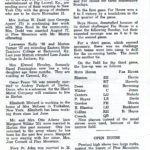 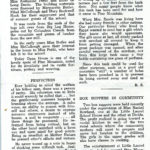 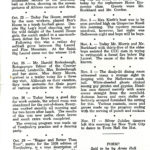 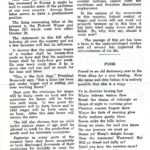 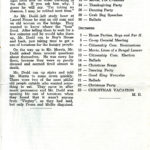