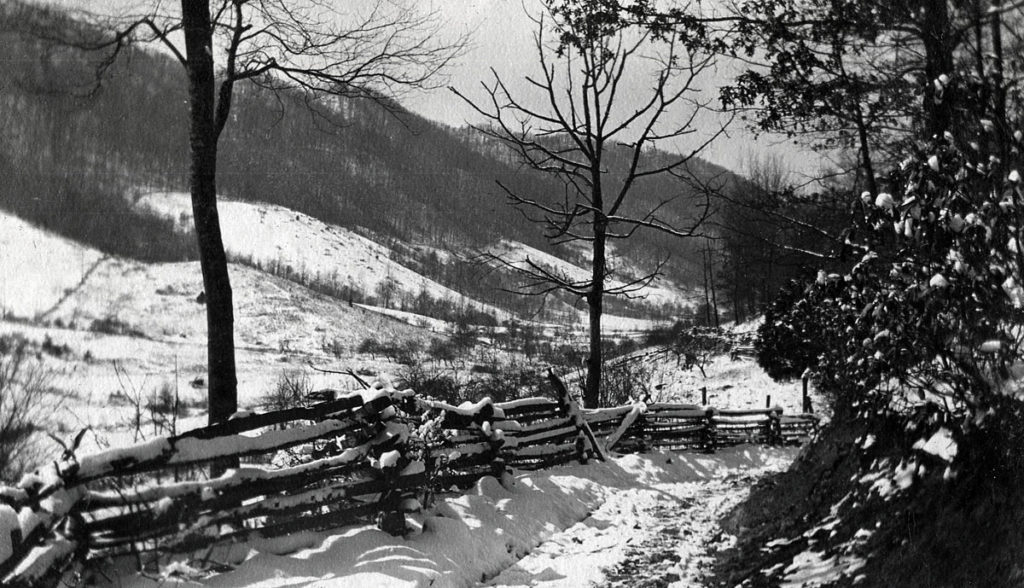 Ethel McCullough was a summer worker who came to Pine Mountain in 1914, the second year of existence of the School. She was a close friend of Marguerite Butler, a worker at Pine Mountain who accompanied Katherine Pettit to Pine Mountain when she was negotiating the creation of the settlement. In a letter to Mary Rogers, written at the end of her life, Marguerite described Ethel as one of the McCulloughs of Cincinnati and a friend of the family. Marguerite’s family was also in Cincinnati. and she reminisces, “I guess you know the Ethel to whom I refer was a McCullough from Cincinnati. Thru her I went to Vassar.” Just how this Vassar connection came about is not fully known but the two had obviously been family friends for some years and Ethel McCullough’s experiences at Vassar were obviously an influence on Marguerite.

But then the summer of my junior year, a very, very close friend [probably Susan Huntington] went to Kansas City to visit another classmate, Emily Hook. And there she met her sister Mary Rockwell, who had graduated from Wellesley and was an architect, and Mary told of a school that was soon to be started in Harlan County at the headwaters of Greasy Creek where Isaacs Run and Solomon Branch come together. Mary was to be the architect for all the buildings at this new school. And she and Miss Pettit and Ethel de Long and Miss [Clara] Davis, the nurse, walked the fifty miles from Hindman to Pine Mountain.

Mary [Rockwell Hook] was full of the beauty of the country and the prospect of developing this new school. And when my friend, Ethel McCullough, came back and told me, she said “We knew this would just be the place that you would want to go.” So I immediately wrote Miss Pettit, Miss Katherine Pettit, whose home was in Lexington, Kentucky, and told her I had one more year at Vassar and then I would be interested to come down to this new school if they could use me. And I immediately had a reply. They would gladly welcome me. So I think I was one of the few who in my senior year knew what I was going to do the following year.

Ethel McCullough graduated in 1909 from Vassar and Marguerite Butler graduated in 1913. She wrote in her Vassar yearbook, “Sentimentally I am disposed to harmony, but organically I am incapable of a tune.”

While Ethel McCullough did not stay long at Pine Mountain, her short summer left a lasting mark on those who knew her. She figures prominently in the letters and memoirs of the staff who worked with her during her short time at the School during one of its very earliest years.

Ethel’s remarkable foresight may be seen in a brief 1912 article she wrote for her college newspaper, the Vassar Miscellany, “Combining Theory and Practice.” It is based on her observations of a program started by President Charles Dabney at the University of Cincinnati and is a remarkable testament to the goals established by educational pioneers such as Dabney and adopted by Pine Mountain in its founding years. Dabney was a major influence on education in the United States, having served as President of the University of Tennessee before coming to Cincinnati where he opened the doors to women enrollees in the last quarter of the nineteenth century. He followed his educational track by serving as U.S. Assistant Secretary of Agriculture (1893-1896) in the Grover Cleveland administration. (Cleveland, a Democrat, is the only President to date to leave the office and be returned to the Presidency after he was defeated by Benjamin Harrison by electoral vote while holding the popular vote.)

Dabney had an advocate in agrarian reformer President Grover Cleveland and he appears to have had his advocates in the Kentucky mountains, as well. For, early in the century, particularly in the person of Katherine Pettit, Dabney’s work was closely followed by Pettit and the School and for several reasons. Dabney’s family, like that of Pettit, had their origins in Virginia and later in Fayette County, Kentucky, where the agrarian threads and reform urges ran deep.

While many workers at the School took away life-long lessons, many left their lessons with the School and most of these reformers were women. Katherine Pettit and Ethel de Long and the early women they brought to the School were the foundation of the institution as were workers like McCullough, Butler, and others. Those remarkable women workers, even in their short tenures at the School, left many contributions that have stood the test of time.

See: 108 ETHEL McCULLOUGH Photograph Album Overview 1914 for links to images of photographs, both as singles and on full pages.