In the summer of 1936, Maude Holbrook, a Pine Mountain Settlement School worker on vacation leave at her hometown of Gilley, Kentucky, received some exciting news. In a letter dated August 8, Director Glyn Morris wrote that she had received a medal for best all-around citizenship among the students. It was awarded to her by the Mountain Trail Chapter of National Society Daughters of the American Revolution, located in Harlan, Kentucky.

She thanked Mr. Morris and the PMSS staff for the medal in an August 12 letter, adding:

I would like to say that I feel very highly honored with having received this medal. However, I feel that there were others of the past year who justly deserved this medal as much as I. Had the medal been given to any of the other students I would have taken a friend’s delight in congratulating the one.

Glyn Morris wrote in his 1942 study of PMSS students that, as a PMSS student from 1934-1936, Maude “excelled in her work assignments.” His quote of the following report, recorded during her senior year, described the admiration that the School workers and students had for her:

‘Excellent social adjustment…wide participation in several extracurricular activities including chairmanship of the Citizenship Committee, she is liked and admired by all. She is exceptional not only in acceptance of Pine Mountain’s ideals but in the advocacy and personification of them.’

After graduating from PMSS in 1936, Miss Holbrook continued her good work as a Housemother at Big Log. Such a position involved overseeing a group of about twenty girls who boarded in Big Log while attending Pine Mountain Settlement School. As the name of the position suggests, she would be caring for them almost as a mother would: monitoring their cleanliness, their health, their daily tasks, their homework, and seeing to whatever else the children required. (See Marguerite Butler’s letter of 1914 for descriptions of Miss Butler’s housemothering experience.)

At Practice House (later renamed Country Cottage), her other assigned location, she would have been teaching homemaking to a smaller group of select girls. Evelyn Wells, PMSS Secretary from 1916-1931, had described Practice House and its activities as follows:

No attempt is here made to estimate what this building has meant to the groups of girls who three at a time have spent six weeks in the Country Cottage, cooking, living on a carefully worked out budget, caring for the cow and selling its milk, and entertaining, under the guidance of the housemother. The garden was also important, and a summer worker has usually (and with varying degrees of success) canned its produce for the family’s winter consumption.

Miss Holbrook’s file of correspondence in the PMSS Archives includes a list of books and bulletins about homemaking that she most likely had studied in order to teach the proper ways of cooking, cleaning, and hosting at Practice House. Among those listed are Foods and Home-making by Carlotta C. Greer, Laundry for Home and Institution by Lydia Ray Balderston, and Meal Planning and Table Service by N. Beth Bailey.

Two years later her position changed to dietitian, which she held for another two years. Before her employment at Pine Mountain, she had been a Pine Mountain student herself, an experience that probably enabled a close relationship with her students. She graduated in 1936, the same year that she began working at the School.

Morris’s 1942 study of PMSS students went on to describe her work immediately after leaving PMSS:

In the fall of 1940 she was employed as a waitress in a private hotel and went from there to a position of increased responsibility in New York during the fall of 1941….Today she is a supervisor of work for one floor of a large metropolitan hotel.

In 1979 Miss Holbrook was elected secretary-treasurer by the Pine Mountain Association of Alumni & Friends. By that time she was living in Frankfort, KY, and working as secretary of the Railroad Commission for the State of Kentucky. Her article in the 1979 Homecoming Report indicates her continued appreciation and fondness for the School:

Each time I attend the homecoming of our group, I realize more and more what Pine Mountain had and still has to offer students. I really cherish the thought that we had the best of everything during my years at Pine Mountain: namely, the best teachers; food; exercise; even though we called it work, environment; and protection.

This trip I really enjoyed our tour of the campus. First was our visit to Old Log, where our gracious hosts, Mr. & Mrs. Burton Rogers. greeted us and served refreshments of cookies and punch. Of course, I did not miss the opportunity to tell the crowd that I was once housemother at Old Log. I had witnesses present to prove my claim. I even looked to see if the ferns, planted by the students at Boys’ House, were still growing. At Boys’ House, we looked through a library of picture albums, trying to find snapshots of ourselves, taken during our respective school years. It is terrible when you cannot find your own picture. I often picked the wrong one. 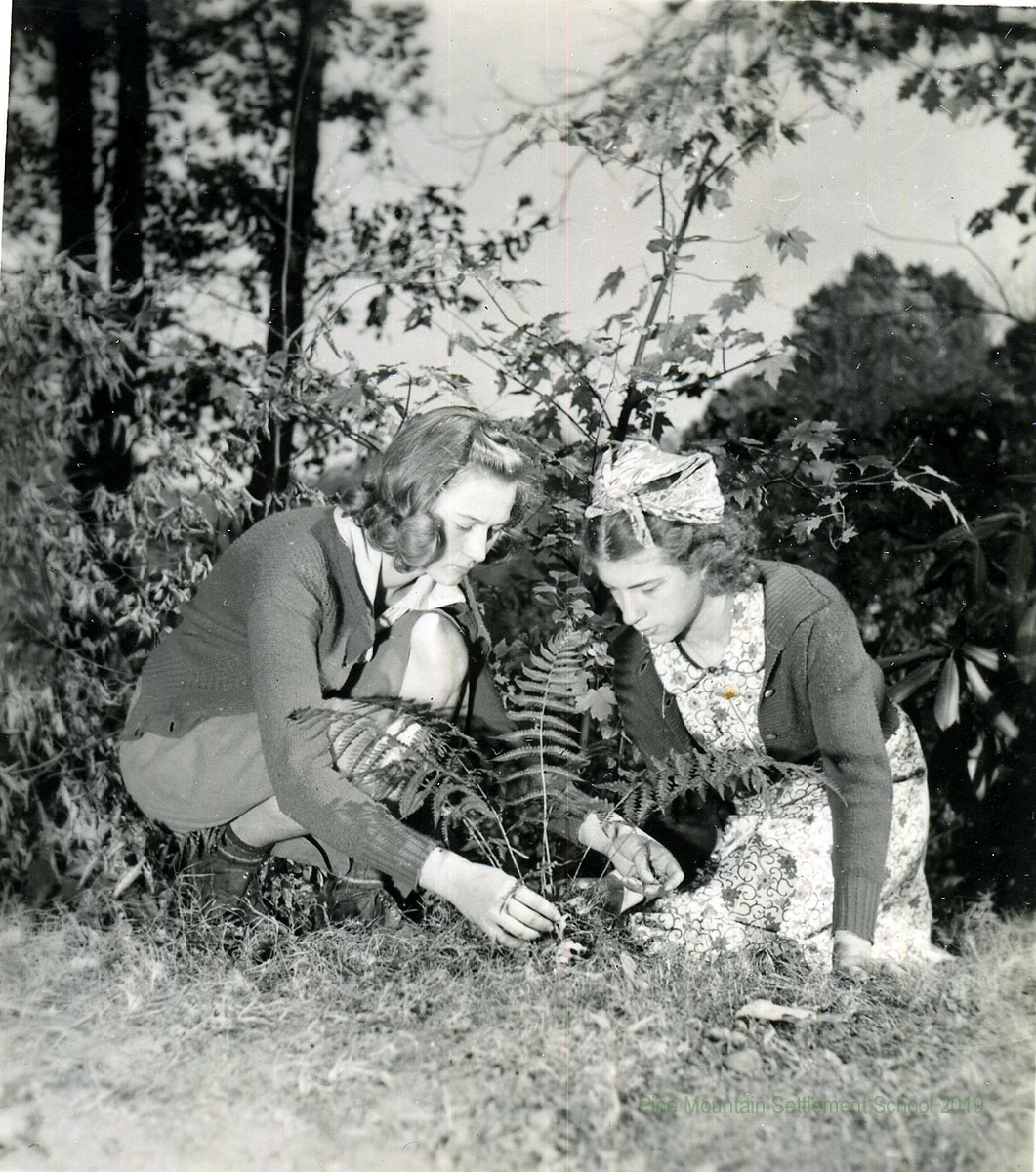 Above all of this, what I really enjoyed most was the gathering at the chapel, especially to hear Mr. Arthur Dodd play the piano. I could have spent the entire day listening to the beautiful music.

I trust that you will all make plans to attend the reunion in 1980, at which time, no doubt, there will be many more activities. Remember, “Together We Aspire” and “Together We Achieve.”
Sincerely,
Maude Holbrook …