Although a file for Roland F. Pinke was located in the Archives of the Pine Mountain Settlement School, its contents do not reveal much about Roland F. Pinke’s background. However, a few facts could be gathered from the letters in the file and from other sources about his life and his connection with Pine Mountain.

He is recorded in the PMSS WORKERS 1913 – 2000s GUIDE as having taught an “auto-mechanics” class at the School from 1940 until 1946. His correspondence covering those years includes one of his contracts with the School, employing him as a mechanics teacher for the school year 1943-1944 for four hours a week at $2.00 an hour. 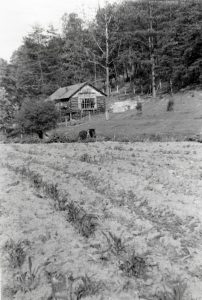 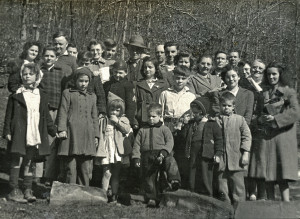 When away from the School, he kept in touch with letters to the directors at the time, William D. Webb or H.R.S. Benjamin, as well as to Arthur W. Dodd, the School’s principal. Several of the letters to and from Pinke show that his address was in Milwaukee, Wisconsin. In 1944, he sent a donation in the form of a $5.00 check for “the progress and promotion of the school in helping these mt. children obtain a richer and fuller life in things both educational and spiritual.”

In a letter dated February 22, 1945, H.R.S. Benjamin, the School’s director from 1944 to 1949, chastised Pinke for using the school account at Wombell Automotive Parts Company in Harlan, Kentucky, for his personal needs. In a four-page handwritten response, Mr. Pinke vehemently defended himself, explaining that it was a misunderstanding by the Parts Company. After an investigation, Benjamin agreed and regretted misjudging Pinke, but trusted that Pinke understood the need to ensure that all the School’s purchases were in proper order for the auditor. The two must have remained on good terms after that interaction, as Benjamin invited Pinke to Thanksgiving dinner in subsequent years and in 1945, asked him to assist in the Chapel service by reading from the Scripture.

In fact, Roland Pinke sometimes used the title “Rev.” before his name, indicating that he was a member of the clergy. His signature on his letters was always followed by “I Cor.2:2”, referencing a chapter and verse in the Bible. During the school year 1946-1947, he and Dr. Oma Creech spoke at Chapel Vespers. The Pine Cone of February 1941 records on page four that “Rev. Pinkey (sic)” conducted Bible School five days each week for the students of Creech School and Sunday school each Sunday.

The only source that could be found concerning his activities after Pine Mountain was an entry in the October 24, 1975, issue of Berwyn Life newspaper in Berwyn, Illinois, stating that “service missionary Roland Pinke will discuss his work in the Kentucky mountain schools.”