“BOOK PARTY TO BE HELD” in Laurel House for staff & students, dressed as their favorite characters; folk dancing

“OUR GREATEST DEFENSE” – ”… the unity created by Washington and Lincoln is our greatest armament against totalitarianism.”

“BOOKS TO ENJOY” – Cathedrals by Edwin Rayner and Book of Bells by Satis N. Coleman.

“MAN FALLS OUT OF FIELD” as told by Theda on a community home visiting day.

“MABEL GILLIAM RELATES EXPERIENCES IN CITY” as a governess in Chicago.

“UP AND DOWN THE HOLLOWS”

“CO-OPS WRITE PLAY” –  “…to inform others of the growth and extent of the cooperative movement.” Guided by Miss Hill and Miss Hackman.

“PINE CONE TO PUBLISH A SUPPLEMENT” for May, which students named “The Conifer.” 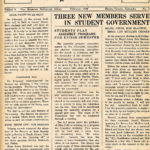 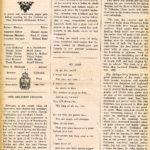 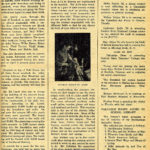 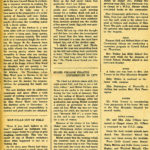 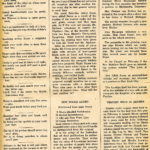 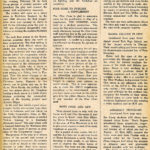