An Ohio church youth camp was at PMSS for its ninth summer.

Settlement Institutions of Appalachia was formed, met at PMSS in September and…

Roma Howard (daughter of PMSS alumna Evelyn Ayers Howard) presented a vocal concert in the Chapel, before beginning an assignment with the Cologne Opera in Germany.

The public health department which has held a weekly clinic at PMSS, this summer held a multiphasic screening examination, including X-rays and electro-cardiograms, for 309 community adults

The outdoor swimming pool was especially popular during a long season, culminating with the upper grades physical education classes using the pool for the first 3 weeks of the new school year.

April 23, 1970, all PMSS students participated in environmentally appropriate activities, from clean-up to planting daffodils to planting pine seedlings, in celebration of Earth Day.

The eighth grade class had an over-night camping trip to Natural Bridge and Fort Boonesborough State Parks, the Capitol at Frankfort and the airport at Lexington. Fifth and sixth grades visited the radio station, the police station, the fire station and the vocational school at Harlan. Several Boy Scouts camped along the way to Lexington in connection with a meeting at which our Scoutmaster received the Silver Beaver award. Another group explored the Cumberland Gap National Historical Park. The Conservation Club had two excursions to Tennessee. 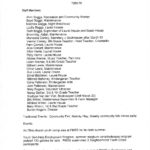 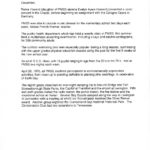