Library books were sorted; those considered useful for the new program (more than 1000) were to be kept at PMSS. More than 2000 books were designated for the new school at Green Hills.

Some environmental education activities were conducted with the school’s students.

After January, when the elementary students were transferred to Green Hills School, the Environmental Education program was launched with a few groups which came to Pine Mountain.

Miss Kate Ireland and Dr. Alice Cobb were elected to the Board of Trustees.

Former teacher Mildred Mahoney was elected to the Advisory Board.

It was planned to move the cabin at the Line Fork Extension Center to Pine Mountain campus, but the cabin burned May 16 or 17, 1972.

A Health Clinic continued, with a nurse from Harlan. 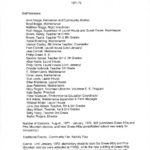 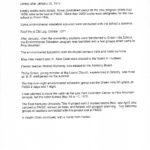