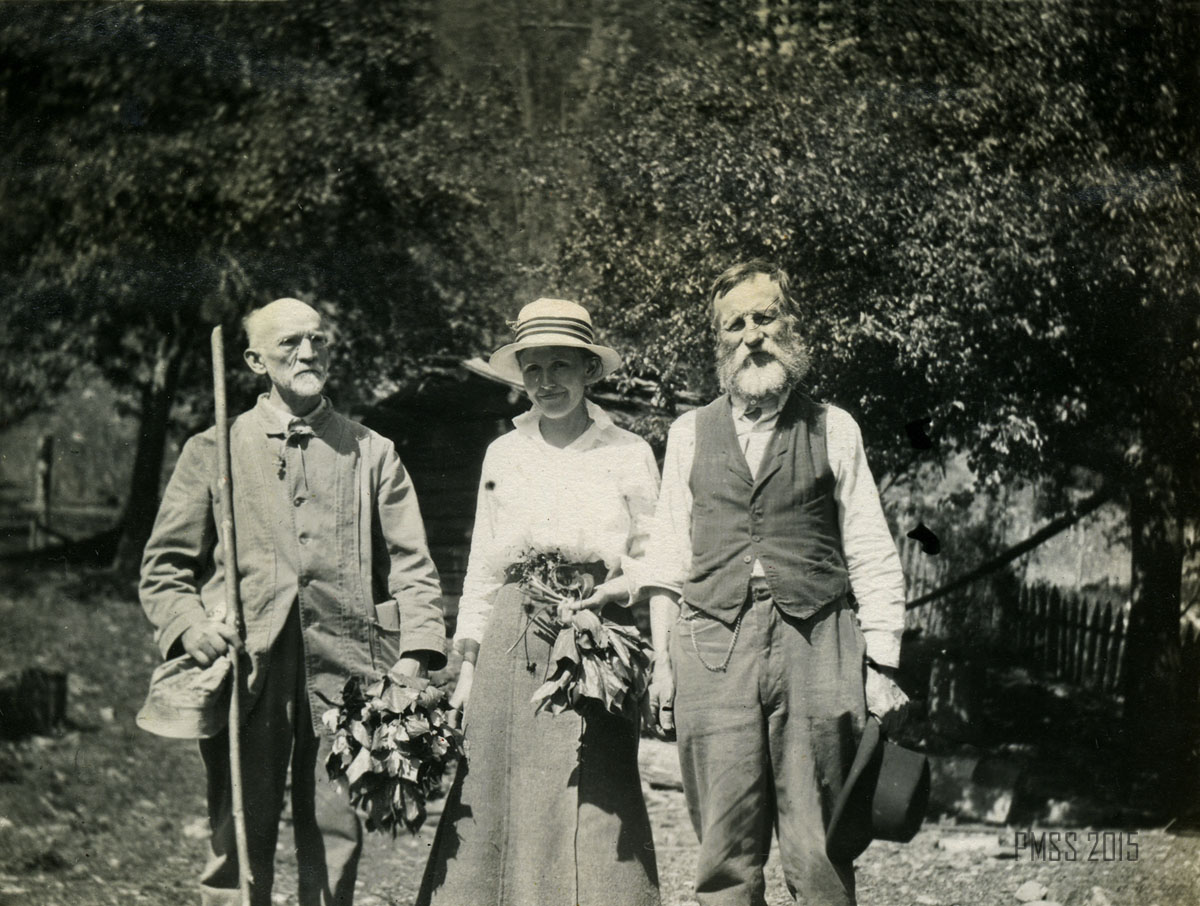 UNCLE WILLIAM CREECH The Death Of

The following letters gather information regarding the illness (cancer) and subsequent death of William Creech, a founding father of the Pine Mountain Settlement School. The two main accounts are written by co-director of the School, Ethel de Long Zande, and by Evelyn K. Wells, secretarial staff at the School and later a key member of the Board of Trustees of the School.

In a last attempt to prolong the life of Uncle William, he was transported by train from Pine Mountain to Louisville, Kentucky, where expert medical care could be found. The following letters trace the decision to take him to Louisville, his treatment, his decline and, ultimately, his death in the Louisville hospital.

Following his death, Uncle William was returned to Pine Mountain to be buried in the family cemetery just a short distance from the School. His funeral did not follow the tradition that was prevalent in the community that included a rapid burial and then a “funeralizing.”

The account of Uncle William’s funeral by Evelyn K. Wells covers the community reaction to the death of its much-loved member. Her letter details the funeral, the attendees, and comments on the formalities of Appalachian mountain funerals.

The GALLERY contains images of the original letters and their accompanying transcriptions. The Gallery is followed by digital transcriptions of the letters.

[See below for digital transcriptions of these letters.] 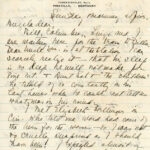 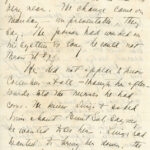 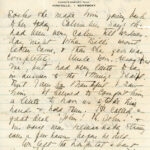 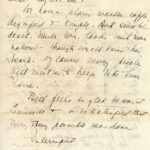 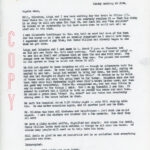 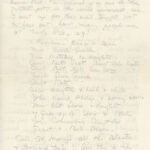 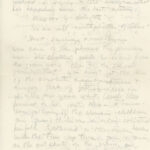 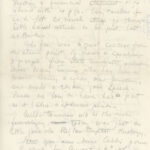 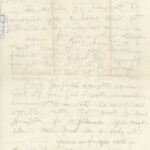 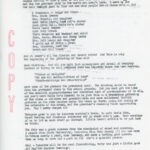 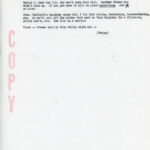 Angela [Melville] dear,
Bill [Creech], Columbus [Creech], Luigi [Zande] and I are here waiting for the train to Dillon (?). Dear Uncle Wm. is at the station. I can scarcely realize it — that his sleep is so deep he will not wake for Pine Mt. and Aunt Sal and “the children” he talked of so constantly in his last hours when he would not tell us what was in his mind.

I met Elizabeth Roettinger [sic, Elisabeth] in Cin. [Cincinnati, OH] who told me word had come of the turn for the worse — so I was not so cruelly surprised as I should have been. I expected almost a gay time, but Uncle William had already begun to die when we got here.

Luigi and Columbus and I met here in L. [Louisville, KY] about 8 p.m. on Thursday but [002] we did not see Uncle Wm. till next morning. That was our hour of grief — to see him so frail and piteous that we knew the end was very near. The change came on Monday — unpreventable, they say. The poison had worked in his system so long he would not throw it off.

He did not appear to know Columbus at all — though he afterwards told the nurses he had come. He knew Luigi and asked him about Aunt Sal, saying he wanted to see her. Luigi had wanted to bring her down the week before, but she had thought it might be “hard for Will.” It breaks me up to think of those [003] socks she made him going back to her today. Columbus says she had been very calm till Wednesday night when Bill’s worst letter came, and then she gave way completely. Uncle Wm. recognized me, but had very little to say in answer to the things I said. But I am so thankful I saw him. It seemed to comfort him a little to have us stroke his hands and hold them. He called a great deal “John! Oh, John!” and his voice was remarkably strong even a few hours before he died.

We left the hospital about 9:30 Friday night — only Bill staying with him. He was never conscious again, and at quarter past one he died.

Mr. Mildrum has been all [004] kindness and helpfulness — just what one would expect. I met his sisters and brother for a few moments. How dear they all are!

We have a plain wooden coffin, dignified and simple. And since his death, Uncle William looks much more natural — though we all miss his beard. Of course many people will meet us to help take him home.

Bill feels so glad he was at Louisville and is so satisfied that everything possible was done.

Angela [Melville] darling – Just a line to let you know that the funeral is on and it’s the greatest pity in the world you aren’t here. I went up for the mail tonight just to find out how many people are at Uncle Wm’s — 29!

And at Henry’s all the Blanton and Howard tribe! And this is only the beginning of the gathering of them all!

[002] Such visiting. And all the talk just commonplace and detail of everyday instead of trying to tell everyone what has happened since the last meeting.

were some of the phrases the preachers used. The shouting could be heard from the graveyard clear to the school grounds. But you must get the idea of the absolute appropriateness and therefore lack of grotesqueness of it all, and you’d want Uncle Wm’s funeral to be just this — a tremendous gathering of the clans — children and grandchildren and more collateral kinfolk gathered on the rude benches under the trees up there, going and coming on the outskirts of the crowd, and the preacher’s chanting voice hypnotizing you. May I never forget it!

[003] Telegram goes to you by tomorrow morning’s train, to omit Uncle John, Board Meeting and financial statement and go ahead with 4 pgs. Very careless of us to let so much stuff go through. Little Laurel article to be put last we think.

The fair was a great success from the standpoint of crowd and speaking. 3 people from State University, including Miss Mary Sweeny [?] who has been in France nearly a year, also Germany, and made a corking good speech. Made me long to have had a part in it! She’s a splendid person.

Have you seen Miss Cobb’s poems in Outlook for August 9? They’re perfectly charming. I can’t help feeling that they are as mountain [004] as W. A. Bradley’s. They make me just long to do something like them.

I’m awfully glad Margaret has a regular job and hope she’ll get interested [wells_e_corr_1918_nd_006 – transcription page 2] in it. Sorry not to have her for awhile, though.

Marion P. Read has T.B. and can’t come this fall. Another friend who didn’t turn up. If you get here it will be plain marvellous. And oh so nice!

Yours — frozen cold in this chilly night air —
(Evelyn)