Not long after the Medical Settlement at Big Laurel was established in 1918-1919 in Gilley, Kentucky, Mrs. Ethel de Long Zande, co-director at Pine Mountain Settlement School that oversaw Big Laurel, was anxious to fill a position as soon as possible to assist the district teacher, Miss Agnes Hynes, who was in ill health. Miss Eva Rhodus, a PMSS housemother and teacher, recommended contacting Miss Aileene Lewis in Louisville, Kentucky.

Mrs. Zande wrote to Miss Lewis, making an inviting pitch for the Big Laurel extension center. Although Lewis’s life was dedicated to missionary work, Zande assured her that her experiences at Big Laurel would be the same in spirit.

What the center needed besides the doctor, visiting nurse and head resident, was someone to help the overloaded teacher in the district school and to take children to the playground. Also, a helper was needed by the Sunday School, by the Home Economics teacher and “twice a week in our playhouse, a splendidly equipped little building that we arranged for all sorts of community enterprises.” In other words, a “general worker.”

Miss Lewis responded that she was delighted with the opportunity to serve at the “Mountain School.” She returned a completed Application Blank, stating that she was 25 years old and her education, besides high school, consisted of three summer terms in English and Bible at George Peabody College in Nashville, Tennessee. She was currently working as a “Life Work Secretary” at the Louisville Conference Epworth League (part of a nationwide forum of Presbyterian Churches) and would need until October 9 to finish her duties there. Even though Zande urged her to come earlier, Miss Lewis held to this date, stating “… [T]here is a duty for me to perform and a task to complete.”

Aileene Lewis adjusted well to the rustic Big Laurel medical center and was well-liked by those in the community it served. It was there that she met her future husband, Charles Franklin Nesbitt, who was sent to Big Laurel in the summer of 1923 by Candler School of Theology at Emory University in Atlanta, Georgia.

In April of 1924, Mrs. Zande was upset to receive a note from Miss Lewis stating that she was not returning to Pine Mountain Settlement School next year in order to pursue further training. When Miss Lewis had applied to the School, she regretted that she was not as trained as she would have preferred in order to meet the demands of the work at Big Laurel. In fact, her plan, before her application, was to “go to school and work.”

But Mrs. Zande didn’t feel that further training was necessary for work at Big Laurel. She consulted with Miss [Harriet] Butler, a nurse at the center, about Lewis’ work, and wrote to Miss Lewis that “we both agreed that you were the most valuable person we could get there at the present time…. That friendliness and the right sort of ideals are the best sort of thing to contribute to Big Laurel just now…. “ She assured Lewis that her informal assistance with cooking, sewing and playground work was preferred to a formal, more qualified teacher. “We are both most happy that people at Big Laurel like to be with you as they do…. [Also,] it would be a great misfortune to have a complete turnover of workers.”

Mrs. Zande’s encouraging words must have worked. Miss Lewis spent May through November of 1924 at home in Louisville, giving talks about Pine Mountain Settlement School and teaching a class at the Epworth League Conference about the book, The Land of Saddle-Bags by James Watt Raine, that was “centered around Berea and a splendid book on Mountain Life.” But by November, Mrs. Zande’s letters were again addressed to Miss Lewis at Big Laurel.

Miss Lewis, now Mrs. Nesbitt, continued her work at Big Laurel until February 1925, when she wrote once again to Mrs. Zande that she would be leaving:

“…I regret to leave the work and tho’ I am leaving, as long as I am in Louisville I would like to serve the Mountain people when they are in that city, if you would so desire. … This is merely a note to tell you that we are planning to leave the Mountains on Friday of this week. I realize, Mrs. Zande, that this makes my term short but it cannot be helped.”

The circumstances which prompted Aileene and Charles to leave PMSS are unclear, except for Aileene’s statement to Mrs. Zande, “Mr. Nesbitt will write you of the incidents of the past weeks and of his resignation” which had occurred after consulting with Mr. Jones in Harlan.

Mrs. Zande’s response to Aileene’s leaving PMSS was a positive one this time, writing, “I am ever so glad to know that you want to do all you can for the mountain children when they have to go to Louisville.”

By the time of the 1940 U.S. Census, Charles had been a professor of religion at Wofford College in Spartanburg, SC, since 1939. He and Aileene had a seven-year-old son, C. Burns Nesbitt, who was born in Mississippi. The Census also records that all three were living in Illinois as of April 1, 1935.

Mrs. Aileene Lewis Nesbitt was born in November 1898 in Birmingham, Alabama, to Richard Franklin Lewis and Elleyn (McLin) Lewis. She died in Greenwood, South Carolina, on August 15, 1990, at the age of 91. She was survived by her son, the Rev. C. Burns Nesbitt of West Columbia, SC, and three grandchildren. 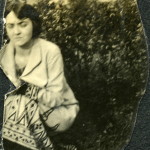 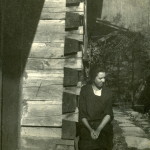 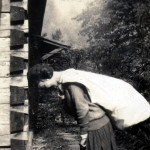 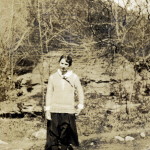 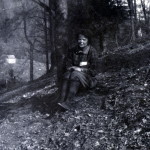 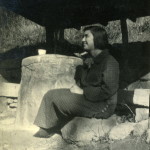 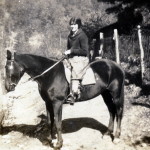 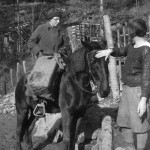 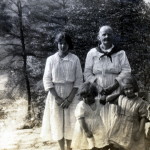 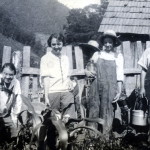