Burkham Schoolhouse burned November 8, 1983, while being used as a community voting site. The building was a complete loss; some contents were safely removed from the building. Friends from the community organized two suppers to raise funds…

…for a replacement building for community activity.

The Harlan Boys Choir, at their annual Pine Mountain retreat and concert, donated proceeds to aid in replacing Burkham Building.

There were continuing delays and problems with the proposed solar energy panels for the Chapel, arrangements having been made by the donor, Mrs. Asher, Pineville, directly with the contractor.

Planning and work continued on the improvement of the water system.

The Board adopted a retirement option through T.I.A.A. for staff members who wished to participate.

Sidney Douglass, Harlan attorney, was elected to the Board of Trustees. Edward Cawood, Alice Cobb and Marian Kingman were voted Honorary Trustees.

“Proposed By-laws, 1984,” were accepted by the Board, after several suggested changes were made. There had been By-laws officially approved in 1947. Changes suggested in 1961 had been followed but never adopted. A 1977 proposal was not adopted pending clarification of the relation between PMSS and Berea College. 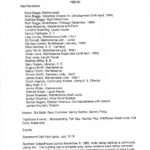 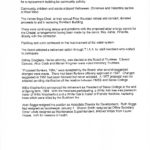