Summer Community Day Camp
August Angel and Lois Hoskins were elected as Trustees, representing the Association of Alumni and Friends. August Angel’s death occurred before he could…

…participate.) Trustees Bill Best and Sid Douglass asked not to be nominated for a new term. Berea biology professor Dr. Ralph Thompson and Berea President Dr. Larry Shinn were elected to the Board as their replacements.

The Trustees Educational Programs Committee took steps to establish a course credit for Internship at PMSS.

It was decided to construct a Stonemill log home as a replacement for Far House, at its former site.

Sue Parrott, Trustee, resigned from the Board to accept a staff position as Community Coordinator. 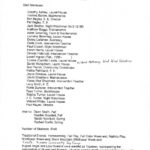 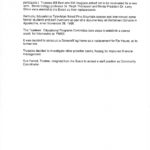