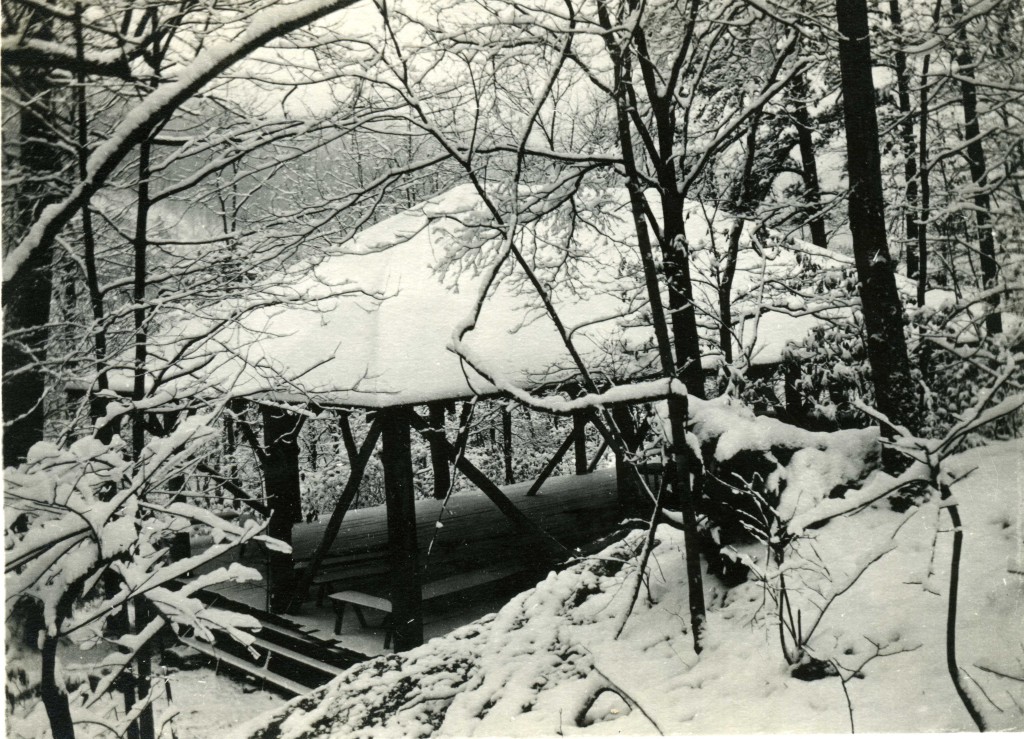 House in the Woods pavilion in the snow. II_2_early_days_122a.jpg

HOUSE IN THE WOODS

Open Instruction in the Early Days

“House in the Woods” was one of the first buildings constructed on the campus of Pine Mountain Settlement School. (Old Log was older, but had been moved to the School and re-constructed on its current site.)

House in the Woods was constructed to serve as a shelter for the first classes and recreation and community events held at the School. It was located on the south-facing mountain above Farm House and the Barn, roughly where the Jubilee cottage now sits. Since it was next to the road to Line Fork as that road passed through the campus, the building was easily accessed by the community coming from either Big Laurel or the Line Fork area. 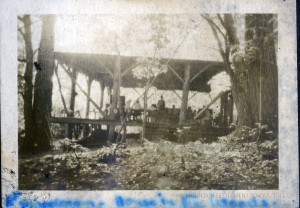 “House in the Woods” was used as a school house until 1918 when living rooms were ready and were used for instruction. As an open-air pavilion, the structure was inadequate for year-round use, but was heavily used during periods of good weather. It was built in the late spring or early summer and was financed by the community through box suppers.

“House” does not describe the actual structure which was more a pavilion, consisting of one large platform of about 40 feet by 40 feet. The pavilion housed an organ used for music and dance events. It had railing around much of the platform to protect users from falling into the woods that surrounded the building.

Remarkably, the building held together for many years and was used for a variety of community events. By the late 1930s it finally had deteriorated enough to necessitate its removal from the site. It was finally torn down in 1934 due to its deteriorated state. Glen Morris noted in a letter from June 20, 1934, that he

“… was sorry to see that the “House in the Woods,” one of the earliest features of the school, had been torn down and that the remaining material was hanging and scattered about in a most shiftless manner. In April 1915 when first I visited Pine Mountain, Sunday School was held in the building, subsequently Fourth of July exercises and Faire were conducted therein, and I looked upon it as a connecting link with the past which should have been retained, but if not, some sort of order in piling up the material should be observed …  “ 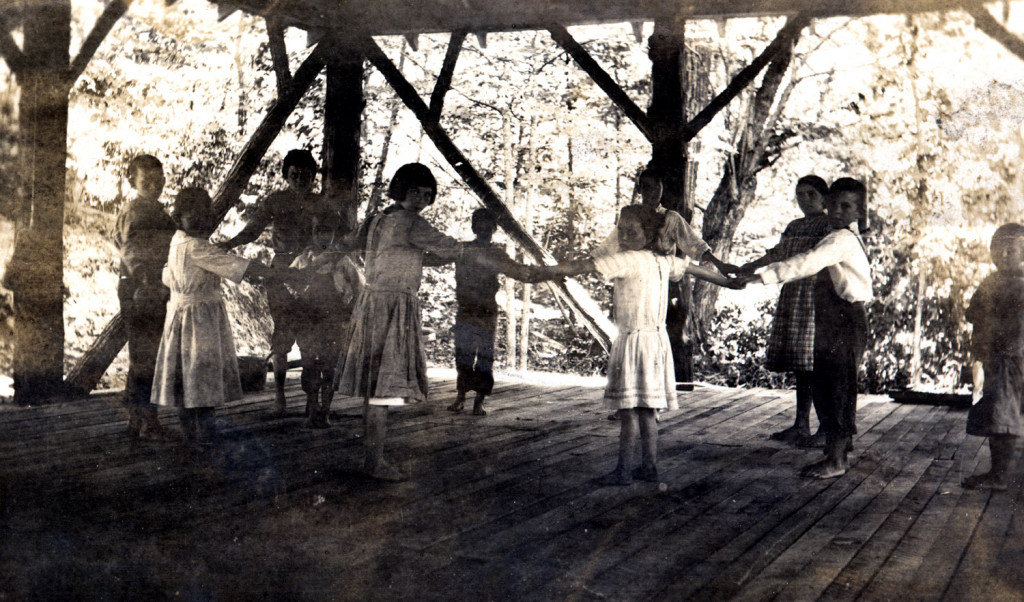 When the earliest classes were held in the House in the Woods, many of the early images show children in various recreational activity at the School, particularly, dancing. However the badly damaged photograph below shows the students clearly engaged in studies. 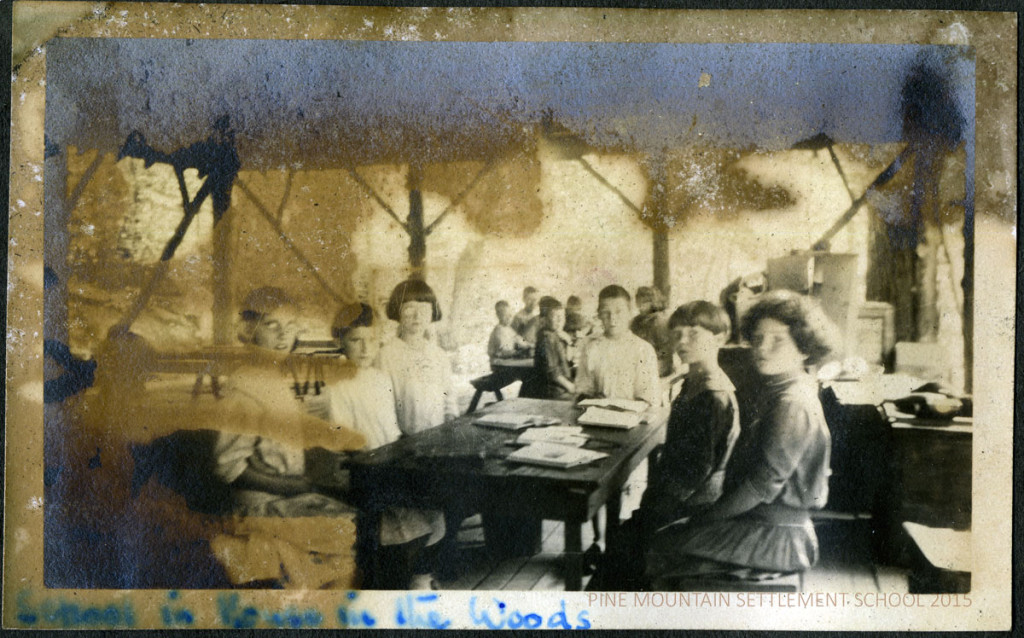 GALLERY House in the Woods 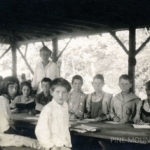 Students in the House in the Woods, early open classroom. II_2_early_days_124 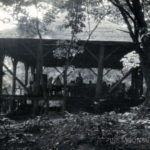 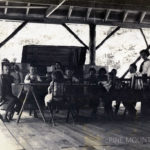 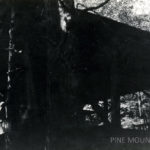 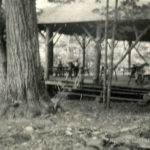 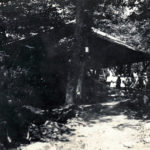 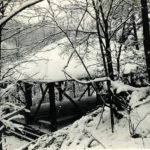 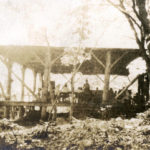 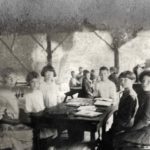 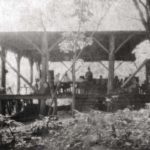 Little House in the Woods. [melv_II_album_097x.jpg] 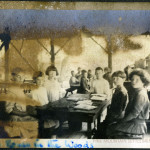 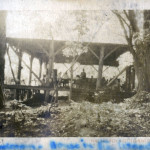 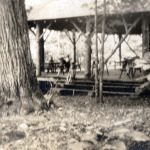 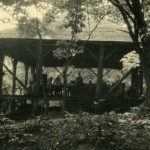 House in the Woods paviion with children and staff, distant view. II_2_early_days_123b.jpg 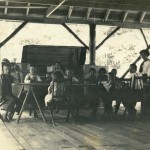 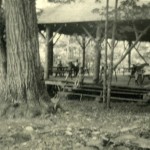 House in the Woods pavilion showing tables and children and open plan. .II_2_early_days_122c.jpg 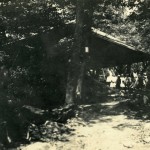 House in the Woods pavilion , view from below. .II_2_early_days_122b.jpg 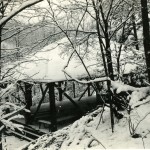 House in the Woods pavilion in the snow. II_2_early_days_122a.jpg 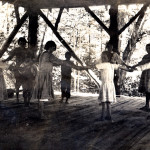