The Community Fair Day is one of many annual events that has a long history at Pine Mountain Settlement School. It started in 1917 as an extension of the Harlan County Fair and the School’s “Farmer’s Day.”

While the fundamental program of the Fair has remained remarkably consistent, the scale and scope of the Fair have varied from year to year as interest in fairs has waxed and waned in the School, the community, and the nation.

Ruth E. Campbell wrote to Katherine Pettit on September 26, 1930, of the School’s plans for Fair Day:

...Fair Day is tomorrow and we are all praying it won’t rain — after praying all summer and for the past month that it would! Several bets are up, with a payment of ice cream cones, on the subject — but I think all things point to rain…. Becky May is getting up many country dances, there is to be an exhibit of old things, most of them collected by Sallie, the usual huge amount of ice cream has been ordered, Mrs. Crit promises to be here, and I believe you would think, that it was going to be a real fair day….

…Miss [Marian] Kingman wrote me what a nice fair they had….You and I gave over the entire charge of the fair to her because of her great interest and knowledge in that kind of thing and of her contact with the country people with her extension work …

[All correspondence is typewritten unless otherwise specified. Contents are in chronological order and not necessarily in the order of the images.]

[1930_fair_day_022-2.jpg] Pettit to H. E. Taylor, Berea College, May 23, 1930. Thanks Taylor for getting President Hutchins consent for Fourth of July, but will ask Hutchins to speak at September Fair Day instead.

[1930_fair_day_024-4.jpg] H.E. Taylor to Pettit, May 27, 1930. Because of “a possible trip abroad in October, it would be…impossible [for Hutchins] to have any engagement whatever for September or early October.” However, he could still accept for July 4th.

[1930_fair_day_025-5.jpg] Pettit to President Hutchins, Berea College, June 3, 1930. Welcomes Hutchins to the Fourth of July service. “I shall not be here, but our new director, Mr. Hubert Hadley, will be glad to welcome you….” Provides travel directions.

[1930_fair_day_026-6.jpg] Wm. J. Hutchins, President, Berea College, to Pettit, June 5, 1930. Will not be available in September and several months thereafter, but suggests that Pettit not “make any particular effort to have an audience for me on July 4th and please allow me to simply to have a good time with the boys and girls and men and women, many of whom I have come to know and to admire.”

[1930_fair_day_027-7.jpg] Hubert Hadley, PMSS Director, to Mr. J. M. Feltner, College of Agriculture, University of Kentucky, August 11, 1930. Invites Feltner to “return to this year’s Fair Day and…give a talk on any subject which you consider suitable for our audience, as well as aid in conducting the program of the day?”

[1930_fair_day_029-9.jpg] Hubert Hadley to Mr. Robert Harrison, Harlan, Ky., August 11, 1930. Invites Harrison to be one of the Fair Day speakers. “I feel that the men around here need to know all they can learn about just the kind of thing you can tell them, and shall take it very kindly indeed if you will give a talk along the lines of agriculture as it should be practised (sic) in this region.”

[1930_fair_day_032-12.jpg] Ida C. Hagman, Extension Specialist in Home Management, Cooperative Extension Work in Agriculture and Home Economics, College of Agriculture, University of Kentucky, to Hubert Hadley, August 20, 1930. Declined Hadley invitation to speak at the Fair as her schedule is full.

[1930_fair_day_033-13.jpg] Hubert Hadley to Mr. Funkhauser (sic), University of Kentucky, September [?], 1930. Invites Funkhauser to give a Fair Day talk. “I feel…that you would be intensely interested in the crowd attending our Fair Day — a crowd gathering from this side and yon side of Pine Mountain, and dressed accordingly, with the same background, really, but with manners already widely divergent.”

[1930_fair_day_035-15.jpg] Robert T. Harrison, County Agent, Cooperative Extension Work in Agriculture and Home Economics, University of Kentucky, to Hubert Hadley, September 22, 1930. “I have written Miss [Marian] Kingman already and told her that I would be there on next Saturday to do anything I can.”

[1930_fair_day_036-16.jpg] Hubert Hadley to Miss Kingman, December 19, 1930. Referring to “settling the Fair business,” Hadley asks Kingman to attend to it today. “Many banks are in bad shape. The first of the year will bring many failures. By turning this money over to the school you will be relieved of the responsibility for its safety. It will also relieve my mind since my responsibility ceases when money is turned over to the Treasurer.” 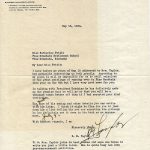 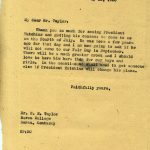 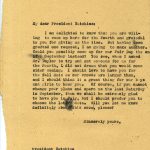 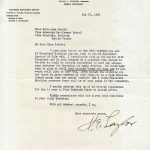 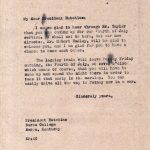 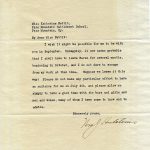 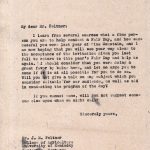 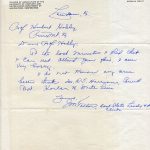 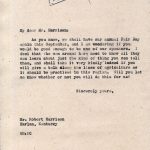 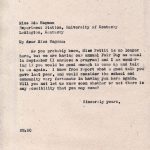 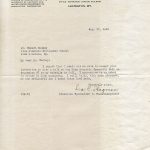 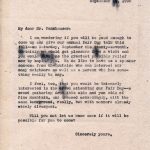 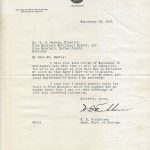 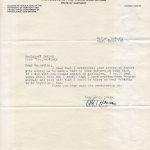 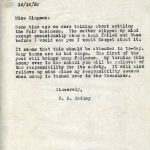 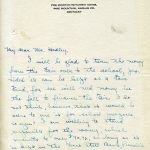 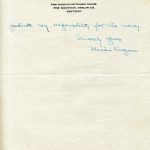 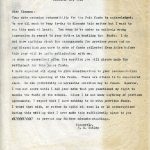 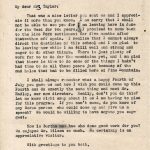 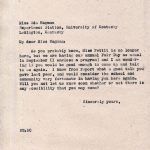