Dr. Abby Noyes Little was the second medical support at Pine Mountain Settlement School. She followed Miss Clara Davis, a nurse, whose pioneering efforts in eradicating hookworm, trachoma, and fly-borne diseases was a model adopted by many of her successors. Clara Davis, the nurse, had ridden into the Pine Mountain valley shortly after the arrival of Miss Pettit and Miss de Long in April of 1913. Mary Rockwell Hook, the School’s architect came later in 1913 to set up the School and can be described as a “founder” in the plans for the School.

Dr. Little came to Pine Mountain in 1916 from Newburyport, Massachusetts, and remained until 1918. She picked up the health literacy that had been started by Clara Davis and moved it forward in the now working institution. She lived in “Pole House,” and held her clinics in Old Log, a space that was a challenge in its capacity to serve the ever-growing population of patients as well as children who were in attendance at the School.

World War I was in progress at the time that Dr. Little left Pine Mountain Settlement School. She became involved in tending soldiers overseas, as mentioned in this October 1918 letter written by Dr. Augusta G. Williams to The Radcliffe Quarterly, the Cambridge college’s alumnae magazine:

Ten days ago Dr. Fitch put me, with Dr. Abby Little of Newburyport [Massachusetts] who has joined us, in charge of a big tent of wounded Algerian and Moroccan French soldiers to do all the dressings and have complete authority.

As of 1929, Dr. Little was employed as assistant physician at the Laconia (New Hampshire) State School, an institution for people with developmental disabilities.

Just two years after Dr. Little’s departure, in 1920, the Infirmary was built at the Pine Mountain Settlement School. This rural hospital coordinated its outreach with the new medical settlements at Big Laurel, some four miles from the School on Greasy Creek, and on Line Fork, some six miles east of the Pine Mountain campus.

PMSS’s Archive Collection holds correspondence betweem Dr. Abby Noyes Little and PMSS directors, dated 1926 through 1947, while she was living in Laconia, New Hampshire. She often sent donations of money and books for the library and visited the School again in October 1926. In particular, she provided financial support for the 1926 relocation and renovation of Aunt Sal’s Cabin, Angela Melville‘s summer 1939 work at the Medical Settlement and, in 1946, PMSS’s plans for the Creech Memorial Hospital. 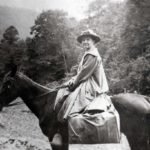 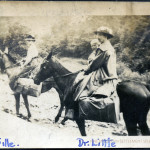 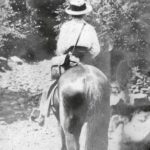 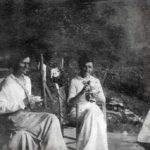 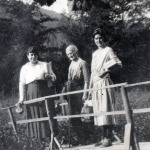 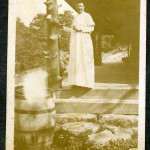