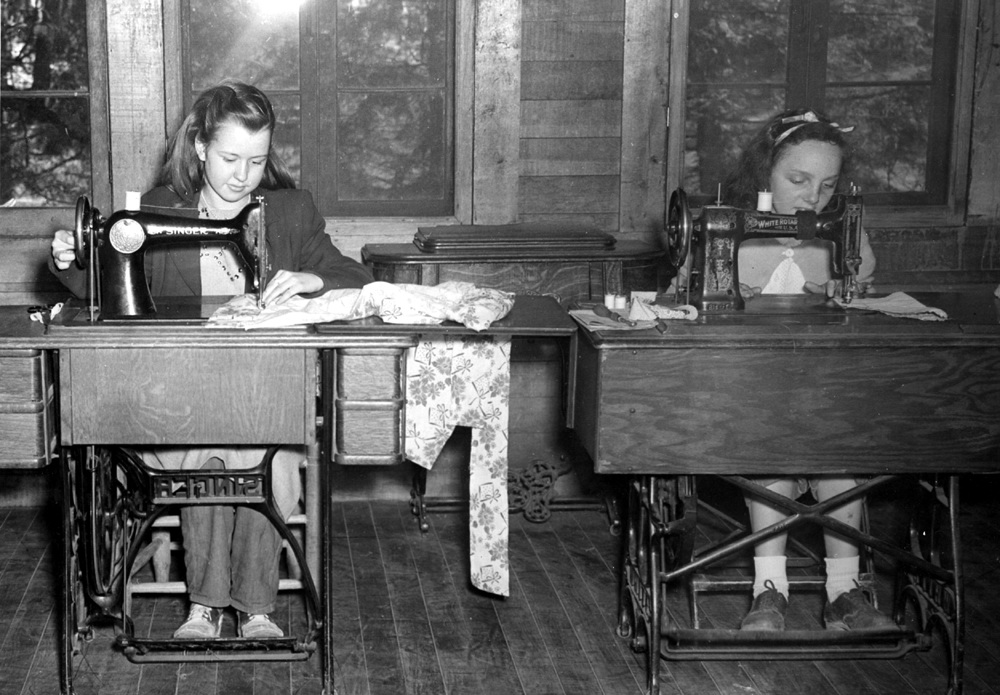 Eva Dale Adams was a boarding student at the Pine Mountain Settlement School (PMSS) in Pine Mountain, Kentucky, from 1942 until she graduated on May 25, 1945.

The little information that has been found in the PMSS Collections to date concerning Eva Dale Adams indicates that her name was among those who were accepted into church membership in a special Chapel service on May 23, 1944. Also, in the same year, she wrote an article in the military-themed issue of the 1944 Pine Cone, titled “News from Men in the Service.” She reported on former staff member August Angel and former student Junior Blair.

In 1935, a large-scale change was made in the formal academic program, including the decision to dispense with traditional report cards. Instead, teachers and students sent letters to the students’ parents or guardians at the end of each semester, reporting on the students’ progress. The students’ letters were self-evaluations in which they wrote of their successes and favorite activities, as well as their shortcomings and plans for improvement. These subjects are covered by Eva in her handwritten self-evaluation letters that she sent to her parents, images and contents of which can be found here.

Eva concluded her December 1944 letter to her parents by stating,

When I try to think what has meant most to me this first semester on the campus, it seems that I don’t think of a particular one because there have been lots that meant something to me.

Eva Dale Adams’ biography will be updated as additional information is discovered.