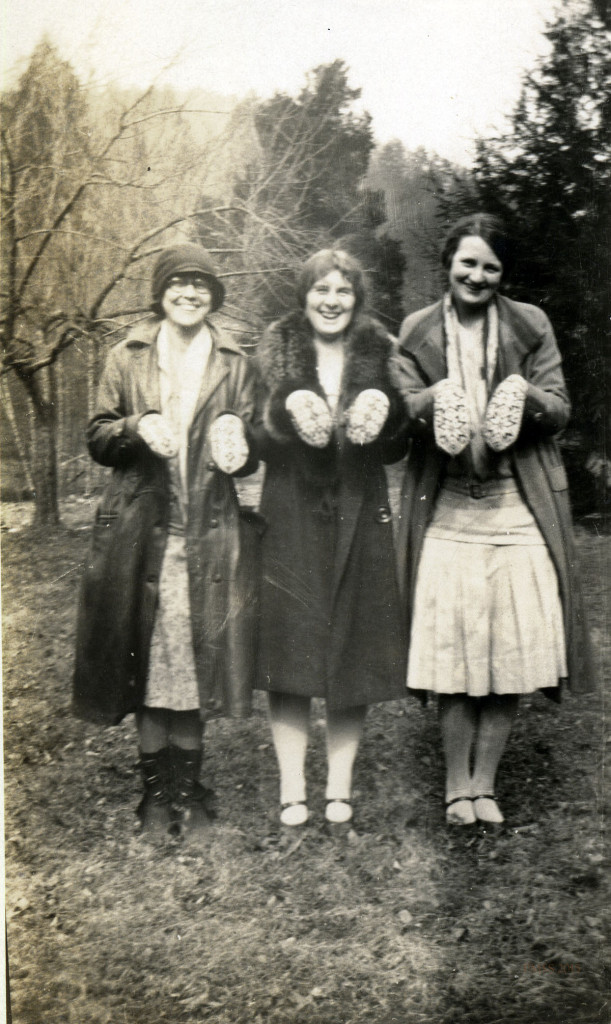 [Note: [Note: Letters from PMSS staff in the PMSS Collections are carbon copies, typewritten, unsigned, and meant for the Office files. The original signed copies were sent to the correspondents. The initials at the bottom left of most PMSS letters indicate the writer (along with initials of the secretary). For example, “HH” refer to Hubert Hadley and “GM” to Glyn A. Morris.The following list of contents is in chronological order and not necessarily in the order of the image numbers.]

002 September 9, 1929. Reference with handwritten entries from F.N. Mallory, Lawrenceville, VA, for Miss Hilda Conn. “Much interested in this type of work…excellent ability to cooperate…very successful ability with children…marked sense of humor….” (IMAGE IS RESTRICTED)

001-001a September 13, 1929. Two-sided reference with handwritten entries from Miss Pearl M. Day, NYC, for Miss Hilda Conn. [001] “Interesting personality, cultured and broad in her interests…excellent self-control…excellent ability to cooperate…excellent integrity…excellent ability with children….” [001a] “Hilda Conn is the type of person I should find very enjoyable and satisfactory in just such a place as yours. She will be loyal and anxious to do her best which is at all times above the average. She has a good education and I should say a very good mind which she enjoys using. Pearl M. Day.” (IMAGE IS RESTRICTED)

The applicant listed three references with names and addresses.
Applicant’s remarks: “Have done service(?) work. For two years was away from civilization. The lack of city attractions mts. Will not worry me.”

005-005c July 13, no year (later notation: “1930”). Four-page handwritten letter to Mr. Hadley (Hubert Hadley, PMSS Director) from “H.C.” (Hilda Conn) at Camp Tahoma, Pike, NH. [005] Conn encloses “two tests filled out by Elsie – also the two books of instructions.” [005a] “…if she can fit in in any way at PMSS, we shall be so glad. … Her work at Dongan Hall (the school on Staten Island) and here as maid is very satisfactory. [005b] Describes her own Camp experiences. [005c] She has orders for Fireside Industries Department products.

006 July 19, 1930. To “Gentlemen” in the Department of Research at University of Minnesota, Minneapolis, MN, from HH (Hadley). Hadley asks for an interpretation of the score made on the Haggerty Intelligence Examination by a girl on July 10, 1930. He provides the score, then describes the girl’s background: She was 20 years old, a French-Canadian from Labrador who studied under Dr. Grenfell. She then spent two years in Massachusetts, working as a boarding house waitress and a maid in private homes. (IMAGE IS RESTRICTED)

007-007a July 19, 1930. Two-sided letter to Miss (Hilda) Conn at Camp Tahoma, Pike, NH from HH (Hadley). Hadley has studied the test (taken by Elsie to determine her grade level), but “the results of the test were very uncertain for the variation was a great deal greater than we usually find in the accomplishment of students.” He then lists the rankings for various school subjects, indicating a different grade for each. He has written to the author of the test for an interpretation. “The fact that Elsie is twenty years old should not make any difference in taking Elsie at Pine Mountain, if she is desirable in other ways.” (IMAGE IS RESTRICTED)

008 August 7, 1930. To Miss Conn from HH (Hadley), who had received a report from the University of Minnesota concerning Elsie’s test. They had determined her score and suggested another test. Hadley may accept Elsie to see if the School will benefit her. (IMAGE IS RESTRICTED)

009 August 16, 1930. To Miss Conn from HH (Hadley). “We are saving a place for Elsie….” ; asks if Conn will be bringing Elsie when she comes to PMSS. Hadley has been doing the School’s accounting in Miss Conn’s absence. “I trust that Meldrum and Meldrum may wait until you return before putting in their order for the fireside industries business….”

011 January 12, 1932. To Miss Conn, on vacation in Memphis, TN, from GM (Glyn Morris, Director), who regrets that she is planning to resign. In the meantime, he has been looking for a bookkeeper, possibly Gladys’ brother and his wife.

012 February 19, 1932. To Miss Conn from (unsigned), who thanks her from the copy of the Literary Digest. Encloses a copy of a letter concerning Miss Davis, that Conn had requested. Tells about the flooded creek tearing away the bridge opposite the pool; “We now have a new rustic bridge there.” Mentions “my room” in Laurel House; getting out the February Notes.

013 February 22, 1932. To Miss Conn in Memphis, TN, from GM (Glyn Morris, Director), who is sending Conn the seven dresses that were taken from her. He describes how they were retrieved. 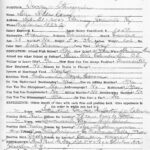 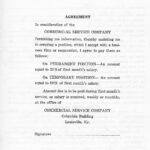 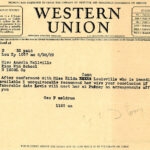 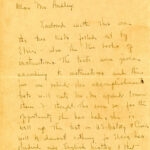 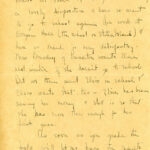 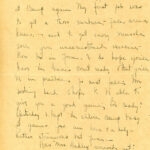 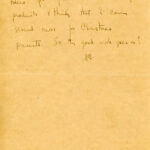 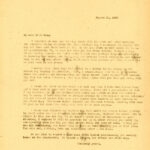 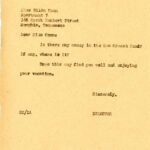 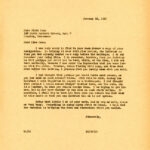 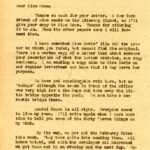 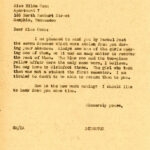