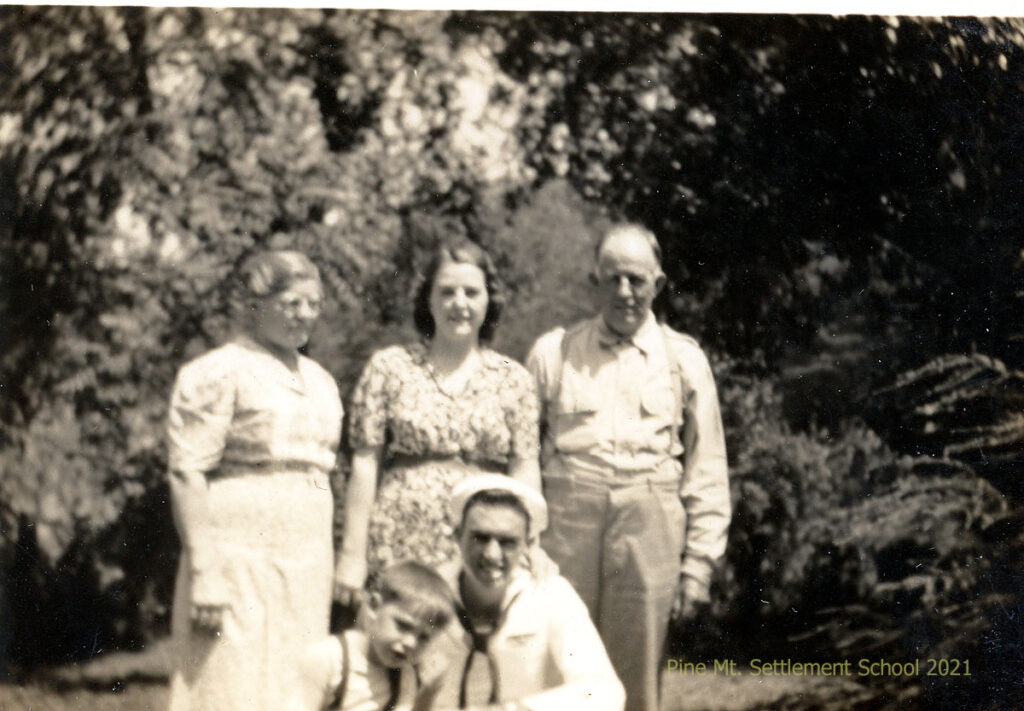 [NOTE: Letters from PMSS staff in the PMSS Collections are carbon copies, unsigned, and meant for the Office files. The original signed copies were sent to the correspondents. All letters and reports are typewritten unless indicated otherwise. The following list of contents is in the order of the image numbers and not necessarily in chronological order.
The last names of the family members vary in the letters and documents as “McIntire” or “McIntyre.” Buster appears to have preferred the latter spelling.]

007 July 22, 1936. To Mrs. Columbus Creech, Pine Mt., Ky., from Glyn Morris, Director, reporting on Buster: “Buster has ability which he is not using, and we should be gratified if you would speak to him about trying harder for the coming year.” He does not live at the school; “His conduct was good….”
008 June 14, 1940. To Mrs. Mary McIntyre, Jeff, Ky., from [unsigned, likely Morris], sending a summary of Buster’s progress for this year and a letter from Buster about his own development. Morris goes on to write that Buster’s irregular attendance has made him deficient in his school work and will need remedial work to catch up.

Morris suggested to Mrs. Emily Creech that Buster should attend Berea Junior High School next year as a half-day student; otherwise, he would benefit as a boarding student at PMSS [instead of a day student].

009 May 31, 1940. Handwritten letter to “Mother” (Mary McIntyre), from her son, Buster. “…I am getting along good in school and having a nice time.” He is taking mechanics class three times a week, and wants to be a mechanic when he grows up.

010 June 14, 1941. To Mrs. Emily Creech from [unsigned, likely Arthur W. Dodd], Principal, who quotes from one of Buster’s teachers: “He became a better workman, more patient, diligent, and took more care…He learned to be respectful toward others’ opinions.” Dodd feels that this positive statement “seems very hopeful and, when put alongside the good report by his civics teacher, gives reason for feeling that many gains have been made this year.” Buster’s chief interest is in auto mechanics. Buster was absent when the students wrote their own appraisals. “Perhaps you can get him to give you this orally.’

011 December 20, 1941. To Mrs. Mary McIntyre from [unsigned, likely Arthur W. Dodd], Principal, enclosing Buster’s letter of self-appraisal. “He has made more gains this term than at any other period….Several teachers report great gains in cooperation, courtesy, and effort to prepare his lessons. He is becoming a man now, as you can see, and we are hoping that he will become a useful one.” Dodd concludes, “in this grave period of our national life,” that every student becomes a useful citizen and appreciates Mrs. McIntyre’s “continued sympathy and support” of this “American ideal.” He asks that this letter is sent to Mrs. Creech, ”because she is greatly interested in Buster’s growth, too.”

012, 012a, 012b December 16, 1941. Three-page handwritten letter to “Mother” (Mary McIntyre), from her son, Buster. “I have learned the most in co-op,” taught by Miss Hill. He explains the value of cooperation and the operation of the School’s co-op store. He has a part in Our Town, an English class play. Tells about mechanics class and his plans to take welding, biology and history classes. “In the beginning of the fall my attitude was not so good as it should have been, but I think it has improved very much….”

013 June 13, 1942. To Mrs. Mary McIntyre from [unsigned, William D. Webb], Acting Director. (Carbon copy to Mrs. Columbus Creech.) Describes the 1942-42 school year as “a year in which sweeping changes have come about in our national life; a year in which we as teachers and students have tried to find out just how we can be of most service to our country.” Encloses Buster’s self-evaluation letter; praises Buster’s gains in the Co-op group and in his attitude.

014, 014a May 20, 1942. Two-sided handwritten letter to “Mother” (Mary McIntyre), from Buster. “…I think I have improved very much…I think I have got along fine in all my classes except Biology and I am doing better in that class now.” Tells about his other classes: Mechanics, history, co-op, English. He missed a month of school during the epidemic.

[NOTE: The images of the following school records [017 – 056a] are considered private material and are not generally publicly displayed. Their access may be provided on request, pending approval of Pine Mountain Settlement School and the archivist of the PMSS Collections. Contact the main PMSS Office for information.]

051 September 1945. Health record for Buster McIntyre (height and weight only). 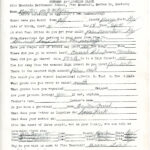 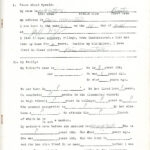 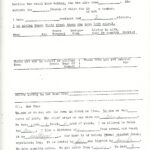 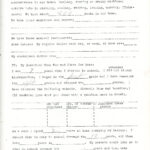 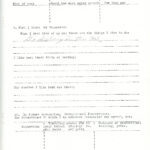 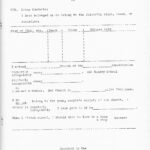 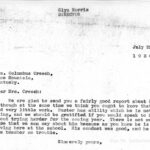 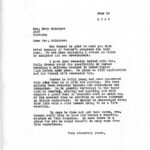 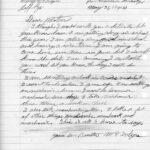 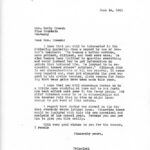 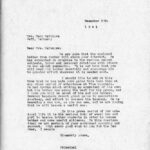 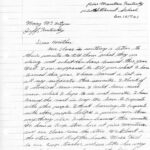 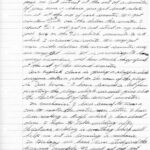 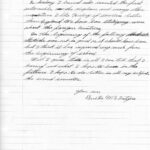 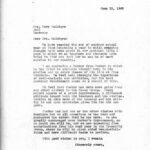 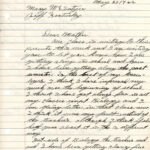 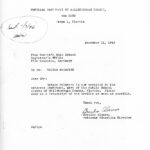 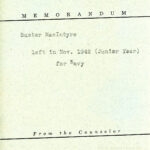