Wildflower and Bird Week-ends, Summer Spinning Bee, led by local craftswoman Sarah Bailey and members of the Kentucky Weaver’s Guild. 119 attenders went through all the old time intricate processes of shearing the sheep, carding and spinning the wool into yarn, dyeing yarn with vegetable dyes, and finally weaving the patterns. Textile Workshop.

The first annual Homecoming was organized in August, with more than 100 students from every decade and program of PMSS since 1913 in attendance.

The Kentucky Heritage Commission declared “The William Creech House” and “The Adrian Metcalfe House” to be “Kentucky Landmarks Worthy of Preservation.”

A special Board Meeting in Berea March 7, 1975, considered the proposal of Mr. Clyde Bennett, Harlan County (son of early Pine Mountain student Fairanna Day Bennett Creech) to make a gift of $100,000.00 for a home for homeless children. Many questions were raised, including total funds needed for such a project, current recommendations for family or family-type placements instead of institutional placements, and alternative suggestions of a Harian County program for Emotionally Disturbed Children, such as the one Preston Lewis is involved with.

An “Appreciation dinner” for Harlan County friends was held in May, 1975.

A 4-Square Gospel camp was held at PMSS during summer. The Dayton Church camp came July 20-16. 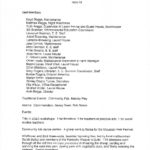 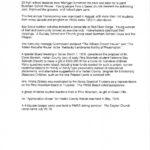