…for Pine Mountain’s future, was discussed and adopted. Committee B’s report, on Board structure, was presented for discussion; approval will be considered at a later date.

The West Wind living room was dedicated to the memory of Margaret R. Motter, former PMSS teacher, high school principal, publicity director and fund raiser at PMSS. Her nieces, Mrs. Dwight Collmus and Mrs. Sam Maples had given generous gifts in her memory, which made West Wind improvements possible.

Renovation and restoration of Old Log House was completed. The entire back of the building was replaced, and lifted up with replacement of floor joists. A new roof, windows with frames and a new bathroom were installed.

West Wind floors were refinished, rooms and hallways painted, new beds and mattresses were installed in each room, and a new bathroom was installed on the top floor.

In February the local Homemakers’ Club met one day each week to learn to spin, wind warps and weave.

Omeda and Walden Holbrook raised money for a 38′ flag pole, installed in front of Laurel House. 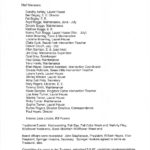 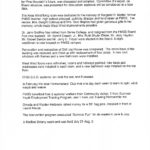