Page 1
Co-ops present Thornton Wilder’s Our Town play; streptococcus strikes the campus and many are treated with sulfanilamide and dishes washed carefully; Annual Tomfoolery Show is given; New winter sports tried out by staff and students at School on new bob-sled.

Page 2
THE PINE CONE – “A school and community paper published monthly by the students of Pine Mountain Settlement School.”

Editorial: World War I; racial superiority; call for decency in behavior to others; National Defense on the School campus; “The old swing out  – the new swing in” of the Citizenship Committee; Charity Fund distributed including $50 to the Chinese Relief Fund and $20.50 to Tuberculosis Society and $21.00 to Rev. Rainey of Everts and $10 to School fund for students.

Page 4
Ray Garner and Virginia Garner on campus to make a movie for the Harmon Foundation; Garners leave Pine Mountain for the Smokey Mountains to make a picture called “Land of the Sky” which is something entirely new in making pictures. They used music cut into phrases and then made pictures to fit the music; new students come; Martha Lewis essay; Poem “The Diary” by Anonymous. 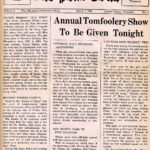 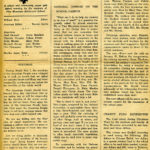 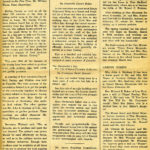 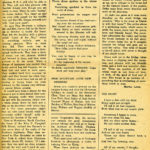