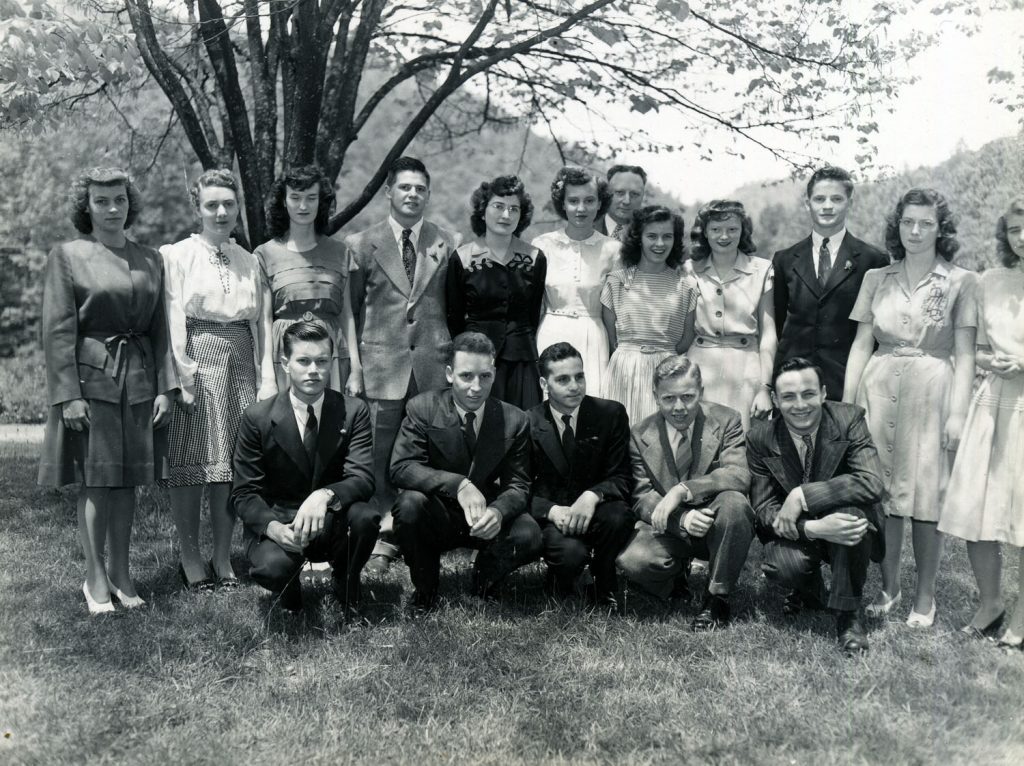 Faye Trail (Deaton) was among the Class of 1946 graduates of the Pine Mountain Settlement School. She and her husband, John H. Deaton, also a former PMSS student, remained connected to the School through their work with the Association of Friends and Alumni and attendance at homecomings in the 1970s and 1980s.

In the Homecoming Report of 1986, “Ebb” Ayers Howard described memories of her classmates in a list of “Reflections.” She wrote this about Faye Trail Deaton: “My life time friend; very talented and warm, doting grandmother now. Hasn’t changed a bit from first grade.”

For the 1986 Homecoming Report, Faye submitted “A Pine Mountain Trail,” in which she described how her time at the Pine Mountain Settlement School had influenced her life:

This year we were asked to bring something from our Pine Mountain years for “Show and Tell”. Pursuant of that, I searched through my small collection of memorabilia — old Pine Cones, Conifers, George Washington Ball dance cards, a letter postmarked Great Lakes, Illinois, 1945 from a young sailor named John Deaton. And there, folded neatly, were half a dozen letters written by Mr. [Arthur W.] Dodd that had been enclosed with letters of my own to my parents. Pine Mountain’s report card. In the first letter, dated December 1942, was the statement “One person who knows Faye best says she is chronically “agin” nearly every thing and everybody.” I read that part of the letter again and then stopped to consider it, going back in my mind to those first months at Pine Mountain. I had to concede that those words were true. Why?

I had come from a situation at home that had required me to cope with problems from the age of twelve that would have bested many adults. My mother had ceased to be a mother and had become a child. The responsibility of feeding, bathing, dressing and looking after her fell to me. I tried to assume the running of a household. I was overwhelmed. When I discovered that my mother’s “strange sickness” had become a source of gossip in the community — humiliation was added to my troubles. I reacted to this new hurt by becoming angry and defensive. Thus — I came to Pine Mountain. That place where the beauty soothed, where the good and gentle workers took the raw edges [off] my being and with their teaching, encouragement, praise and caring, helped me reshape my world.

That, Pine Mountain, is one of the reasons I love you.
Faye Trail Deaton 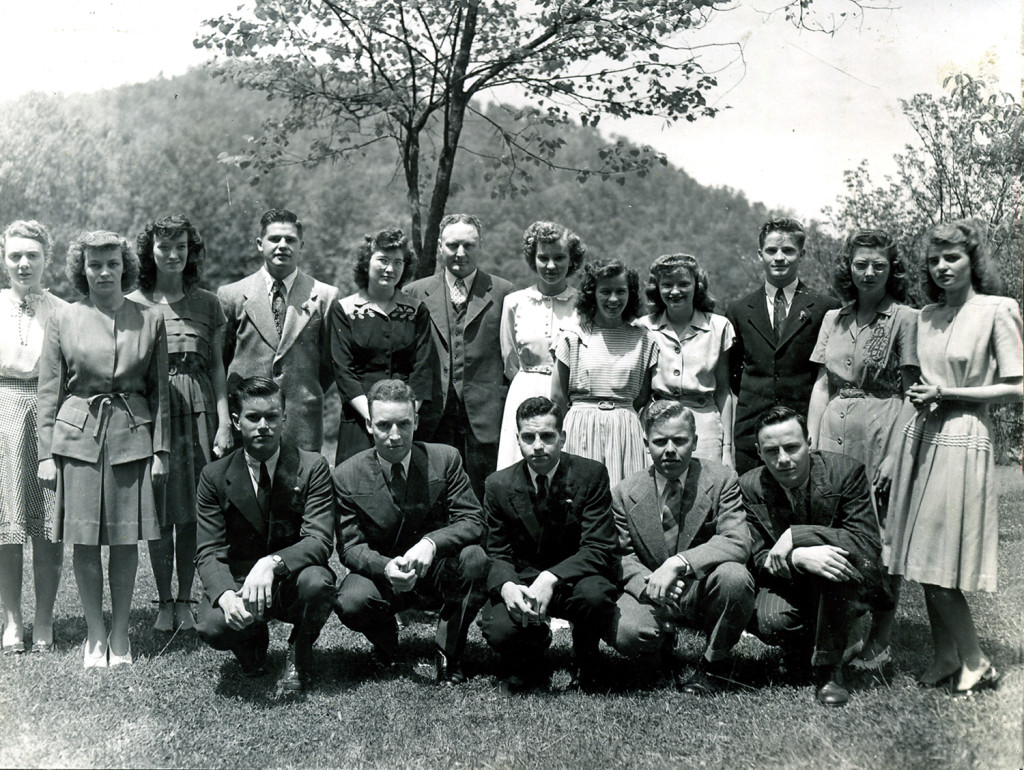 Faye was a prolific writer as a student and following her graduation. She especially enjoyed poetry. One of her earliest poems written while at Pine Mountain School, captures a favorite craft at Pine Mountain while memorializing Aunt Sal, wife of William Creech, a founder of the School. The poem weaves together the many strands of humanity with the physical craft of weaving. 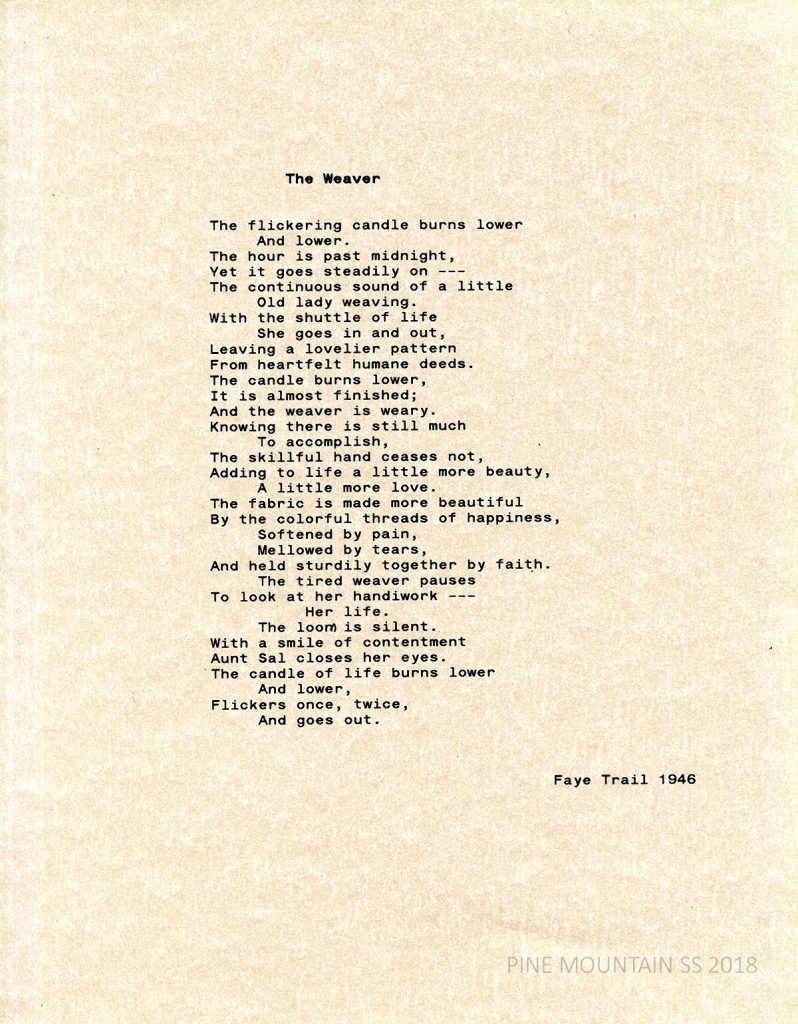 Frances Faye Trail was born in 1928 in Twila, Kentucky. Throughout the 1930s she and her family lived in the coal mining camp in Harlan County. She had one sibling, a brother who was three years older. Faye’s mother, Viola Masin Trail, was born c. 1907 in Ohio. Her father, Wiley Trail, was from Tennessee. At age 34, he was working as a machine operator in a coal mine according to the 1940 United States Census.

Faye and her husband raised two sons. During the 1970s and 1980s, Fay and John Deaton lived in Morristown, Tennessee. See “Bibliography” below for a partial list of books and poems written by Faye Trail Deaton.