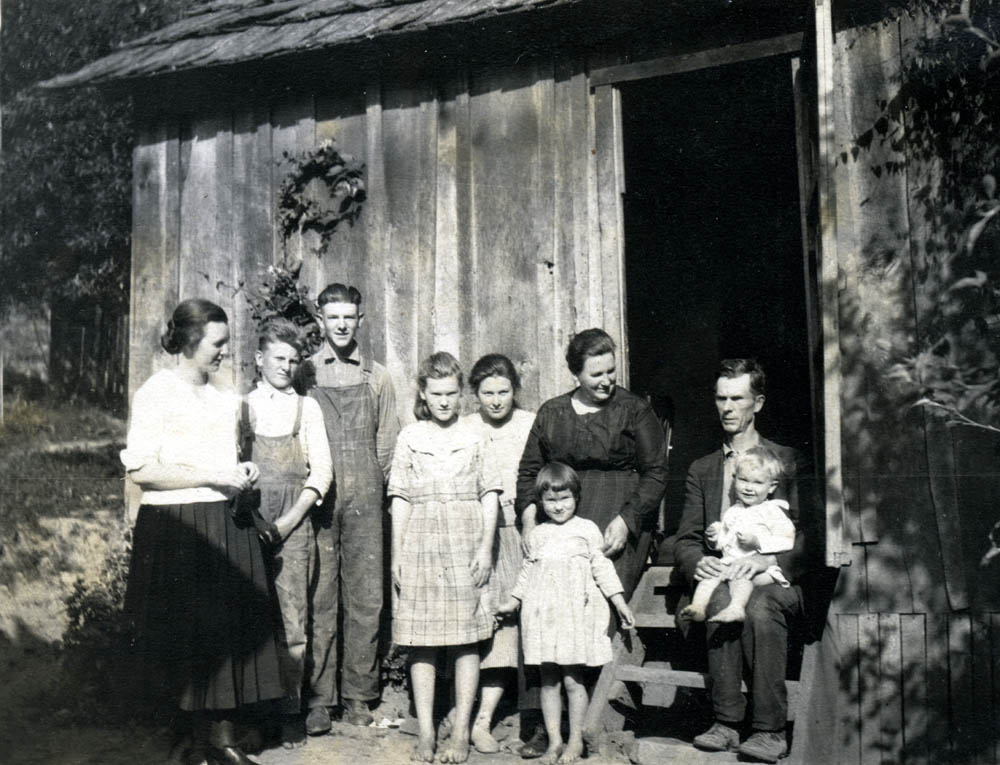 Kitty Ritchie came from one of the most well-known ballad-singing families of Kentucky; the ‘Singing Family of the Cumberlands.” Music was central to the lives of the Ritchie family. They sang as they went about their house and gardening chores and at family gatherings, a custom that continues in the extended family to this day. Kitty’s youngest sister, Jean Ritchie, became the most well-known of her siblings as a commercial performer, author, recording artist, composer and folk music collector.

Kitty Ritchie was one of six Ritchie children who attended Pine Mountain School throughout the 1920s. (Others in her family of 14 children attended nearby Hindman Settlement School.)  Evelyn K. Wells, a PMSS secretary from 1919 to 1931 and acting director in 1931, described in her 1955 Harvard University talk, “Appalachian Folksongs,” how the Ritchie children contributed to the musical culture at Pine Mountain:

…[It] was from the children that we learned most of our songs … And most all, songs from the Ritchies. Sabrina [Ritchie], Uncle Jason‘s daughter [Jason Ritchie, was first cousin to Jean Ritchie’s father] and our weaving teacher, taught us “The Little Devils,” and “Nottamun [sic] Town,” and “The Wife Wrapt in Wether’s Skin.” May [Ritchie Deschamps] taught us “The Little Family.” Truman [Ritchie] led us in “Going to Boston,” and “Cedar Swamp.” Every Ritchie that came our way — they alternated between the Hindman and the Pine Mountain Schools and of the 14 [children] we drew May and Raymond and Truman and Kitty and Patty and Jewel[l] — they all made contributions to our repertoire.

In turn, Craig Evan Royce, in his book, Country Miles are Longer Than City Miles (W. Ritchie Press, 1976; AuthorHouse, 2007). quotes Kitty’s recollections of the influence PMSS had on the family’s interest in music:

While attending eighth grade at Pine Mountain, Kitty played the part of Viola in Shakespeare’s “Twelfth Night,” a performance that was described by teacher Marguerite Butler in her 1920 letter home as “just about perfect.”

In 1922 Kitty was one of two Girl Scouts at Pine Mountain who received a scholarship to attend the First National Girl Scout Leaders’ Training School at Long Pond in Plymouth, Massachusetts. This opportunity was funded by Helen Osborne Storrow of Boston, an early Girl Scout leader who owned Long Pond and was the founder of the training school.

Pine Mountain graduates its first High School class this year, and whatever the future of our high school course, we cannot fail to take pride in these graduates, — two girls. One is Kitty Ritchie, the great-grand-daughter of Solomon Everidge, the Uncle Ephraim Kent of Miss Lucy Furman’s “Quare Women”; the other is Elva Lewis, grand-daughter of Uncle William Creech, founder of the Pine Mountain School.

After graduating from Pine Mountain School, Kitty went on to study at Berea (Kentucky) College.

Besides their musical talent, “[n]o thorough study of the traditional handicrafts of the southern highlands has ever been made without the inclusion of some member of the Ritchie family,” writes Craig Evan Royce. Several of the Ritchies were adept at spinning, weaving, quilting, and basket making. Kitty and her sister Mallie learned from their older sister, May Belle Ritchie (Deschamps) a very special craft that she first saw at Hindman Settlement School. It consisted of the construction of dolls, usually in pioneer costume averaging 10 inches in height, from corn shucks, the dried leaves or “husks” of corn cobs. 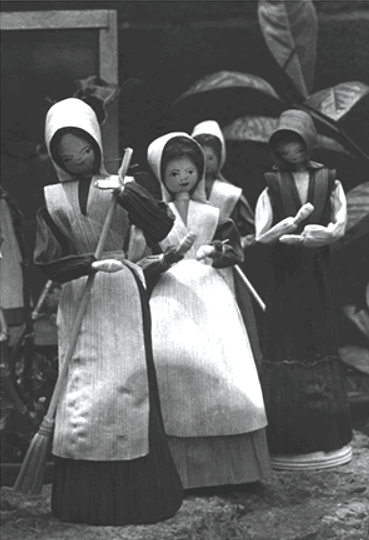 Kitty married Cornelius Singleton. She died on October 3, 1989, at the age of 85 and was buried in the Ritchie Cemetery, Viper, Kentucky. 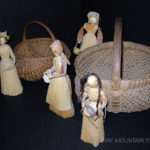 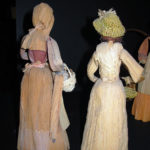 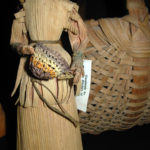 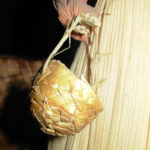 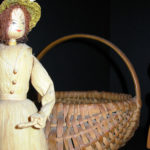 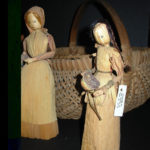