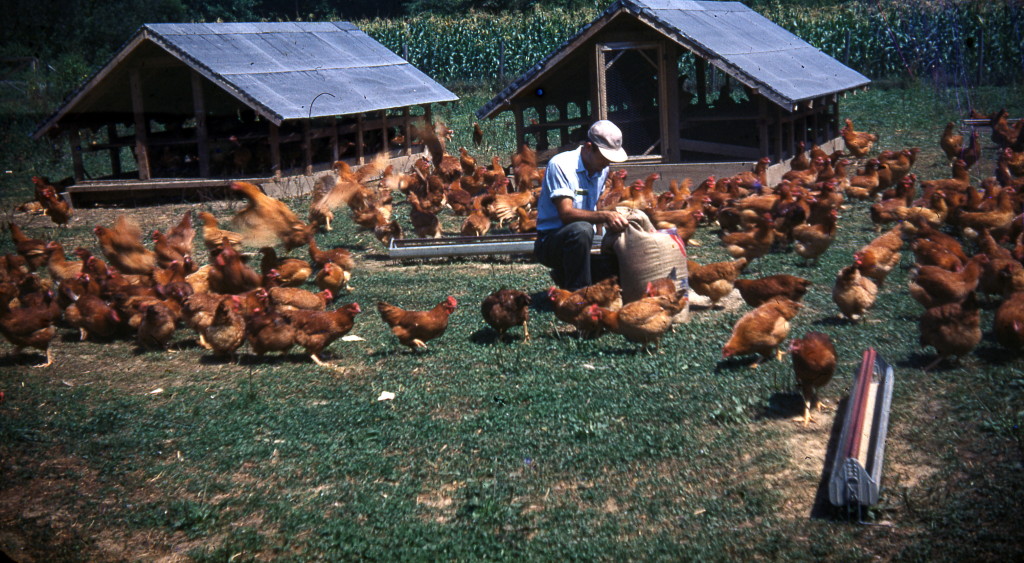 The Chicken House actually consisted of multiple chicken houses built to provide shelter for the many chickens that have come and gone to dumplings at Pine Mountain. It was the intent of many of the School’s staff that they have a ready supply of eggs and that chicken and dumplings be available to entertain when there may be visitors to the campus.

The first houses were a series of small board and batten structures that were gathered within a fenced off area. Here the chickens could roam in the yard by day but be protected by night, or lay eggs that would stay clean and easy to locate. These small “coops” were very efficient for small scale chicken farming, but when the flocks became larger, so did the chicken houses. However, as seen above, there was a reversion to the small individual chicken houses in the 1940s and “scratch” corn feed was purchased in sacks rather than grown at the School. 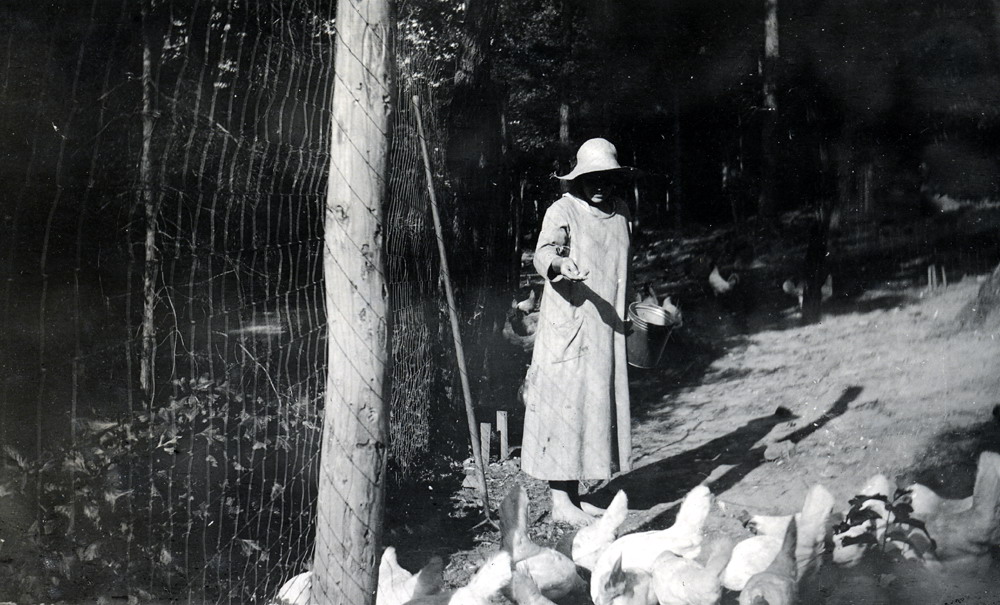 As poultry farming became more standardized, it also become more expensive. The first poultry flocks and their houses were modest in comparison to later houses, but all poultry house-types serve as visible records of the changes in small rural agricultural practice from the beginning of the twentieth century to its mid-point in the 1950s when industrial production of eggs and poultry became widespread.

While poultry farming had always played a role in supplying the School with eggs and poultry meat, the farm later turned to egg production as a commercial endeavor. But, the commercial production of eggs, like other farming practice in the 1950s proved to be too complicated in the tightly controlled markets. By 1953, poultry farming became a poor marketing venture for the school. The open markets could produce eggs more cheaply for the consumer and regulations that limited the sale of poultry meat through the free market system spelled an end to Pine Mountain’s sale of poultry and eggs through that means. By 1953, farming on a large scale at the School came to a close and the end of poultry production marked the end of that era.

Yet, of all the farming initiatives, chickens proved to be the longest lived of all the animal husbandry practices. This may have been due to the fact that chickens are relatively easy to manage and the yield in eggs over the life of the hen can be considerable. Even today fresh eggs from chicken flocks are a part of many households in the Pine Mountain community.
Pine Mountain School maintained a large flock of chickens for both eggs and for chicken ‘n dumplin’s, a favorite meal. At first, only fences protected the flock. Later, chicken houses kept the flock safe from fox and other marauders and, like the Ayrshire herd, the flock was expanded and various chicken breeds were favored over others for their egg production or for their meat quality.

This spring we have at last a herd of cows and a dairy. Two weeks ago our six new cows and bull, all Jerseys, were sent up from the Bluegrass, and today we had our first dessert made entirely of milk and eggs. We have a large chicken house and two incubators and have raised fifty-six chickens from the first batch. Two hundred more Leghorns are to come in from the out­-side world, and we think that by the end of the summer we will have 400 chickens. One worker devotes all her time to the care of the poultry and she has the most intelligent assistance from one of our older boys, age 15.

And, in the notes of Evelyn Wells‘ History (unpublished), the following paragraph:

In this department too we have had to work through a period of trying out delicate stock, the whole flock being white Leghorns when we first filled our new chicken houses in 1917, from eggs hatched in Miss Fawcett’s incubators. We do know that Rhode Island Reds are far more practical for us, and after years of experimenting have settled down to a very healthy and successful, if somewhat expensive flock of hens. 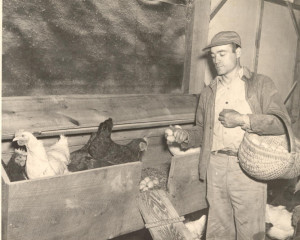 William Hayes, Farm Manager, with the poultry inside the large Chicken House, built in the 1940s. The basket over his arm is often referred to as an “egg basket” as its shape could hold eggs securely. Constructed of hickory bark, these extremely sturdy egg baskets were part of the local craft. Many photographs in the Pine Mountain Settlement School archives show workers carrying these useful and durable hand-made baskets. 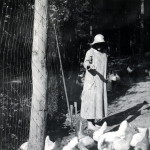 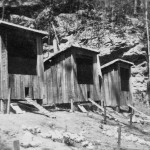 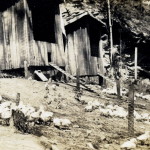 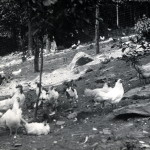 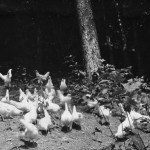 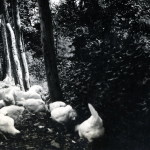 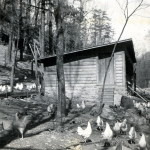 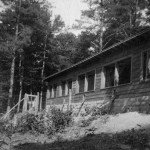 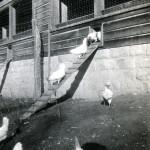 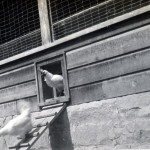