The Community Fair Day is one of many annual events that has a long history at Pine Mountain Settlement School. It started in 1917 as an extension of the Harlan County Fair and the School’s “Farmer’s Day.”

While the fundamental program of the Fair has remained remarkably consistent, the scale and scope of the Fair have varied from year to year as interest in fairs has waxed and waned in the School, the community, and the nation.

The 1934 Community Fair Day was marked by the dancing of the Kentucky Running Set, a dance form unique to the mountains of Kentucky.  It was first noted by Cecil Sharp who commented on the energetic dance and recorded it in his notes when he visited the School.

In 1934 there was another day referred to as “Community Day.” It occurred on February 21 at Pine Mountain. The event is described in the April 1934 Vol. 1 edition of The Pine Cone.

A program was presented by the students living in the community for their parents. The elementary children gave a play about Lincoln and the other students read various selections from literature.

After the program, old and young alike played games and refreshments were served. 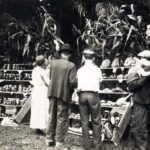 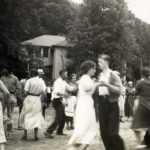 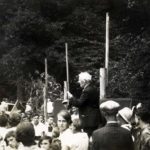