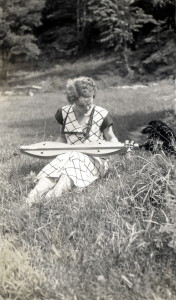 Barbara Wilbur (Faulkner) came to Pine Mountain after graduating from Wheaton College in Norton, Massachusetts, in 1932 with a BA degree in English and a minor in religion. Barbara worked in various positions at the Pine Mountain Settlement School (PMSS) during the 1930s. Over a period of approximately five years beginning in 1932, she served as a teacher, housemother, and as the bookkeeper in the School’s Office. In addition, the student publication, Pine Cone, of February 1936, mentions her help with costuming and makeup for the senior play, “The Valiant.”

Barbara’s application for a position at Pine Mountain School and the arrangements she made to travel there for the first time are recorded in her correspondence with Glyn Morris, PMSS Director at the time. To view the images and a list of contents of her letters, go to BARBARA WILBUR FAULKNER CORRESPONDENCE.

On November 9, 1933, Barbara married co-worker James (Jim) L. Faulkner of Tonawanda, New York, a mechanics instructor at the School from 1933 to 1937. The ceremony took place in the Chapel. Oradelle Malan, a PMSS English teacher who was also involved in the Pine Cone, folk dancing and stage productions, served as her Maid of Honor. Acting as Best Man was Oscar Kneller, PMSS farmer, who remained in touch with the Faulkners for many years.

Barbara has been described as “a very loving, caring and giving person, with a friendly and bubbly personality,” traits that likely contributed to her having many close and lasting friendships. Two couples who worked at Pine Mountain during Barbara’s time, William and Fern Hall Hayes and August and Susie Hall Angel, continued to correspond with and visit Barbara and Jim throughout the years after Pine Mountain. Barbara’s daughter, Martha Faulkner Fenno, recalls:

Fern Hayes was a student at Pine Mountain when my parents were there. When we gave a surprise 50th-anniversary party in Rangeley (Maine) for my parents, Fern and Bill hopped in a car with August and Sue Angel to attend the celebration. That was the first time I had met them, although August and Sue had long been among our ties to the Kentucky Mountain part of our heritage; we visited them on a trip to Pine Mountain when I was 5 years old, and I spent some time with them the summer I graduated from college. I remember visiting the Hayes’ lovely home on a later trip, and again when we returned to Pine Mountain with our daughter, Sarah, the year after my mother died [2003].

August Angel wrote in his memoir:

Bill and Fern were ex-students and ex-employees of Pine Mountain School and neighbors of ours in Viper. On the occasion of the Faulkners’ 50th wedding anniversary in 1985, Bill, Fern, Susie, and I paid them a surprise visit in Rangeley, Maine. In 1993, Susie and I visited Barbara in Mt. Vernon, Maine. 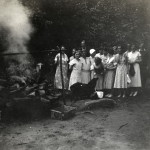 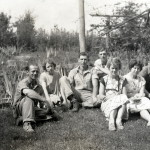 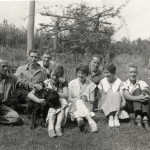 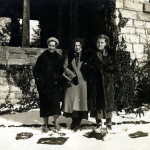 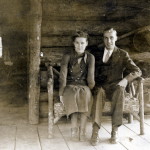 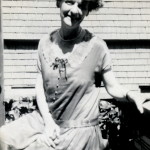 After leaving PMSS, Barbara and Jim made their home in Tonawanda, New York, where she became a full-time housewife, raising two daughters and a son. In 1946, the Faulkners moved to Mexico, Maine, where Jim worked as an engineer in the paper industry. Later, they lived in several towns in Maine, including Readfield and Millinocket, and then settling in Mt. Vernon for the last 33 years.

After her children entered high school, Barbara brushed up on her teaching skills at Boston University’s summer school and then resumed her teaching career full-time, working with kindergarten students.

In her earlier years in Maine, Barbara enjoyed downhill skiing and then cross-country skiing long into her 80s. According to her obituary, “As recently as 1998, at age 87, Barbara fulfilled a lifelong dream of visiting Egypt, exploring the pyramids, and even riding a camel. ”

Barbara Page Wilbur Faulkner was born in Somerville, Massachusetts, on July 17, 1911, the daughter of Willard E. Wilbur, a clerk from Westmoreland, New Hampshire, and the former Florence Bemis from Somerville. (Barbara was a member of the Daughters of the American Revolution through the lineage of the Bemis family.)

Barbara lost her husband in 1990 after 57 years of marriage. She was 90 years old when she died on May 13, 2002, in Farmington, Maine. She was survived by her older brother, Vincent Wilbur of Marblehead, Maine, her children, three grandchildren and three great-grandchildren.