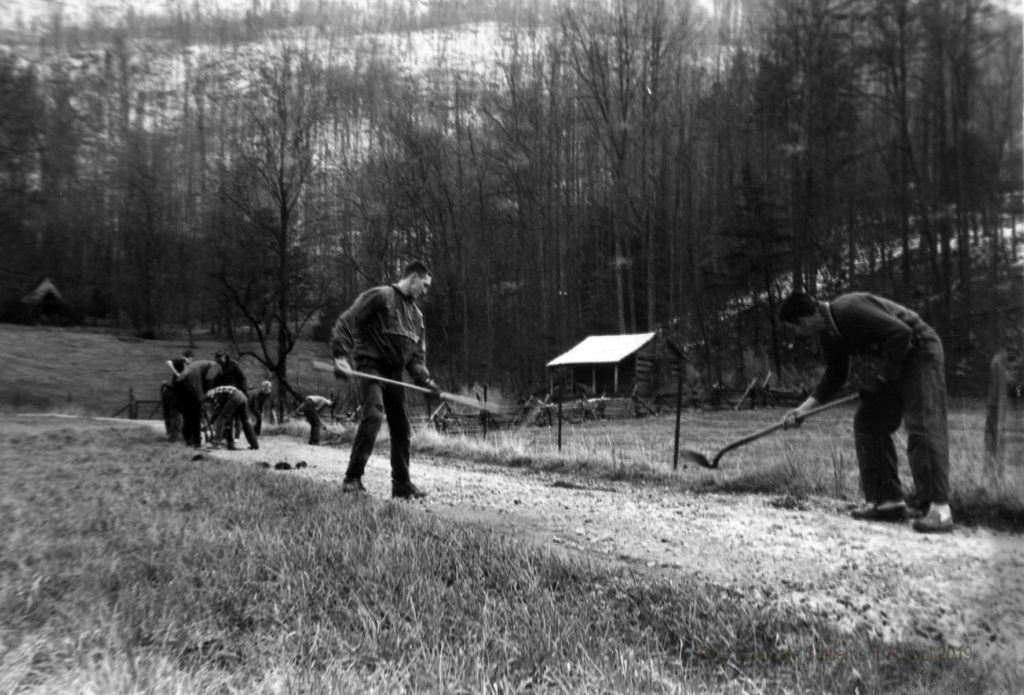 Working in the garden. [lynn_paul_comm_001b]

Limestone, in plentiful supply in eastern Kentucky’s soil, was a natural gift to the early farmers who tilled the land.

In the past, rural Americans, including Pine Mountain workers, processed their own lime, using a lime kiln to burn limestone from the surrounding mountains. Burning the limestone would produce by-products, the richest of which was “lime,” an alkaline compound used by farmers to neutralize the soil’s acidity.

PMSS farmers possibly introduced the practice of burning limestone for fertilizer to local farmers who were not familiar with the process.

Kilns are occasionally mentioned in the papers of the PMSS Collections in reference to drying lumber for construction and to drying apples. One of the earliest mentions of a “lime kiln” in the PMSS Collections was in a report on construction work in the PMSS RECORD of 1913-1914. The report states that Miss Katherine Pettit and Miss Ethel de Long, PMSS founders, had arrived at Pine Mountain in the spring of 1913 to oversee the beginnings of the School. One of the projects underway was the building of a lime kiln “to produce lime to enrich the soil for farming.”

In later years, then-director Glyn Morris sent a monthly bulletin to the Board of Trustees and Advisory Board in April 1932, in which he reported that

Spring planting is in full swing. Mr. (Peder) Moller and the boys are busy plowing and planting, while Mr. (Oscar) Kneller is building a lime kiln on the side of the hill above the Chapel. He hopes to burn several hundred dollars worth of lime. This work is also being done in connection with the classes in agriculture. (Moller and Kneller were the PMSS farmers in the early 1930s.)

The 1944 Pine Mountain Family Album included the following excerpt from a letter describing the improvements to Pine Mountain’s soil. The letter was written by Bill Hayes, a PMSS graduate and farmer for seven years at the School.

The Pine Mountain School farm has grown from swamp land and rocky hillsides to what is now the best soil in the neighborhood. The rough rocky hillsides have begun to set permanent pastures of which we have about 20 acres. Many thousands of feet of farm drain tile have converted the wet swampy pieces of land to some of the best vegetable plots. Many tons of raw lime rock have been rolled down the mountain, to be burned in our lime stacks and kilns. Cover crops planted every year protect and keep the soil in good condition….

According to the University of Kentucky College of Agriculture Cooperative Extension Service,

The most common soil fertility problem on steep terrain is low soil pH. Low pH indicates that the soil is acidic, and plant growth will probably be reduced. A secondary effect of low pH is that less desirable species of plants begin to dominate the landscape.

Besides increasing the alkalinity of acidic soil, lime produces a source of calcium for plants, improves water penetration and uptake of major plant nutrients by plants.

In livestock farming, hydrated lime can be used as a disinfectant measure, producing a dry and alkaline environment in which bacteria do not readily multiply. In horticultural farming it can be used as an insect repellent, without causing harm to the pest or plant.

LIME KILN Processing: How It Works

The February 1936 issue the PMSS student publication, The Pine Cone, featured an article on page 2 describing the construction of a lime kiln by Howard Burdine and his crew. (Burdine was a former PMSS student who served as the School’s farm manager from 1935 to 1937.)

On the 15th of January, Mr. Burdine and his farm boys completed the construction of a lime kiln. On the mountain above the Chapel an excavation was made for the kiln to stand. The limestone was then put together in the form of a squat, block house, with two channels open at the bottom for the fire. The kiln, on the front side where the two fire holes are, is approximately ten feet high. The rear face of the kiln is about four feet above the ground.

From the two front fire channels other passages carry the heat to the parts of the kiln. A wood fire is kept in the two channels for seven days at the least…. By that time, all the limestone that has been white hot all the way through should slake when water is poured on it.

In making lime, the stone, in chemical terms, is calcium carbonate. This is burned, leaving calcium oxide and giving off carbon dioxide gas. When we put water on the oxide we get calcium hydroxide or slaked lime. This slaked lime is then used on the fields to prevent acid soil.

At first a tent and later a metal shelter was set up in front of the two fire channels which makes tending the fire a very comfortable job. Moreover, the farm boys know that, in producing the slaked lime, they are indirectly setting the tables for meals during the coming year.

The so-called “lime cycle” starts with the stone — technically known as calcium carbonate and carries the chemical compound symbols of CaCO3. The limestone is stacked over a fire fueled by wood or coal and layers of limestone and fuel are then alternated to create a sizable pile that will burn for 10 days or more. This “pile” generally reaches temperatures in excess of 1200 degrees Fahrenheit. The heat from the fire cooks off the carbon dioxide, CO2, and leaves a rich residue of carbonates (calcium oxide, CaO). This calcium oxide, also known as “quick lime” can then be applied directly to the soil, or better, can be mixed with water to de-acidify the soil.

Quicklime can be used to make other products as well, such whitewash, an insect retardant “paint.” During the early construction of the School’s buildings, locally derived lime was often mixed with the concrete to strengthen walls and stonework.

The downside of burning limestone lay in the reduction of forests throughout its history. Today, packages of affordable mass-produced lime can be purchased from home improvement stores to support crops and enhance grazing land. When the purchase of commercial lime replaced the burning of lime, “the forest can be heard celebrating….” 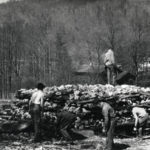 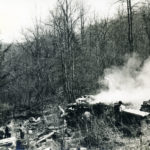 The lime kiln, fired up and producing lime for farm land. [23_campus_work_051] 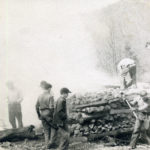 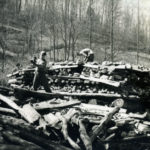 Fritsch, Albert J., and John R. Davis. Land Ethics in Appalachia: Talks from a Conference on the Ethical Values Related to Land, Lexington, KY: Appalachia–Science in the Public Interest, 1982.

Yarbrough, R. E. (1980). A geographical study of a micro-region in Appalachia: The Clover Fork River Valley of Harlan County, Kentucky.