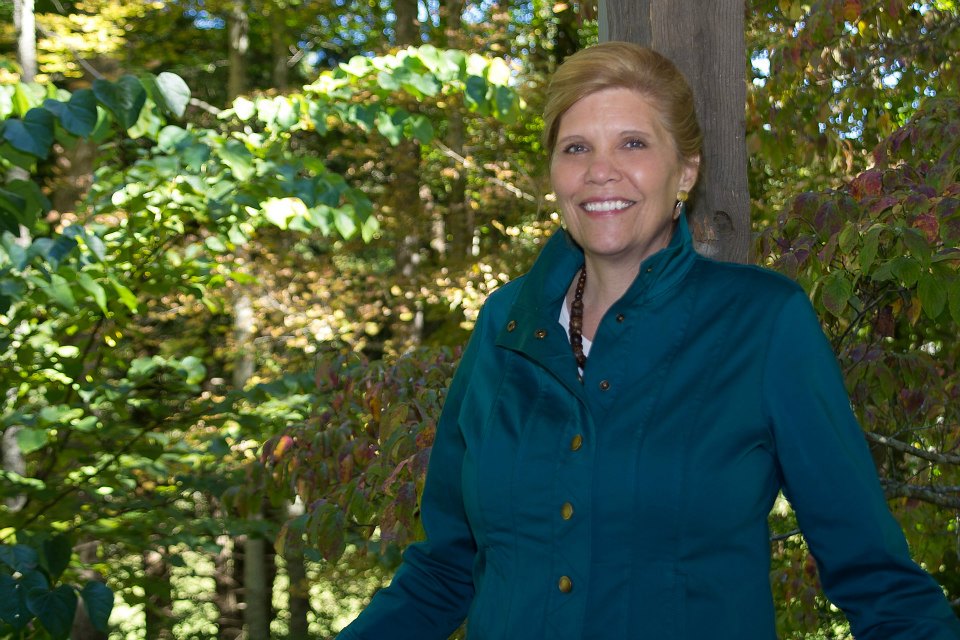 As the history of Pine Mountain Settlement School (PMSS) has shown, the task of managing the School has always been challenging. Each director must see that the School stays grounded by its traditions and past successes, such as the boarding school era, the community school days, and its outstanding environmental education program. And at the same time, each director must also move with the present and prepare for the future.

For past PMSS directors, keeping a balance between traditions, thriving programs, and progressive change has not been an easy task. They have faced the privation of two wars, the 1918 flu epidemic, poverty that is difficult to imagine, and many more challenges.

However, as difficult as managing change has been through the years, the process has always been remarkably creative. Every director has left us valuable models to meet the new demands that future change will bring.

Nancy Adams’ tenure as the School’s director came during a particularly rapid period of transition in today’s world. The changes and challenges In the Appalachian coal fields included the continuing decline of the coal industry, and with it, the loss of coal employment to historic lows; the depressed economy as industry-dependent businesses struggled to stay open; the increased out-migration of residents; and the hurdles of creating a more diversified economy. These changes were occurring during one of the nation’s worse economic recessions.

During her eleven years as PMSS Director, Nancy Adams met these challenges to the School, with innovative solutions and, consequently, Pine Mountain flourished. During her last year, the School prepared for its 100th year of operation and, while looking back was an important part of the centennial celebration, looking forward was a critical necessity.

Transcribed below is her final “Dear Friends” letter, published in the spring 2013 issue of Notes from the Pine Mountain Settlement School. In her letter, she lists the ways the School succeeded and improved under her leadership. Her narrative captures her profound love of the region and the land and her commitment to environmental concerns.

Letter to PMSS Board of Trustees from Nancy Adams. (Source: Notes from the Pine Mountain Settlement School, Spring 2013.)

At the end of June, I will be leaving the position as executive director of Pine Mountain Settlement School. What an eleven years it has been!

During the last several weeks, I have been thinking about how the School has changed since I arrived. My goal was to leave Pine Mountain in a better position than when I arrived. Time will be the judge of that. I know that I tried. I have written about some of my reflections, and listed the things that I consider to be important achievements.

In December 2001, the Pine Mountain Board of Trustees approved my appointment to serve as executive director. My most vivid memory of that day is standing in front of Laurel House as trustees drove away. As the last car crossed the rickety wooden bridge over Isaac’s Creek, I surveyed the heart of the campus and began to realize the magnitude of the responsibility I had assumed. Many times during my tenure, I would think back on that moment.

Earlier in that day, one long-serving trustee took me aside after I was hired and said: “I know you will make changes. Go slowly.” When I arrived in mid-January of 2002, I decided I would observe the School’s operation for a while. I recorded my observations and made notes about my ideas for making the operation more efficient and strengthening and diversifying the programs.

This is my list of important achievements by the Settlement School staff during my tenure:

We have maintained the spirit of Pine Mountain. Through challenges and uncertainties, this intangible, ever-present spirit sustains us and brings a sense of peace to many of our visitors.

I hope to see my Pine Mountain friends again, albeit beyond the boundaries of this lovely place. One of the great rewards of working here has been meeting you.

In the spirit of Pine Mountain,

In a January 2012 email to PMSS board members Nancy Adams wrote:

I thank you for the opportunity to work at Pine Mountain. I think the institution plays an important role in Central Appalachia and can be a leader in a holistic approach to environmental education and sustainable living.

Nancy Ray Adams was born in Louisville, Kentucky, and grew up in Ashland, Kentucky. After graduation from Maryville (TN) College, she worked with VISTA (Volunteers in Service to America) in Mingo County, West Virginia. She helped with flood recovery efforts after the 1977 flood along the Tug River, which is the geographic feature between southern West Virginia, and parts of Eastern Kentucky. Her editing work with a small community newspaper, The Sandy New Era, led her to pursue a master’s degree in journalism from Marshall University in Huntington, West Virginia.

As a general assignment reporter and editor at The Charleston (WV) Gazette, Ms Adams wrote a series, “Holding On to Home,” which was chosen for the public service award from the Scripps Howard Foundation in 1989. She was also part of a team of reporters whose work was chosen for environmental writing awards. After leaving The Charleston Gazette, she worked with a team of people on a book about the de-institutionalization in West Virginia of adults with developmental disabilities.

Ms Adams has also worked at Appalshop, a media center in Whitesburg, Kentucky. There, she was the director of the community radio station, WMMT, and produced news reports for the station.

In 1997, Ms Adams went on to work in the office of West Virginia Secretary of State Ken Hechler where she was in charge of overseeing the state’s campaign finance laws and monitoring campaign finance reports for legislative offices statewide.

After the 2000 election cycle, Ms. Adams was hired by the West Virginia Humanities Council to work as a staff writer for the West Virginia Encyclopedia project. She left that position after being hired for the executive director’s position at Pine Mountain Settlement School.

Ms Adams continues to work on writing projects, including a book about her uncle who was killed in World War II. She has volunteered to help several non-profits in West Virginia and Kentucky, and serve as president of the John A. Sheppard Memorial Ecological Reserve in Mingo County, West Virginia.