In the following photograph, the Smokehouse may be seen while in use. 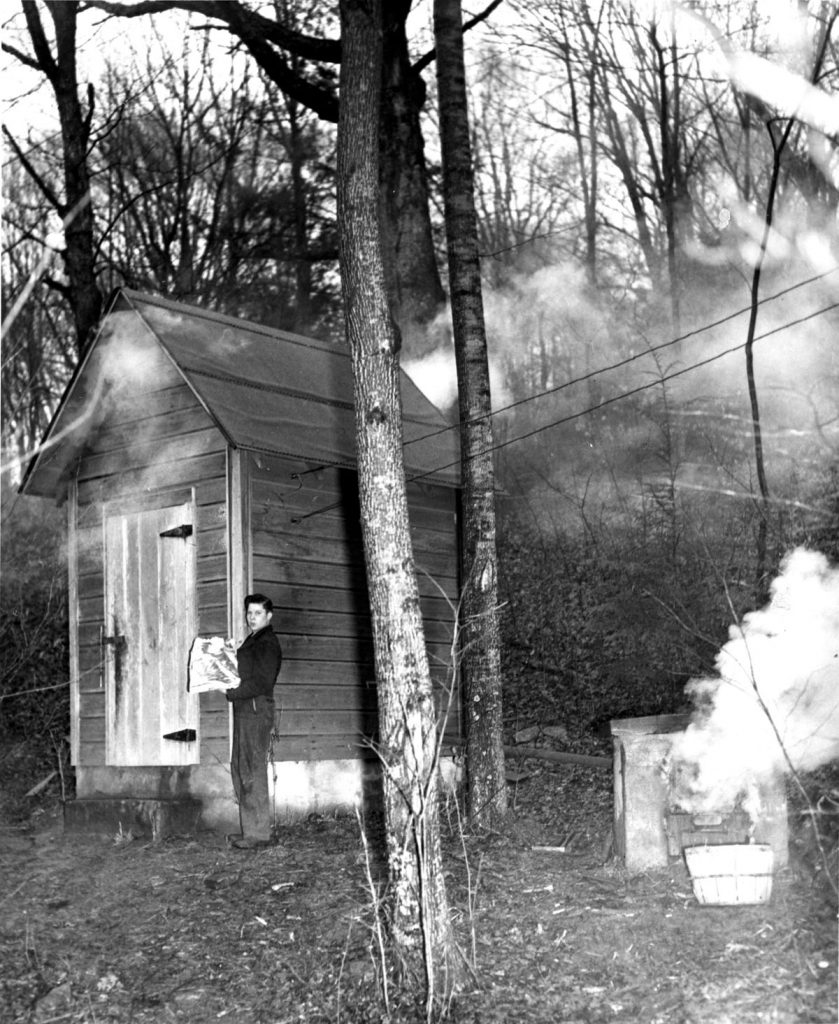 The fire was maintained in the unit to the right of the image and the foundation of the smoke house can be seen to the left of the image. Pipes carried the smoke into the small building where the meat was preserved by a combination of salt an smoking.

The smokehouse provided a means to cure various meats, particularly ham, for the School kitchen. It was located close to the original Laurel House which burned in 1939. It is not clear if the smokehouse was destroyed or if it was allowed to disintegrate due to lack of use in the later years of the School. Like the cellar, on the backside of the same hill, also close to Laurel House the center of dining and food preparation, the smokehouse could be tended by students as part of their work programs. 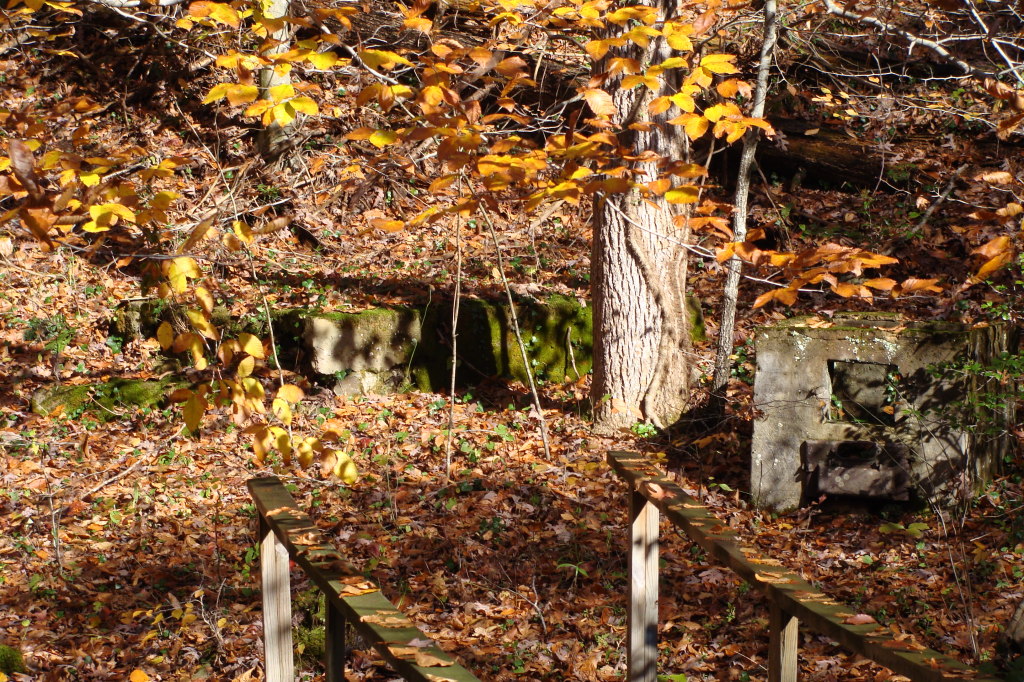 The butchering of meat was a common occurrence at the School. Most often the butchered animal was a pig, but turkey, chickens, and steer were.also regularly prepared and served to students and to staff.  The process of butchering was also included in the industrial training classes of the school as seen in this photograph of instruction on cuts of meat taken by the Harmon Foundation photographer, Virginia …. for the School in 1941. 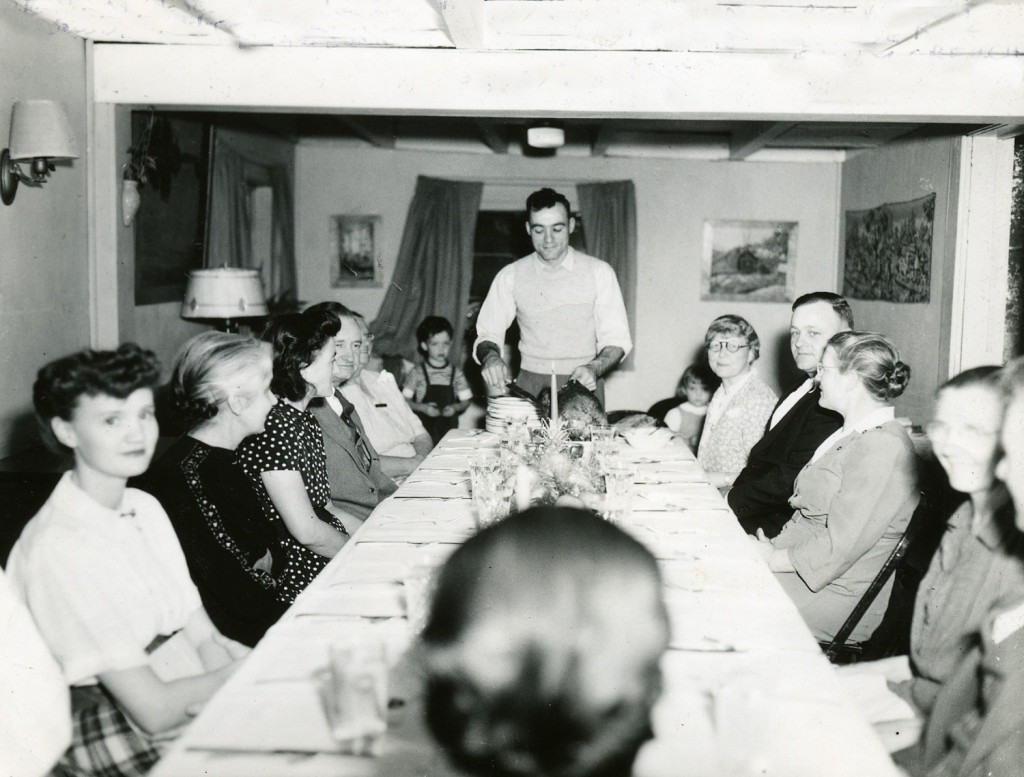 Today federal and state laws have strict rules governing the butchering and serving of meat in institutions. The regulations limited the continuation of butchering at the school in later years and this may have contributed to the deterioration of the structure or the fact that it was never re-built. 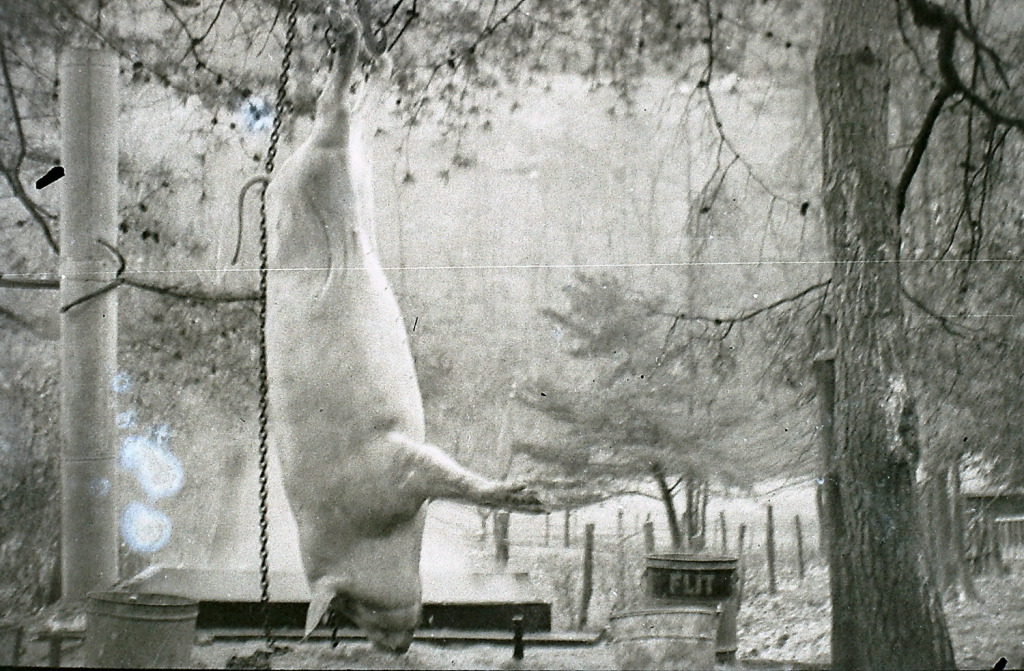 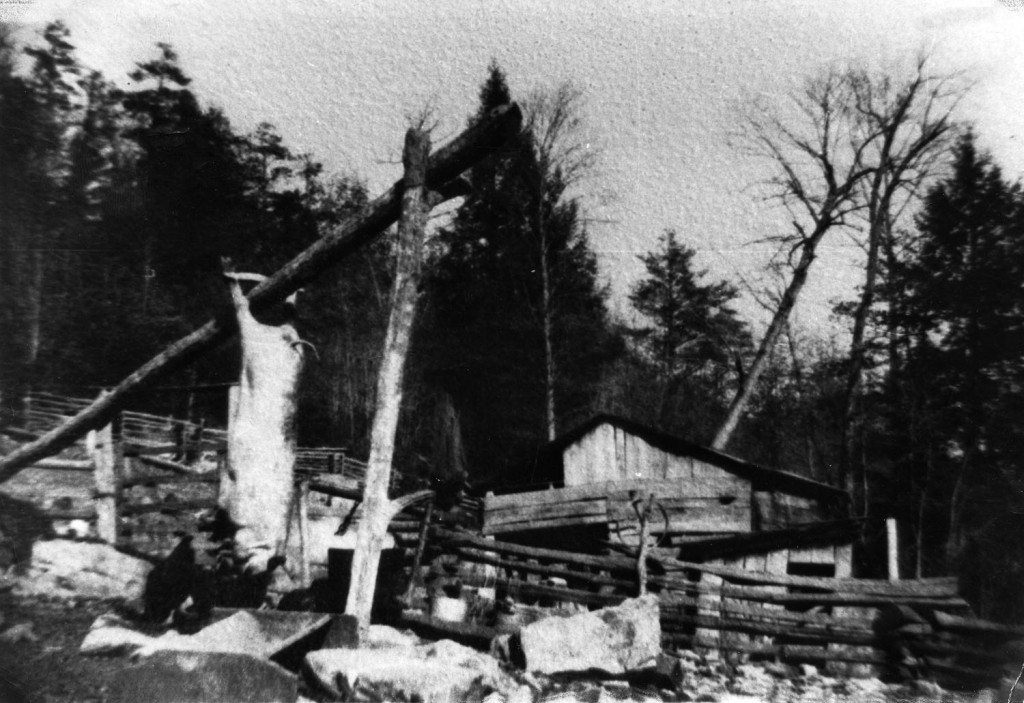