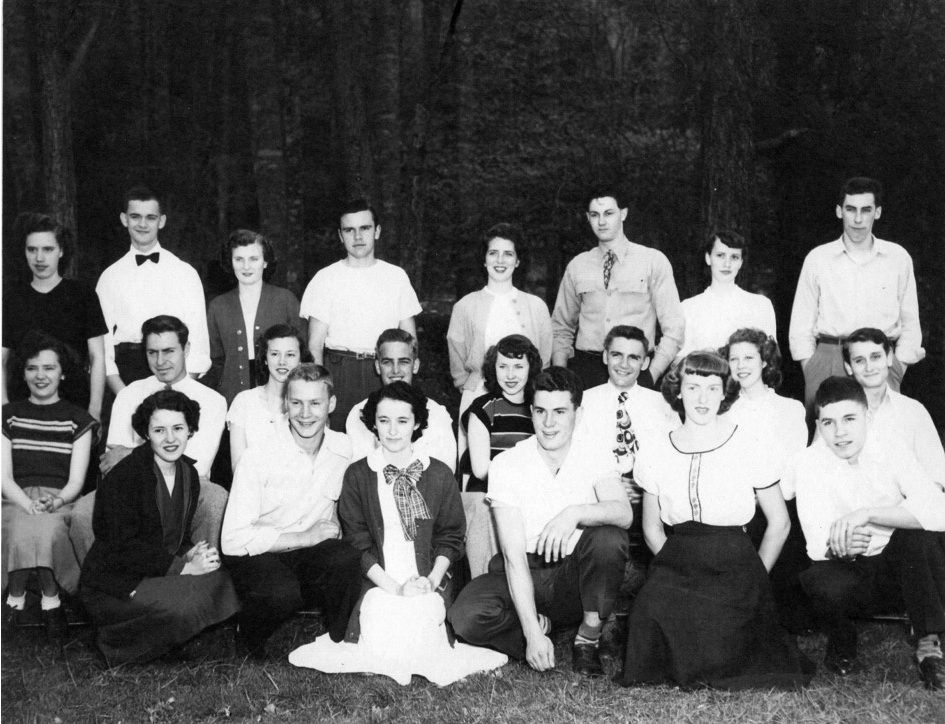 Ray Bird’s role as president of the Class of 1949 marked a historical moment in the history of the Pine Mountain Settlement School. He officiated over the last class to graduate during the  Boarding School era. After closing the Boarding School in 1949, the institution reorganized to accommodate the consolidation of five one-room county elementary schools at Pine Mountain. The May 1949 issue of the student literary publication, CONIFER, includes a list of the Class of 1949 students, their class photograph, and the Senior Prayer.

During his student days, Ray served as business manager and printer for The Pine Cone, a student newsletter from October 1948 through February 1949. He acquired his printing skills when on assignment to the print shop as part of the School’s work-study program. Ray describes this work experience in his narrative, “My Work in the Print Shop,” which appeared in the December 1948 – January 1949 issue, page 13:

MY WORK IN THE PRINT SHOP

Last year the co-ops and the juniors took printing. I was lucky enough, as one other junior, to get to work in the print shop.

I worked in the shop for eighteen weeks last year and have worked there already this year about five weeks. Because of the difficulties in finding a printing instructor, I have only part-time work in both the woodworking department and the print shop.

This year I was given the responsibility for one really important job, the Pine Mountain Notes, which are sent out to the friends of the school who are on our mailing list. In addition to this work, I have filled several orders for large envelopes.

Though I enjoy my work, still it is rather hard for one person to work in the print shop and keep it running all the time.

In later years, Ray Bird often returned to the School as a visiting alumnus according to several Alumni Newsletters in the 1980s. Besides serving as Chair of the PMSS Advisory Board in the late 1990s, he was the President of the Pine Mountain Association of Alumni and Friends and a member for many years. In 1997 he was elected to represent the alumni at the Board of Trustees’ meetings. 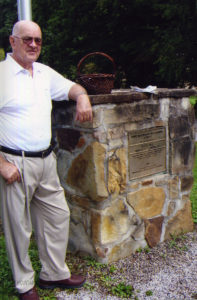 According to his obituary, published in 2021 by the Harlan Funeral Home on the legacy.com website,

Ray retired from the U.S. Air Force as a Master Sergeant after 22 years in the communications squadron. He traveled throughout Germany, Iceland to the Azores, and many of the United States in between with five children in tow whenever possible. He managed the NCO Club in Alaska during his off time. He always sponsored younger men in the Air Force, bringing them home for dinner and hauling them ice fishing in Michigan or deep sea fishing in the Azores. He was respected by all who met him. Ray stayed active after his retirement from the military managing the Sears in Whitesburg before retiring from there after 18 years.

Ray was first married to Joan Bird, who died in 1997. They had five children: Robert, Douglas, Amelia, Gary, and Mitchell. He later married Sharon Elizabeth (Calloway) Bird and three stepchildren were added to his family: Angie, Donnie, and Renee.

Ray Bird died on August 26, 2021 at the age of 88. He was buried in the Monte Vista Cemetery at Cumberland with military rites by the Harlan Honor Guard. 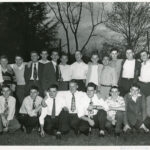 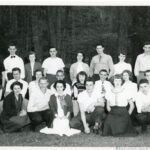 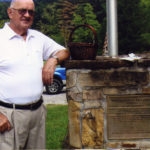 Ray Bird at the 2013 Centennial celebration. He was a former student who worked in print shop with Fred B. Burkhard. [burkhard_centennial_044.jpg] 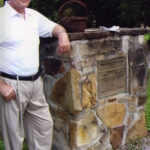 Ray Bird at the 2013 Centennial celebration. He was a former student who worked in print shop with Fred B. Burkhard. [burkhard_centennial_043.jpg] 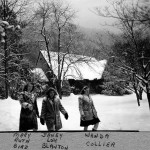 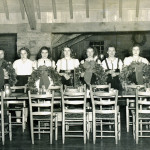