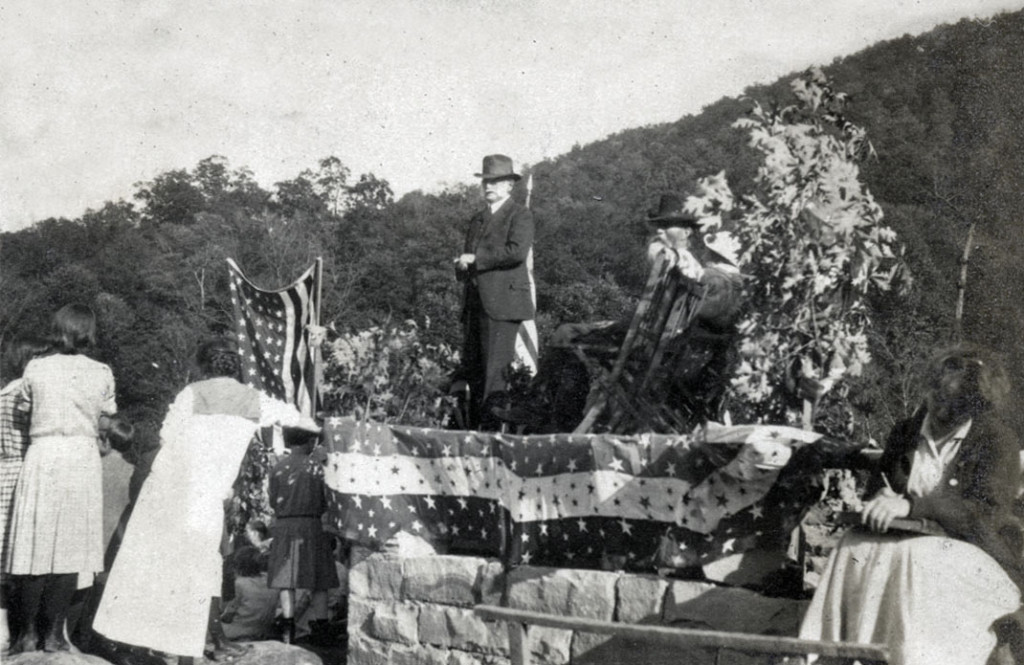 Daniel Minor Lord served on the Pine Mountain Settlement School’s Board of Trustees (then known as the General Advisory Board) in its earliest years. He was present at the first official meeting of the trustees on campus in October 1919, as the oldest attendee at 75 years of age.

Daniel Minor Lord III was known as a pioneer of modern advertising. He started his working life as an assistant in a ship chandler’s office in Boston, then worked in the shipping business in New York, where he obtained his original wealth during the Civil War. His career in advertising began shortly before Chicago’s Great Fire of 1871 when he became an advertising solicitor for a new Presbyterian paper in Chicago, The Interior, later known as The Continent. It was later to prove advantageous that Lord’s experience as an ad agent brought him into contact with many prominent Chicagoans.

In those early years of the 20th century, such work — a canvasser for advertising — was looked upon as a less than a credible occupation by those he approached. Business owners considered the ads an extra expense, not an investment, and the public hardly noticed the small ineffective business notices in publications. In addition, “The business was young and formless, with the same lack of ethical norms and restraints that in general characterized the Gilded Age,” according to Stephen Fox, author of The Mirror Makers: A History of American Advertising and Its Creators.

Lord saw a need to change the reputation of advertising and in the process built a respectable advertising empire. In 1881 he co-founded the Lord & (Ambrose) Thomas advertising agency, later known as Foote, Cone & Belding (FCB). It is still in operation as one of the largest international advertising agency networks.

By the time Lord was 60 years old, he had amassed a fortune, building on his early investment in the shipping business during the Civil War. He retired from Foote, Cone & Belding, the firm he co-founded, in 1904. Twelve years later, a headline in the Chicago Sunday Tribune, announced on April 30, 1916, that “Daniel M. Lord, Pioneer Ad Man, Leaves Chicago.” He gave the reason for this move as wanting to see his youngest son, Daniel M. Lord Jr., well launched in business in New York. “My youngest son will graduate in June from Harvard and will take a position in the shipping business.”

In his retirement years, Lord was an active leader of the Chicago Athletic Association and a member of the Union League Club. Deeply interested in philanthropic work, he contributed to the United Charities. He once said that “The nation would be better of when it becomes the custom for its business men to retire while they are still ‘young old men.’ He died in 1930 at the age of 86 in New York City and was buried at Oakwoods Cemetery in Chicago.

Ethel de Long, co-founder of the Pine Mountain School, was acquainted with Mr. Lord as early as 1915, when they corresponded and she subsequently sent one of his letters and an obituary of Mrs. Daniel M. Lord to her sister Helen. He was also active on the Pine Mountain School Board during that time, having given a prayer and speech at the laying of the cornerstone of the Mary Sinclair Burkham Memorial Building (Burkham School House I) on October 11, 1916.

The February 1931 issue of Notes from the Pine Mountain Settlement School reported the passing of Mr. Lord in these heartfelt words:

In the death of Mr. Daniel M. Lord Pine Mountain has lost not only a member of its Advisory Board but a friend whose interest in us was deep and warm. We have lost one of the friends with whom we grew up.