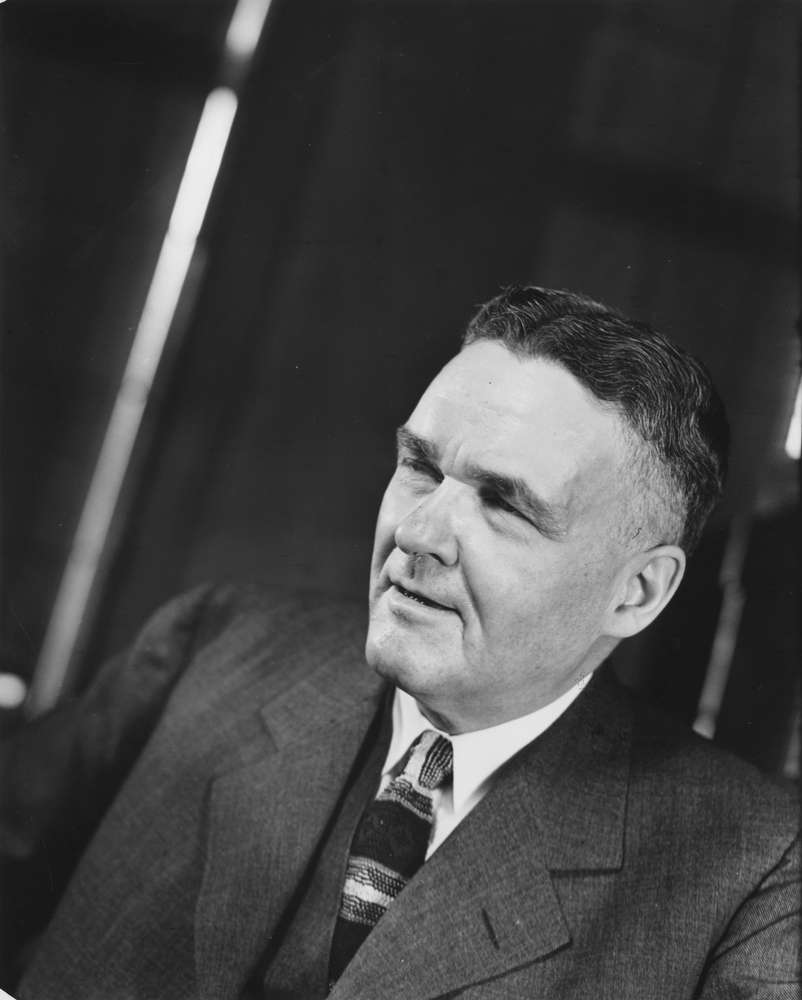 Barrows was born on April 15, 1877, in Armada, Michigan and, following his schooling in his home town, he went on to teach at Ferris Institute in Grand Rapids, Michigan, and later at the Michigan State Normal College, at Ypsilanti. It was from there that he went to the University of Chicago where the first Department of Geography in the country was being formed under the direction of Rollin D. Salisbury. For nearly twenty years, the Department of Geography at the University of Chicago was the only one in the country.

Prof. Barrows taught at the University of Chicago from 1906 and rose to the Chairmanship of his department of Geography by 1919, remaining as Chair until 1942. Among his colleagues in the department was Ellen Churchill Semple who, in 1921, served as the first woman to head the national Association of American Geographers. Her Association presidency was followed by that of Harlan H. Barrows in 1922 and by the noted geographer J. Paul Goode in 1926. All three geographers had an intimate interest in Appalachia. Semple is well-known as the geographer who defined Appalachians as prisoners of their geography and as imperfect products of their isolation. Her work in human geography and what is now referred as “environmental determinism” continues to stir debate but had a strong influence on the work of Barrows. Her early publications on the topic influenced by her German mentor Friedrich Ratzel and fieldwork in Kentucky, were later softened by more attention to social conditions as determining factors in human and historical geography.

Barrows was far more enlightened than Semple regarding life in the Appalachian mountains. No doubt his brief time on the Settlement School Board and his limited time in the Kentucky mountains provided some insight into the plight of the Southern Appalachian Mountains in the first decade of the twentieth century. It is likely that his influence was felt by his fellow Board members. Described as an animated and exciting teacher, Barrows was also known for his “rational approach to geographical knowledge,” but he was opposed to the idea of geographical determinism, as subscribed to by Semple. Barrows was a master of logical organization and accurate expression that grew out of direct observation. His methods left no room for unsupported ethnographic speculations like the ones put forward by Semple. He believed that geography had an influence on people, but was not a primary determinant on the person. He saw human choice as far more important in the shaping of individuals and culture. Just what influence he had on the later views of Semple is not clear but, later in her career Semple, who was from Louisville, Kentucky, revised her views and was more closely aligned with Barrows. Also, both geographers were pushed along by the growing trends in the profession which acknowledged environmental influences but exercised caution in assigning any deterministic influences of geography on the culture or the people of specific regions.

An article by William A. Koelsch and published in the Annals of the Association of American Geographers in December 1969 aptly describes the central role Barrows played in shaping historical geography. The following abstracts his accomplishments.

The career of Harlan H. Barrows illustrates some of the methodological problems of the history of geographic thought as well as some of the facts of the establishment of historical geography in the American university world. Barrows’ “environmentalist” position, as applied in the development of this field, allowed him to make significant shifts from the quest for a more precise formulation of the effects of environmental influences to an implicit recognition of the central role of human choices. Barrows’ writings and particularly his teaching show the pace and direction of the shift clearly. In the light of the accessible published literature, supplemented by certain manuscript sources, persistent descriptions of his work in historical geography which place it under the rubric of “environmental determinism” are shown to be mistaken.

A strong environmentalist, Barrows taught a course in the conservation of natural resources and one in the historical geography of the United States. Both courses were extremely popular courses with students from a variety of departments. His introductory college textbook, The Elements of Geography, which he wrote in collaboration with R. D. Salisbury and W. S. Tower, was the first of its kind. His strong environmental stand led to his appointment to many state and federal consultancies. His most quoted work is “Geography as Human Ecology” which was his main address to the Association of American Geographers.

He served as a consultant to the Department of the Interior and was a member of the Mississippi Valley Committee, Federal Emergency Administration of Public Works (1933-1934), the Water Planning Committee, National Resources Board (1934-1935), the Water Resources Committee (1935-1941), and the President’s Great Plains Committee (1936); he was chairman of the Consultative Board, Rio Grande Joint Investigation (1935-1938), the Northern Great Plains Committee (1938-1940), and the Consultative Board, Pecos River Joint Investigation (1939-1941); and he was planning consultant in the Bureau of Reclamation (1939-1955), and director of its Central Valley Project Studies (1942-1944).

Robert S. Platt, a student of Barrows, wrote an obituary for the January 1961 Geographical Review in which he remarked that:

Many geographers who never knew him still work under his influence. Those who did know him, as teacher and friend, cherish vivid memories of his strength and vigor, of his sincerity of purpose, of his warm feeling and high idealism in the field of knowledge.

Pine Mountain was indeed fortunate to have Barrows on the Advisory Board. His early interest in environmentalism was consistent with the on-going mission of the School and became the central focus of the educational programs of the School following the closing of the boarding school in 1949. It is also fitting that many of the principles that Barrows adhered to are still an integral part of the mission of the School.

Return to BIOGRAPHY – A-Z
Return to Guide to PMSS Boards of Trustees, 1913 –