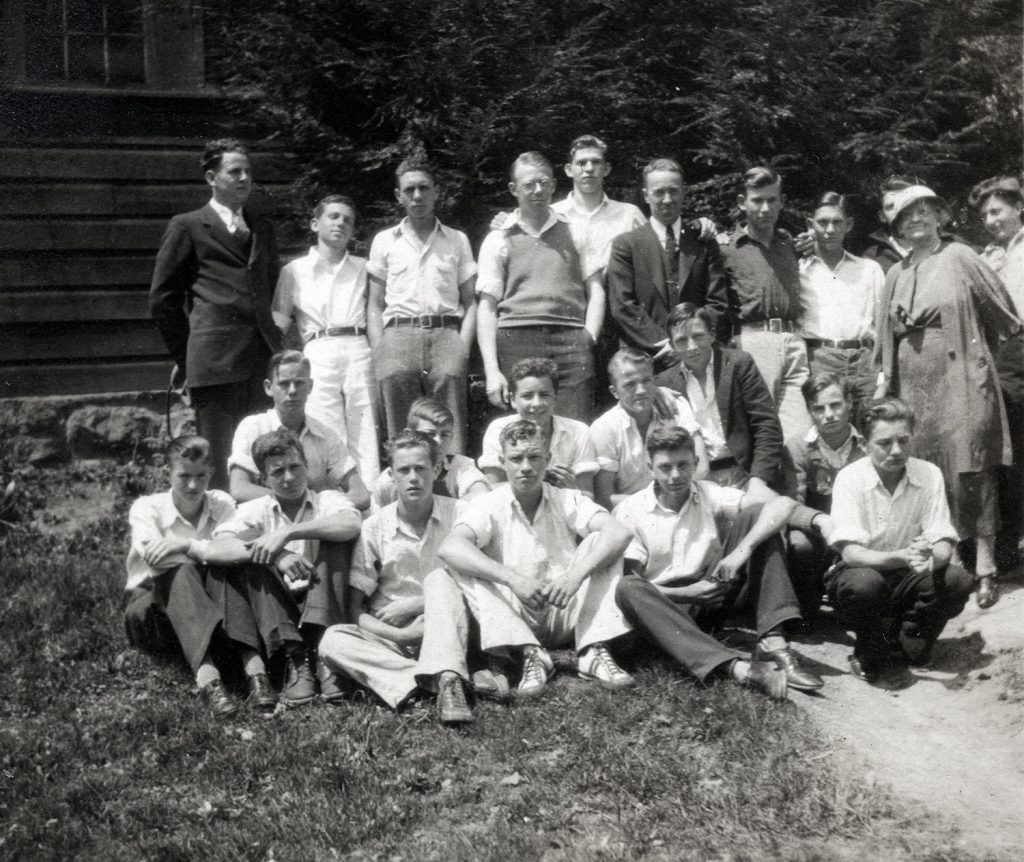 Richmond McIntyre and his wife Irene (Combs) were both born in Kentucky and met at Pine Mountain Settlement School, yet they spent most of their lives in Fairbanks, Alaska. Their journey to a place so distant from their home state was yet another example of the variety of experiences that many Pine Mountain students encountered after they were awakened to the wider world by their teachers and studies at the Settlement School.

Richmond was born on April 14, 1917, in Hazard, Kentucky. He grew up in the small railroad village of Viper on the North Fork of the Kentucky River. His future wife, Irene Combs, who also attended Pine Mountain Settlement  School, was also from Perry County near Viper.

Richmond attended Pine Mountain Settlement only for the year 1933-1934. During his time at Pine Mountain, he submitted the following essay to May 1934 issue of The Pine Cone, a student literary publication:

SNOW IN APRIL
The snow has come in April, and has covered all the budding flowers. They have drooped and wilted before Nature who is superior. The green tips of the grass are peeping from beneath the white blanket, as though resenting and defying its ruin of the weaker things in nature. The great white maples that were once so straight and proud in the midst of their green foliage, are now standing with drooped heads and ghostly white arms, reaching out as if to defy the snow.

It seems as if the sun has forsaken everything, but by and by it will send its shining rays to aid the spring.

Richmond seemingly carried this optimism throughout his life along with his wife Irene Combs who also shared the Pine Mountain experience.

Richmond and Irene married on December 23, 1939, and eventually had three children, Robert David, John, and Edward. While working at a lumber mill, earning $1.50 an hour, he worried that he wasn’t going to go very far, career-wise, in the Kentucky mountains. Then, on the morning of December 7, 1941, the Imperial Japanese Navy Air Service attacked the naval base at Pearl Harbor in Honolulu, leading to the United States’ entry into World War II. Like most Americans, this brought major changes and opportunities to Richmond’s life. He enlisted in the U.S. Army Air Corp and trained as a pilot. Subsequently, he flew a B-17, the “Hazard Express,” on 30 missions over Germany and Poland.

When WWII ended, Richmond worked for the 46th Weather Reconnaissance Squadron at Ladd Air Force Base in Fairbanks for several years during the subsequent Cold War. There he participated in strategic aerial reconnaissance to gather intelligence concerning the capabilities and intentions of the Soviets in the Arctic. In 1947, he was awarded with the Distinguished Flying Cross for his part in the search for a Ladd reconnaissance crew that flew off-course and crash-landed in northern Greenland. He was successful in finding all the crew alive and initiating their rescue. The plane, which safely landed could not be flown out and remained locked in an icy lake until recently falling into disrepair.

After retiring from the Air Force as a Colonel (c. 1949), he operated Frontier Sporting Goods, a major business in downtown Fairbanks for many years. It was a perfect combination of his skills and his need to find adventure and earn a living at the same time. With his store he could outfit hunters and, as a pilot, fly them into the bush as well. He, too, actively enjoyed a variety of outdoor sports, such as hunting, skiing, trap-shooting, and motorcycling. His motorcycle trip from Fairbanks back home to Viper and a return to Fairbanks is a legend … a feat accomplished not just once, but twice!

In 1990 Fern Hall Hayes, her husband William Hayes and, daughter, Helen Wykle and husband, John, visited Richmond and Irene in Fairbanks. Remarkably, the temperature in Fairbanks was in the high 80s. It was not just the temperature that was remarkable. Rich and Irene were outstanding hosts and the conversations could have lasted for days as the couples recounted days at Pine Mountain Settlement.

Richmond McIntyre was born the seventh of eight children of Alexander Elliott McIntyre Sr. (1887-1957) and Cordelia (Singleton) McIntyre (1883-1972). Their home in Viper, KY, was just across the swinging bridge from the small railroad community on the North Fork of the Kentucky River.

His siblings were Maude, Arthur, Lawrence D., Wilma, Estill, Shirley Fay, and Alex Elliott McIntyre Jr. (1919-1988). Alex Jr., the youngest sibling, attended PMSS beginning in 1931 and graduating in May 1936. His career was in Kentucky politics.

Richmond died on December 23, 2009, on the 70th anniversary of his marriage to Irene. 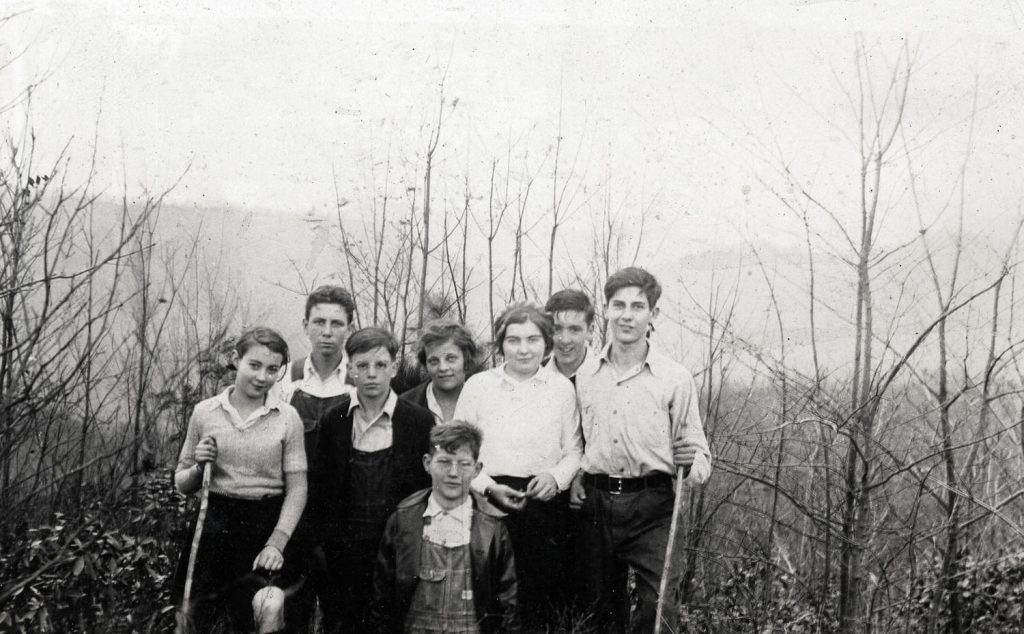