Last night we had a party and asked the logging boys from Creeches to come over and play their guitar and banjo along with Winfrey’s [Sam Winfrey] fiddle. Well, news of the party got down the creek as news gets around here, and before we had finished dancing country dances, Woodrow Patterson and some of the other down-Greasy boys began to appear, gathering like clouds on the horizon. 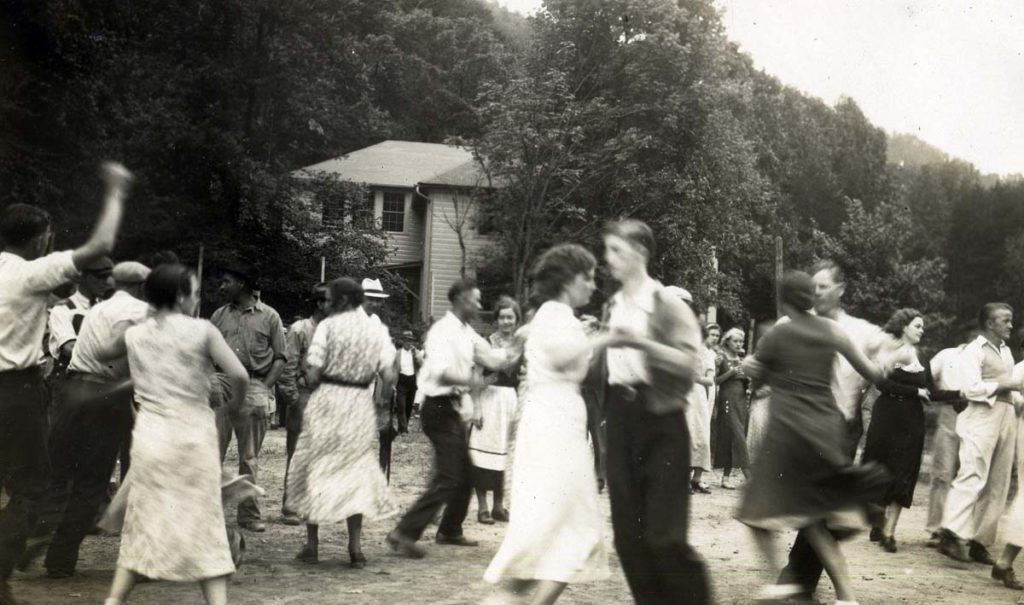 I had some nervous qualms but invited them all in cordially enough and, goodness, they streamed in so that first thing we knew it was a country party. The music seemed to draw them like rats for the piper. There were two big circles of sets — and what sets! Real old-time country set-running* with the real hillbilly pep. Frank Turner at the fiddle, and all the older men — Silus [sic ?] Turner was there — clustered about the orchestra and listened. We must have had seventy-five there — Grace and Rachel Lewis and Bill and Boyd Harris and Doghie and lots of others from Big Laurel came up. They came from all up and down the creek. I believe it’s affairs like this that will help bring back what Miss [Evelyn K.] Wells deplored losing — the close contact between school and community.

Tonight the logging boys and Sam [Winfrey] played at Creeches and we went to hear. I love these evenings at Creeches. The other time was nicer than this I thought. There was just one dim lamp and we all sat around two or three deep, on the edges of the beds (where the children were already asleep or at least Angela [Creech] was asleep, fully clothed of course). And as the music twanged out I enjoyed watching the men — Gib Lewis and Henry and some others. They sat as though they were made of stone, never smiled, never moved a muscle, except to tap ever so slightly with one foot, and just listen, listen, listen. The Mountaineers one reads about surely enough, bearded, tall, brawny, good-looking men, and there’s something fine and keen about Henry for example that would make a place for him anywhere. Somehow I think it’s not the time or the place after all — but the man. 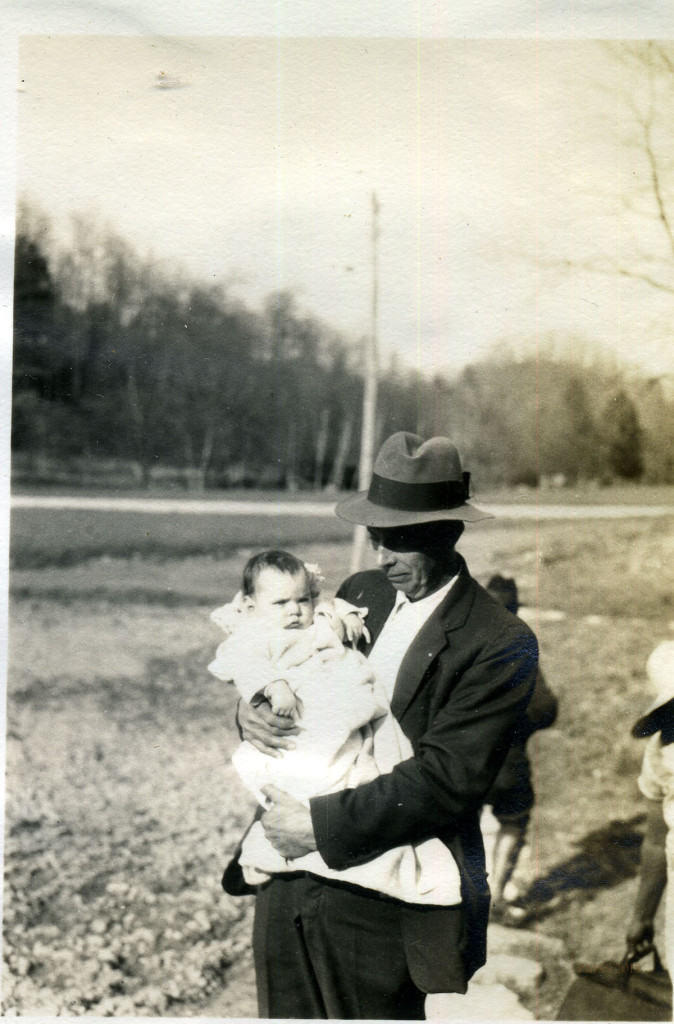 “Angela and Henry Creech.” Angela was the daughter of Henry & Delia Creech. [kingman_071b.jpg]

Maudie [Maude Holbrook] is a lucky girl and she’ll make someone a very lucky man — sometime. I loved to watch her make a fire — talking all the while, “If you think a fire won’t burn, hit won’t and that’s all they is to it.” “Well, I think that’s going to burn,” I said encouragingly. “Oh, yes,” she said, “Hit will burn or hit won’t be left alone.”

I had some rhubarb* to cook. Maude asked what flavor it was. “Flavor?” I asked. “Oh, yes,” she said “Rhubarb is different flavored — apple and strawberry and pineapple.” She tasted a piece of what she was cutting. “This might be apple but hit’s more like some kind of berry. I think it might be raspberry!”