Written in 1939  (Glyn Morris, the Director, left Pine Mountain in 1941) this educational guide for “Community Service in the Curriculum” is a position paper in support of Morris’ insistence on combining industrial training with community service. It is a position paper that shares an educational direction that was inspired, in part, by the progressive educational reform seen in the work of John Dewey and others and also the settlement house work of Jane Adams and her followers.  At the time Similar programs were emerging at many independent schools and particularly within the growing number of institutions that were inspired by the settlement movement.  Experimental higher education programs such as those found at Black Mountain College, the Asheville Farm School and other Appalachian regional schools, incorporated the idea of service learning into their curriculum.   Glyn Morris had met Dewey on several occasions and kept in close contact with the evolving Black Mountain College programs and other experimental service learning environments across the country. There is strong evidence that these programs selectively shared educational ideas.

The visit to the Pine Mountain Settlement School campus in 1941 of Ray and Virginia Garner, documented in a film the educational experiment of Morris.  The two filmmakers supported by  funding from the Harmon Foundation, filmed the Community Service Group activities and briefly lived at the School where they also helped the students to script the film. Their project did much to document the educational experiment of service learning at Pine Mountain Settlement School.

Glyn Morris institutionalized the work-study programs as part of his experimental curriculum. Pine Mountain School was inspired by the many progressive influences that Morris sought out, but much of his planning and curriculum revision was based on prior experiments at the School and his own understanding of the changing educational landscape. He was particularly influenced by the educator Orie Latham Hatcher with whom he regularly consulted

Unfortunately,  WWII intervened and in 1941 Morris left to join the war effort as did many of the young men at the school. At the end of the war education pivoted, schools consolidated, and teachers vacillated in their experimental enthusiasm and when faced with the demanding rigor of work-study, industrial education and a standardized curriculum, few schools carried their ideas forward.  But for those that did, the work-study colleges, for example, they found their programs described as innovative and forward-looking — which they clearly were and the outcomes were significant. The idea of community service learning continues to prove its value as a vehicle for teaching much provides more than just a proficiency in standard curricular subjects.

Though the standardized curriculum won out, the idea of community service learning continues to prove its value as a vehicle for teaching much more than just craft, and industrial training such as ministering to the poor and sick. The progressive ideas put into practice at Pine Mountain in its Community Service program are today being re-tooled and are coming back to prominence in innovative curricula in many liberal arts colleges, junior colleges, and private schools. The work-study colleges have led the way in utilizing the lessons learned from the settlement movement. The offerings in interdisciplinary programming such as the growing interest in STEAM (Science, Technology. Engineering, Art and Math) have much to credit in the early pioneers and the valuable lessons they learned from their early experiments in education. Delving into the curriculum discussions in the archive at  Pine Mountain, one can find a wealth of ideas that enriched student and instructors.  One of the most valuable of the educational contributions of Glyn Morris and his staff, particularly Everett K. Wilson, were the focused courses in civics which gave the students well-grounded ideas regarding the responsibilities that accompany an “education”.  One of the most remarkable of Morris and his faculty’s experiments was the insistence on civility learned through self-governance.

The paper by Morris was ultimately published in the Curriculum Journal, Vol. 10 No. 4, April, 1939. 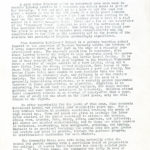 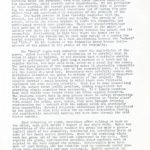 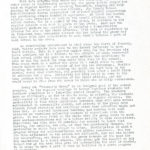 COMMUNITY SERVICE IN THE CURRICULUM
By Glyn A. Morris

A girl rides fourteen miles on horseback once each week to provide library service to a one-room school house as part o her training. A boy and girl go to a home to cut the logs ad place a window in one of the two rooms in a cabin where someone is ill. Another student spends some time each week reading to an aged man who cannot read, and still another gives a bath to a sick mother in a lonely mountain home. These are a few of the activities of the “Community Group” organized as part of the curriculum of Pine Mountain Settlement School. Now entering upon its third year the group is growing as it assumes more responsibility and its contribution to the life of the community and to the growth of the students who participate becomes increasingly significant.

Pine Mountain Settlement School is a private boarding school located in the mountains of Eastern Kentucky within the border of a large super-rural area and just on the edge of a recently industrialized zone. The adjacent population is scattered with homes located between the ridges at wide intervals along the narrow creek-beds of Greasy, Big Laurel, and Little Laurel Creeks. It is one of many pockets off the main highway in the Southern Highland where a residue of people subsists on a very little, eking out a bare living from the steep, eroded hillsides. Cash income is anywhere from forty to several hundred dollars a year per family, the bottom figure being more common in some sections then the top. The birthrate is extremely high and religion is of the frontier variety. the only future for the children of the area is a gradually depreciating subsistence, or a socially guided improbable increase in local productivity, or migration. Migration is an understanding for which they are poorly equipped, for which careful guidance and some outside assistance is necessary. Children attend local elementary schools on an average of ninety -five days a year and out of every ten who start in the first grade, only one will finish at the eighth.

To offer an opportunity for the youth of this area, Pine Mountain Settlement School was founded just twenty-five years ago. For a very nominal tuition, it provides vocational training for youth of high school age. Room and board are given in exchange for labor which consists of the chores necessary to maintain the kitchen, dining room, laundry, farm, dairy, living quarters, and infirmary. All chores are handled educationally, and to these are added courses in mechanics, woodworking, home management, printing, and typing. Emphasis is on practical training; the school does not give grades nor credits and tries to provide, through its guidance program, an individualized curriculum for each student.

The Community Group came into being naturally after the school had parted company with a curriculum based on preparation for college. It serves three distinct but closely related purposes. In the first place, the community was badly in need of

The “Group” began very modestly under the supervision of the nurse. After several weeks of discussion as to possible ways in which it might be helpful, it was decided that a definite service could be performed if each girl took a section of a creek and by regular visits, two days each week, acted as a scout for the nurse. The scattered nature of the community makes it physically impossible for the Pine Mountain nurse, who is the community nurse, to visit all the people who need her. Procedures were carefully worked out; particular attention was given to methods of establishing rapport — so important and so basic to the success of the project. The student carried a small handbag in which there were first-aid equipment and some reading material. This led to some counseling with the mother about health problems, making suggestions and providing simple remedies when necessary. To a lonely mountain home, such visits were events which are often eagerly accepted. The students report that in many places there is active preparation for receiving them, and aside from their services as “Nurses Aides” with relief for colds, cuts, burns, they have brought friendly conversation and a contact with the school which had previously been impossible. Several desperate situations have been alleviated by the girls, as when they cared for an entire bed-ridden family, and considerable practical nursing has been done through the cold winter months.

With this program well underway and carefully supervised, other areas of opportunity opened up, the group became larger and took on regular service of teaching handicraft, singing and folk dancing in the near-by one-room schools. The County School Superintendent became interested and offered helpful cooperation for purchasing simple handcraft equipment. At least ten dental clinics were organized as well as two tonsil clinics; and the school doctor, who is a member of the group, is assisted in his regular clinics each week by girls of the group. Just now the handicraft members are assisting in building a demonstration kitchen for one of the above schools. This work is supervised by an itinerant home economics teacher who has joined the group and who hopes with this cooperation to make such a kitchen a part of each school in the area.

An outstanding achievement is that since the first of January, 1938, thirty mothers have come to the School Infirmary to have their babies. This is a greater number than for the previous six years combined and is a tribute to the efforts of those nurse-aid high school girls who gave to so many mothers the confidence to come in and who cared for them while they were at the school. This means much to a mother who lives in a small cabin in some lonely hollow where the demands of her day are so strenuous. Besides rearing the children and cooking the meals she must help in the garden, carry wood and water, and possibly look after a small flock of chickens and a cow. Ordinarily, her baby would be born in the home perhaps with the attention of the local midwife, and she would never be free from the cares to which she is daily accustomed.

Today the “Community Group” is an integral part of the school program. In its regular meetings, it brings together student and teachers committed to a long-time social program. The students have no difficulty, as far as can be seen, in matching the academic achievement of those whose days are spent in regular classes. The probability is that their experience provides them with more actual achievement in personality growth, and several of the group have already found direction and challenge which they otherwise might not have had. In several instances, teaching and nursing have been selected as vocations primarily because of experience with the group. It has been found on the whole that the group tends to much more serious-mindedness and hidden resources. One boy for whom adjustment to the school was difficult, but who had a talent for woodworking, was drawn into the group because of the need for his assistance in local school. the group got the benefit of his talent and at the same time gave his personality the lift it needed. He is happy to have a part in what he believes is a civic program of importance.