1930 COMMUNITY FAIR DAY – SHACKLEFORD provides a transcription of a narrative that describes the 1930 fair, its attendees, displays, and games, followed by images of the 1930 Fair Day.

In the heart of the great Alleghenies and enclosed by that far-reaching chain of mountains, shutting it in from the evils of the outside world, is the little rural district, Pine Mountain; so called because of its situation under the over-hanging, precipitous range which extends miles in either direction beyond the boundaries of the little rural community. Its virtue is its inaccessibility which wards off many of the evils of the outside world where crime is studied as a profession. The people are contented and happy; each family being engrossed in its own means of livelihood, which because of the geography, is the humble occupation farming. Altho their farms are small they are sufficient to yield enough for the occupants and enough to permit such festivities as beanstringings, cornhuskings, and other entertainments not unlike those in pioneer days and in some instances similar to those in colonial days.

It was one of those clear autumnal days when the first fruits of harvest were ripening that the valley became astir with people. “Going to the Fair?” passed from mouth to mouth. They were coming from every hollow and dale for this was “Fair Day” — a day which we may trace back to our European ancestors as a celebration of the beginning of harvest. As they traveled along they talked continuously of the events to be staged by the Settlement School which was founded by one who had formerly been an inhabitant of this same countryside but who had recently been laid away to rest in the small country graveyard on one of the hills that overlooks the school, — away from the more visited parts of the vicinity into a place of rest under the boughs of the pines, to be remembered by all who visit this district.

The Fair Grounds now come into view. They are the property of the school and at other times are used by the students for play but now they are arrayed for the festival. The lunch stands and places for the exhibits of various and sundry things brought in by the country folk are decorated with the boughs of pine and hemlock.

Under a gigantic chestnut tree is a row of display shelves. Protruding from the boughs of hemlock are the huge yellow pumpkins, large ears of corn, and a variety of the products of garden and field brought by the neighboring people of the vicinity, arranged in a manner not unlike a merchants display window. These products along with the coverlets, stools, spinning wheels, brooms, and other household articles display the energetic pursuits of the country folk. Nevertheless, the making of coverlets and the spinning of wool are industries now neglected by the housewives and the spinning wheels are fast becoming obsolete. 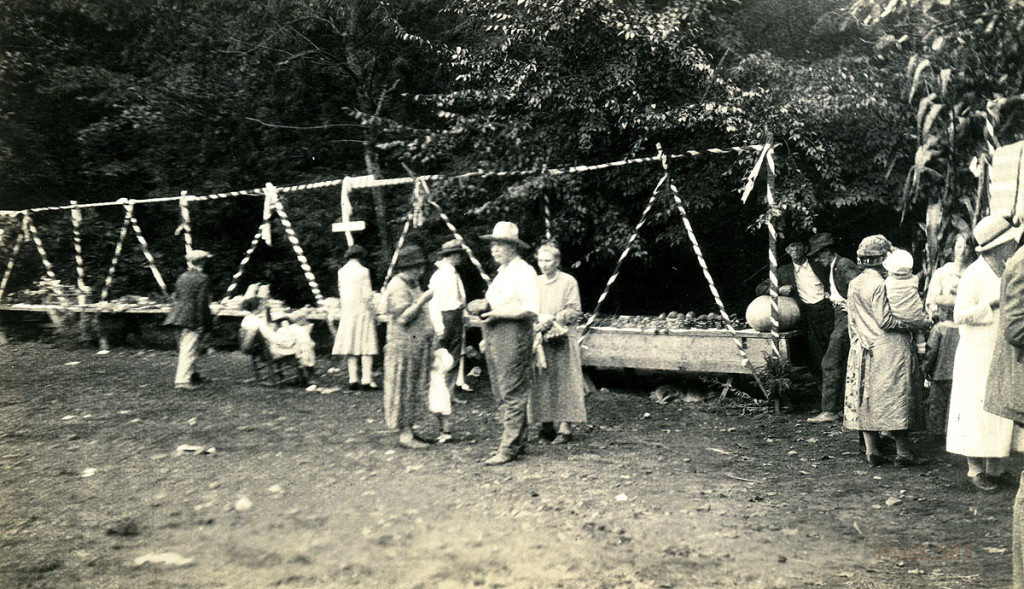 Our attention is now caught by the approach of a small group of hardy farmers, plodding along the road in a manner to suggest Widdicombe Fair, for with one of the group is a venerable gray mare. The group mingles with the crowd which we now survey with some interest and amusement.

Included in those present are people from the country, coal camps and towns — a regular Salamagundie. Some of the boys and girls of the school are playing while others help with the various things to be done; one sells ice cream, others serve lunches to the visitors who are seated under the trees; others run to and fro laughing. The older people discuss the weather, remark on the coming election and business, prophesying the events to occur ten years hence. 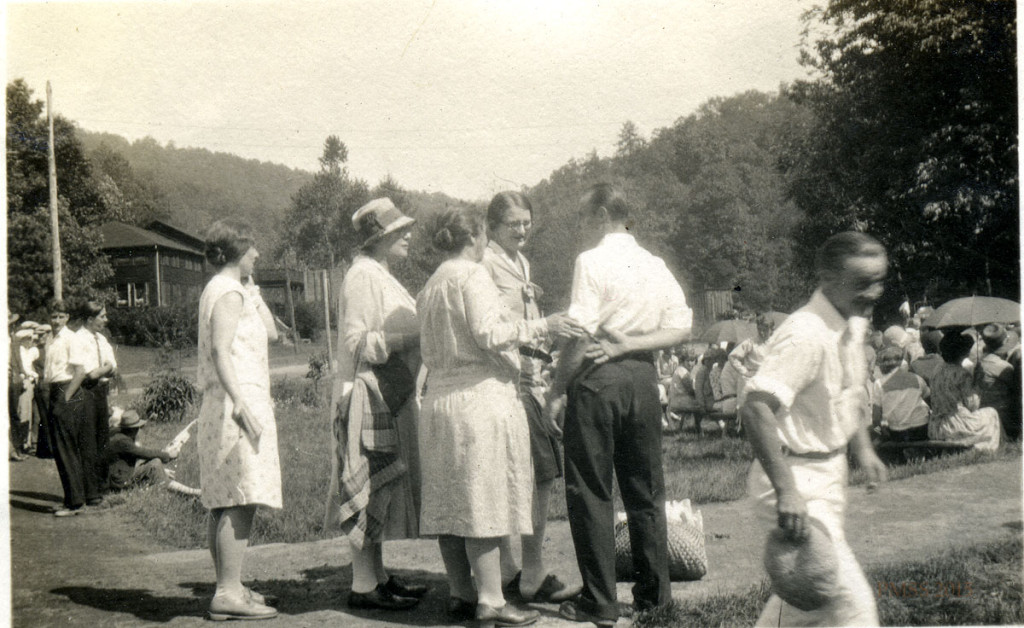 Now the games begin. Everyone rushes to the scene of the basket ball game. The players are dressed in flashy colours and the people crowd around the court waving and cheering frantically. Afterwards come the races, jumping, and various other contests which are entered into with earnestness, the losers complimenting the winners like good sportsmen, vowing that the comeback sometime would be overwhelming and the laurels not so easily won. 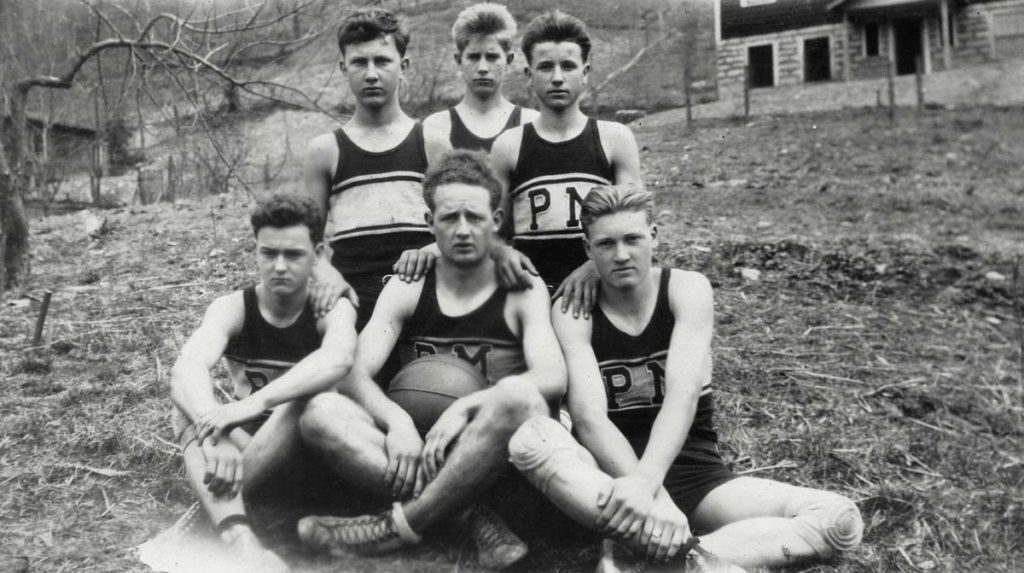 The games are now over, the sun has passed the zenith and has begun to descend through that vast void toward the western horizon. The day of revelry has closed and the people are preparing to depart; horses are being saddled; teams are being hitched to the wagons, and the country caravan of pedestrians and equestrians flows through the gate into the country road and on to their places of abode. All is still save the hum of the children’s voices in the valley below and the lowing of the cattle as the milk boys drive them to the dairy through the dusk of the impending night. 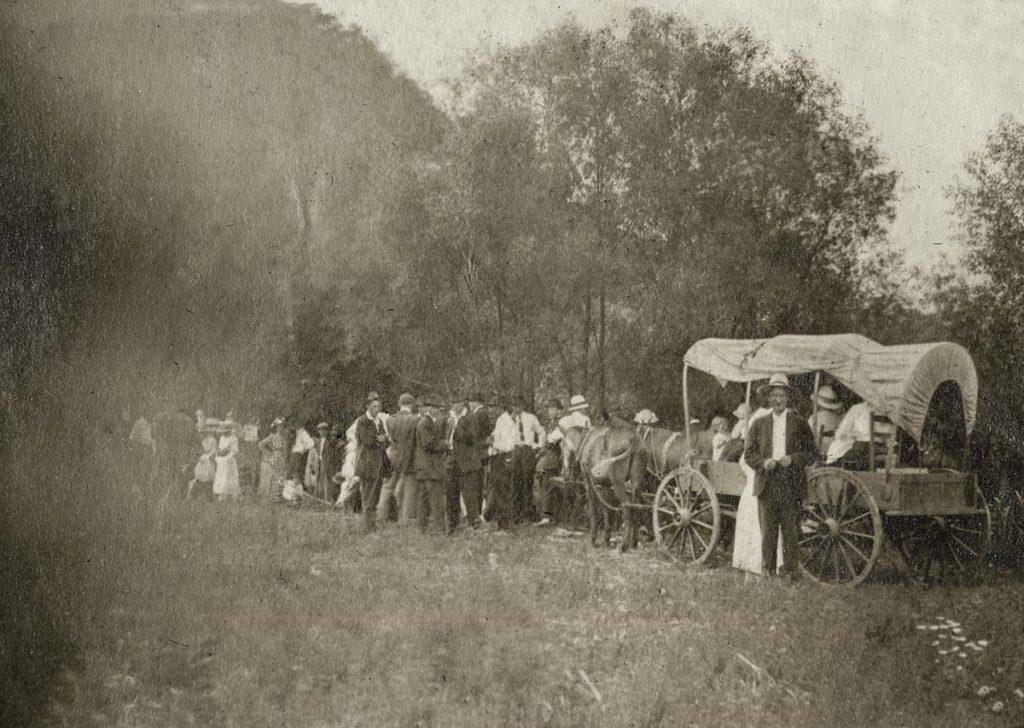 The stillness is broken only by the ringing of the supper bell and as the children assemble in the dining room the curtains of evening are drawn over the countryside, leaving all under the soft, mellow light of the evening star and a clear autumnal night. 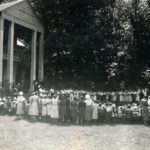 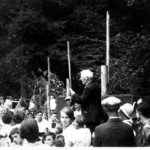 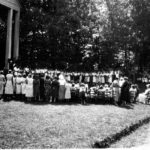 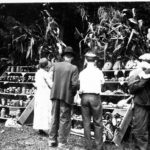 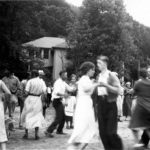 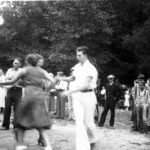 COMMUNITY: WHAT IS COMMUNITY?