SCRAPBOOK BEFORE 1929: “Some Shifting Aspects of Our Problem” – The Questionnaire
Page 38** [Source Unknown]

This survey, located on page 38 in the Scrapbook Before 1929, cites a comment made by Katherine Pettit in “Progress in the Hills,” an article in the magazine, The Survey, May 15, 1923. In Pettit’s comment, she focuses on several aspects that resonate with the concerns seen in the “Shifting Aspects …” survey.

Pettit remarks in the earlier survey:

The young girl who washes dishes in a boarding house in the mining camp for $25.00 a month, a sum of money which her father probably would not have collected in 6 months, walks back across the mountain to visit her lonely little home on the steep hillside, chewing gum and wearing high-heeled, patent leather shoes and a silk dress, and afflicted with a venereal disease which was unknown a generation ago.

More and more, the remote sections will be confronted with changed industrial conditions, which can be met with less loss if the people are prepared with better education, knowledge of better living conditions, and higher ideals for children.

The greatest need of the mountains is for contact with the right people. In 28 years I have seen many splendid, well-equipped workers, who loved to live among the mountain people, leave this country because they could not afford to stay. If workers here could be assured of a pension, or have an adequate salary from which to set aside something for old age, the immense value of steady, friendly relations would be secured.

Nothing can ever be so significant for the mountain people as constant, quiet contact with friends and teachers living among them– who have had wider experience, and who are modifying day after day in unnoticed ways, the ideas and standards of the mountains.

While Pettit’s observations seem harsh and prescriptive in many respects, there appears to be a theme that runs through many later surveys and studies of the area. The theme is centered on heritage issues, the value of an agricultural and an industrial education foundation, and the need for cross-cultural and cross-institutional cooperation. Just how much these ideas relied on surveys and studies vary, but the observations persist throughout a significant body of literature on the southeastern Appalachian people and their lives. These observations have helped to shape both the national image of the region and its people. The many studies also contributed to the self-perceptions of the Appalachians as they echoed their surveyors and often “owned” their image.

Current analysis of the region and its problems continues and multiple studies continue remnants of the earlier themes in the manner of the questions asked. Whether there are persistent themes may be debated, but there seems no doubt that there are persistent echoes of earlier study themes and that the following survey questionnaire signals that the one thing that surveys of this type will continue to agree that the region “has a problem” and that there is no finite correlation of “the problem” with specific “solutions.” The problems may shift, but they persist, or as one participant noted, “few problems disappear; they linger.”

** [Compare to Some Aspects of the Race Problem in the South, by Robert Fishburne Campbell, January 1, 1899, (CitizenCompany) and also his Mission Work Among “The Mountain Whites” in Asheville Presbytery, North Carolina, 1899.]

GALLERY: SCRAPBOOK BEFORE 1929: “Some Shifting Aspects of Our Problem” 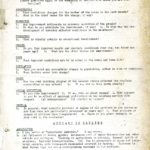 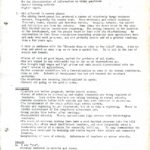 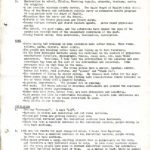 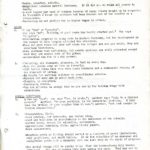 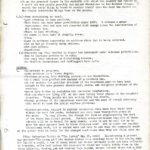 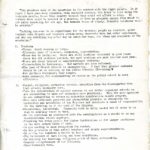