There was little to be found in the PMSS Archives about Colette Dunne, likely due to her short time at Pine Mountain Settlement School during the year 1929. Having left her hometown of Verona, Illinois, near Chicago, Colette arrived at Pine Mountain on December 28, 1928.

An unsigned statement of recommendation for Colette, dated December 5, 1929, and sent to the Davis Company in Chicago, attested to Miss Dunne’s “honesty and character, (which) are of the highest,” and her friendship and loyalty. “Miss Dunn served us faithfully and well for almost a year.”

Colette Dunne’s file consists of five pieces of correspondence. Images of the letters and a list of their contents are shown below. At the end of the two letters from Colette, one typewritten and one handwritten, she signed her last name “Dunne.” Although the letter of reference concerning Colette and letters addressed to Colette use “Dunn,” the name that ends in “e” is used on this page, according to her signature.

NOTE: Because Colette signed her last name as “Dunne,” we cannot be sure that the following record for “Colette Ethel Dunn” from familysearch.org refers to the Colette who was a PMSS worker in 1929. However, her timeline and the fact that she came to PMSS from the Chicago area are clues that the information may be referring to the correct person. 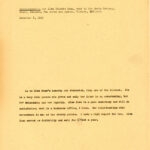 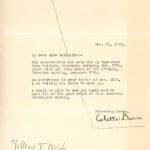 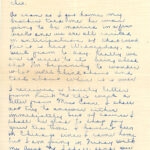 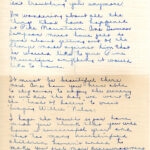 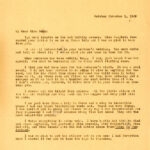 [Note: Letters from PMSS staff in the PMSS Collections are carbon copies, typewritten, unsigned, and meant for the Office files. The original signed copies were sent to the correspondents. Letters from Colette Dunne are typewritten or handwritten originals., as indicated The following list of contents is in chronological order and not necessarily in the order of the image numbers.]

02 December 21, 1928. Typewritten letter to Miss (Angela) Melville from Colette Dunne, reporting that she will leave Chicago on December 26th and arrive in Laden on the morning of December 27th. She will write Mr. Lewis to meet her. “I shall be glad to see you again and to meet all of the good folks of Pine Mountain Settlement School.” (Handwritten notation at bottom of page: “℅ Mark T. Welsh, Verona, Ill.”)

03 N.D.* Page 1 of a two-page handwritten letter to Melville from Dunne. “It is a long time since I left Pine Mountain and when I left all of you there I meant to write this letter much sooner than this.” Tells about anticipating her brother’s marriage; letters she has received from Ruth and Miss Conn. She will shop for Melville’s items in Chicago.
04 (Page 2) Mentions that Governor Sampson must be so appreciative of PMSS that “he would like to give Pine Mountain anything it would like to have.” Recalls visiting “Singing Willie” Nolan with Melville. (*Truncated date at bottom of page.)

05 November 1, 1929. To “Dunn (sic)” from (unsigned, likely Melville), who tells about the Governor’s visit. “I do not know whether he is going to give us anything for the road, but for the first time since the road was built work is being done on it….” She describes the current road work as filling ruts and scraping. Melville had just returned from Texas and describes their hospitality. “Miss Russell, Miss (Harriet) Crutchfield, Miss McDavid, and Miss (Sarah Marcia) Loomis gave the Mad Hatter scene from Alice in Wonderland.” (Handwritten notation at bottom of page: “Miss Colette Dunn, Verona, Ill, AM/tsc(?)”

01 December 5, 1929. “Recommendation for Miss Colette Dunn [sic] sent to the Davis Company, State, Jackson, Van Buren and Wabash, Chicago, Illinois,” from (unsigned). Attests to Miss Dunne’s “honest and character, (which) are of the highest,” her friendship and loyalty. “Miss Dunn served us faithfully and well for almost a year.”