[Note: Letters from PMSS staff in the PMSS Collections are carbon copies, typewritten, unsigned, and meant for the Office files. The original signed copies were sent to the correspondents. The initials at the bottom left of most PMSS letters indicate the writer (along with initials of the secretary). For example, “EZ” refer to Ethel de Long Zande and “EKW” to Evelyn K. Wells. Letters from Darwin D. Martin are typewritten on his company’s letterhead. The following list of contents is in chronological order and not necessarily in the order of the image numbers.]

002 February 5. Ethel De Long Zande to Darwin D. Martin thanking him for books and for “rubbers” [rain boots]. Reports on an outbreak of larynginal (sic) and pharyngal coughs following Christmas holidays. Includes lengthy description of a death from Cerebro Spinal Meningitis of unknown source. She suggests that “…nothing is known about the germ” and that “…nothing is known that can kill the germ once it gets in a person’s throat, and a healthy person can pass the germs on to another healthy person, through a long chain until finally it strikes a person in poor condition perhaps a hundred miles away…”. Zande suggests that keeping the children’s feet dry with overshoes will keep them healthy. She tells him that the School is “…equipped with the serum that is used in meningitis cases ….the results are not always favorable.”

003 February 8. EZ (Zande) to Martin, enclosing outlines for 6 more pairs of “rubbers” [rain boots] to be sent to the School.

005 February 14. Martin to Zande explaining that the invoice is not to be paid by her but is for information on spreading the charges. Alludes to his own “financial shocks.” Refers to the E.O. Heyl pledge to the School.

006-007 February 20. Two-page letter from EZ (Zande) to Martin, reporting the receipt of the rubbers. Speaks of the loss of the Campbell Girl’s Dormitory [John C. Campbell school?]. Notes that a girl from Boston will be coming to teach country dancing at Pine Mountain in April and that Howard Brockway will be coming to Pine Mountain Settlement for one week. He will be playing on the baby grand piano donated by “…the lady who gave the chapel…” She muses, “Books and running brooks are music indeed but we do long for Artists too!”

008 March 18. [Unsigned, likely Zande] to Martin, thanking him for the rubbers, and hoping to order again from him at wholesale prices. Mentions articles in the Literary Digest, Pine Torch, and Caney Creek newspaper. Tells about the origin of the word “boodget” or budget spoken by a community member.

009 March 21. Martin to Mrs. Luigi Zande. “You may not only buy Rubbers from me but anything else you like. I know of no use I can be to the School except as purchasing agent….” Discusses construction of the Martin Family buildings by Frank Lloyd Wright and notes that Dorothy’s house is expected to be occupied in the Fall.

012 May 19. Martin to Wells, asking for additional specifications concerning the awnings.

013 May 22. EKW (Wells) to Martin, supplying measurements for awnings.

014 June 9. [Unsigned, likely Zande] to Martin, mentioning that Miss [Evelyn K.] Wells has been away and her children have whooping cough. Appreciates the “lantana” from his garden, which has been planted at Boys House, Laurel House, Infirmary, Church and her house. Thanked him for acting as “intermediary” with Mr. Van Bergh for a check to PMSS. The stoves have arrived and she asks for a steam cooker as advertised by Montgomery Ward. Encloses checks and an order for things she needs. Tells about two new PMSS developments: inviting a neighborhood girls’ group, then a boys’ to spend a few days at PMSS for “real play and fun,” with the swimming pool as an attraction. Also, the establishment of a community Credit Union.

015 June 27. EKW (Wells) to Martin, asking when the awnings will be shipped and hoping they arrive by summer.

016 July 28. [Unsigned, likely Zande] to Martin, expressing appreciation for the kitchen equipment (oil stove, steam cooker, etc.) the School purchased from him. Describes the starting of a Girls’ Industrial Building and plans to include small ranges and an oil stove. Asks about “Darwin’s” plans. “We don’t have any incorrigibles to send you for the George Junior Republic, for our school at Greendale ranks pretty well.” Asks for a donation from Mrs. Martin of $1.35 a month for Bodie Anderson’s tuition and explains her circumstances.

017 November 21. EZ (Zande) to Martin, asking him to send Bibles as Christmas gifts for the students, “the kind you gave our graduating class two years ago….” Tells of her plans for other gifts. The Girls’ Industrial Building is “under roof now” and the chapel was dedicated last week. Mentions a letter from Miss Herrick.

“We have enlarged the reservoir so that its capacity is now 100,000 gallons and Mr. Mansell feels that with a good water supply and a night watchman…it would be greatly to our advantage to establish a sinking fund. Our average insurance payment per year is $1620.70. Mr. Mansell seemed to think we could take some of our endowment moneys to establish this fund, but I don’t see how we possibly could have the right to do this, for in case we had a fire disaster the only money we would have to rebuild on would be endowment money.”

020-021 December 5. Two-page letter from EZ (Zande) to Martin, [020] stating the Bibles have been received and asking for two more. Asked about the price of the toy steam shovel and bucket-conveyor (for Berto) that his catalogue depicts. Tells an anecdote about Wilmer Creech and Berto. Describes her and Luigi’s trip to Colorado, with a base camp in Cold Hill that is owned by her friend, the “Dean of Women at the University”; also stayed at Long’s Peak Inn. [021] She encourages Martin to visit Colorado to enjoy the scenery, culture, climate, and history. Suggests, if he visits Colorado, that he contact her friend Antoinette Bigelow from Buffalo.

022 December 5. Martin to Mrs. Ethel Zande, responding to her questions about insurance. He asked if the enlarged reservoir results in reduced insurance rates. [Handwritten notation in margin: “135,000 gal guarantee”]. Requested a “sketch map” of the school grounds, showing distances between buildings, a list of the insurance costs and value of each building. He plans to get a “proposition from the Improved Risk Mutuals” that may reduce the School’s insurance cost. Asked the number of PMSS fires (“4 in? ?”), amount of loss (“10,000”), and dates (“Jan. 23, 1919”). Describes the type of underwriter the School should have and how much they should deposit.

023 December 18. EZ (Zande) to Martin, reporting receipt of the Bibles and toys for Berto. “I am perfectly ecstatic over them and think I shall give one to him and one to his father.” Encloses a check. 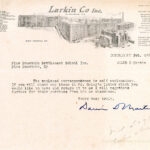 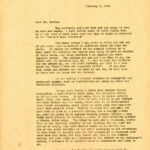 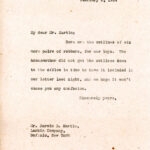 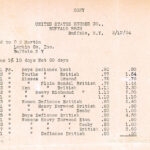 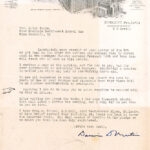 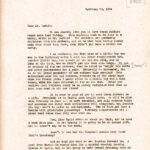 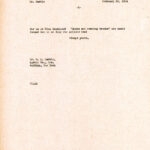 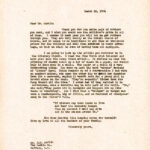 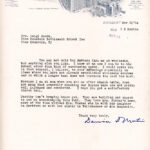 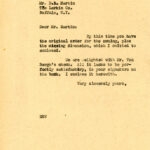 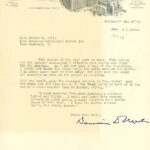 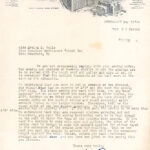 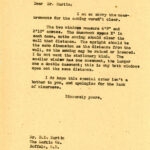 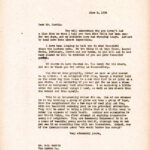 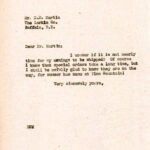 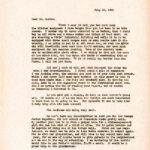 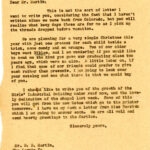 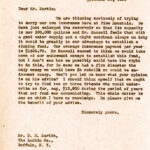 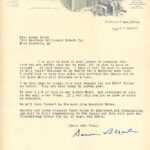 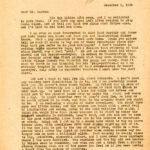 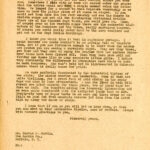 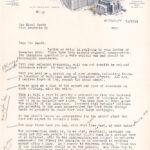 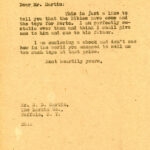