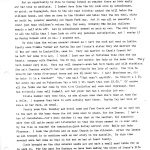 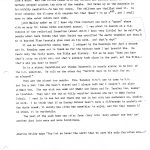 Had an opportunity to ride to Sunday School so reached there an hour early and had time to meditate. I looked down from the big rock onto my schoolhouse, so quiet, so Sundayish, down to the old road twisting around the hill below the Williams house, and then on down to the thicket and below the new road, white as could be, running smoothly out Beech Fork way. And It was all so peaceful. I could just hear children’s voices far, far away, probably the Bailey children nearly a half mile off. And my schoolhouse seemed so much my own. The only thing in all the hills that I dare look on with any personal satisfaction, and wonder if my Sunday School will go on — I suppose not.

By this time the voices sounded closer so I left the rock and went on Inside. Pretty soon Minnie Turner and Martha Day and Minnie’s sister Mary who married the CC boy [Civilian Conservation Corps] and went to Louisville, came in. Mary was married to Kermit Creech but he left her some time ago. I think I last saw her at Christmas time when she was keeping company with Chester, the CC boy, and nursing her baby at the same time. They both looked very nice. Mary was well dressed — even had high heels and silk stockings. She said Chester wouldn’t let her work any — bought her lots of candy. One time he brought her three five-pound boxes and one two 1/2 pound box. I said, “Goodness me, did he bring it in a trailer?” “Oh,” she said “That wasn’t anything. He brought a 1 lb. box every day and on Valentine’s day a 5 lb. heart that cost $2.00.” Of course, all the folks who had come by this time (including me) were most impressed. Mary has evidently done well for herself, and her young man has a regular job now.

Minnie looked very very thin, as she always does when she’s been at home for a while. I suppose they have to work awfully hard there. Martha Day had lots of rouge on her face, as usual.

Pretty soon Mrs. Hensley and Estel came and Fred Couch and John so we went out in the yard on the hump where the old pump used to stand, for the lesson. I had a box of chocolates — don’t know whether it was that or the weather, but something made them all quite peppy and interested so that the story seemed to go over well. By the time we reached the temptation Grub Bailey arrived with Emily and baby Florence. I took the picture and we sang Church in the Wildwood. After the lesson, we all trooped in to continue work on our story in the sandpile. By this time several more had come so, in the end, we had at least twenty. 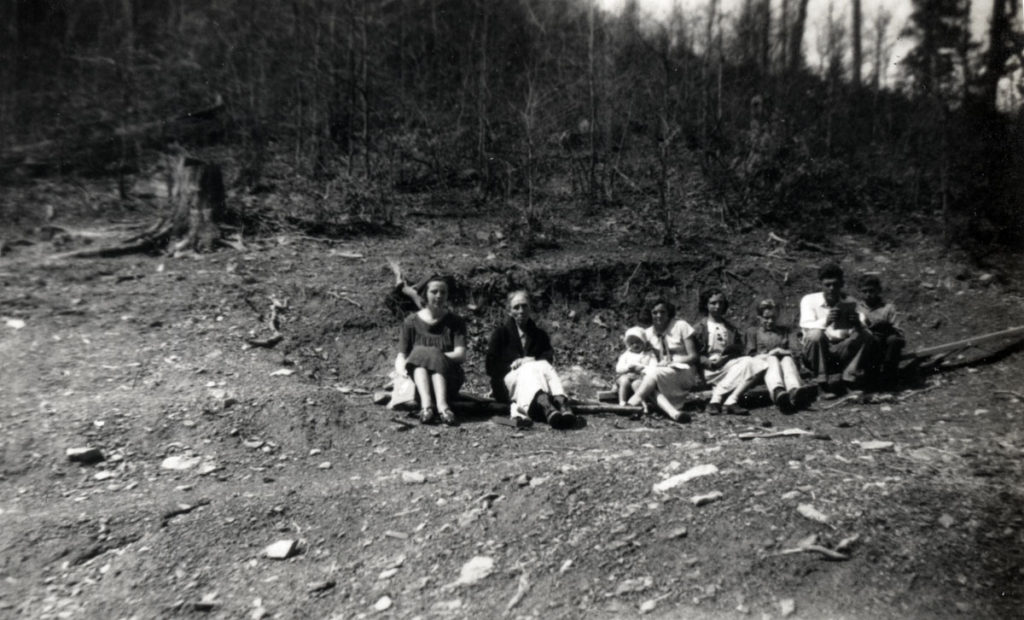 Grub brought me the clay several weeks ago and made a small sand table for us to work in. For the past few Sundays, we have been making the story of Jesus’s life beginning with Bethlehem and the manger. The children really do pretty well with the clay modeling. We have the Sea of Galilee (a looking glass) and the River Jordan, with palm trees (laurel branches) and Jerusalem with the temple, and all. I was rather amused at…

…the baptism scene, for the dove sitting on Jesus’s shoulder is huge — looking rather like a mule. And the little Jesus with the doctors and lawyers looks rather like a tarbaby propped against the side of the temple. But Satan up on the mountain Is frightfully realistic — he has big wings. The children are thrilled over it. We tried coloring the figures with crayons but that doesn’t do so well, and I shall have to take watercolors next week.

Grub Bailey asked me if knew why Pine Mountain was such a “quare” shape with so many big loose rocks scattered around. I was about to launch on a discussion of the geological formation (about which I know very little) but he said, “WeII, people about here thinks that when Christ was crucified the earth trembled and shook so it knocked Pine Mountain plum over on Its side. And that’s why!”

It was so beautiful coming home. I stopped by the Hensleys for just a second and Mr. Hensley came out to thank me for the history book I brought him. He reads only the daily paper, the Bible and History. But as he says “When you know what’s going on right now, and that’s already took place in the past, and the Bible — that’s all you need to know!”

He is a strong Republican and thinks Roosevelt is surely aiming to be king of the U.S. sometime. He told me the other day that “Darrrrk days is in wait for us. I am afeared! ” 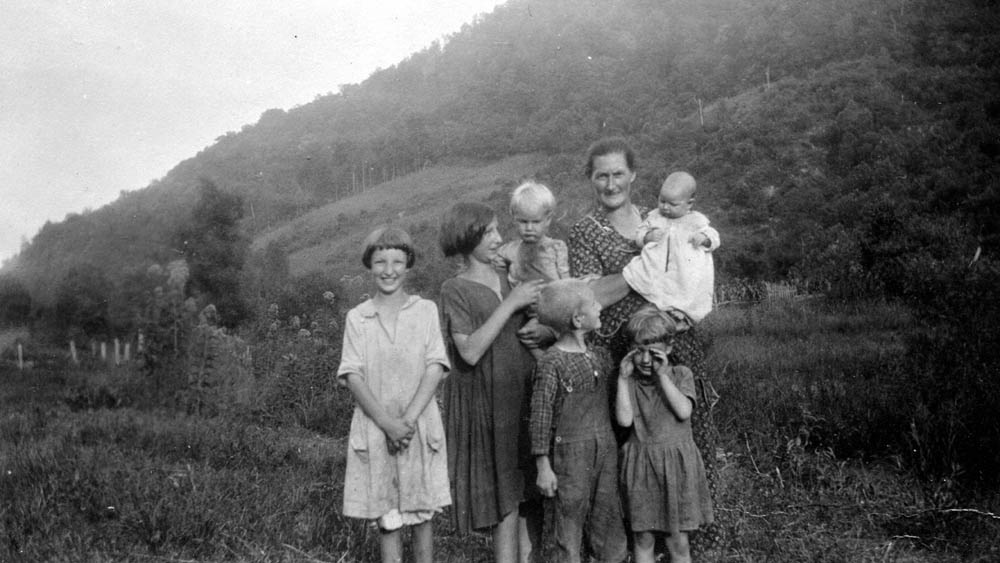 They are the nicest two people. Mrs. Hensley used to come to S .S. [Sunday School] but for a long time she hasn’t missed and I always tell her I couldn’t, get along without her. She was sick one week and their son Henry and Mr. Hensley too seemed so troubled. They said she was mightily worrited because she had to miss Sunday School. I went in to see her and there she was in bed with her sunbonnet on, looking so sick. I do think that if my Sunday School hasn’t made a difference to anybody on the creek, it surely has given her something to enjoy, and for that reason, if no other, it Is worthwhile.

The rest of the walk home was going from glory into glory around one bend and another just into more and more loveliness.