It was February 1926 and the current doctor at the Pine Mountain School’s Line Fork Medical Settlement was leaving. The School’s co-director Mrs. Ethel de Long Zande was anxious to find a temporary replacement until September first when Dr, Ida Stapleton and her husband, Rev. Robert Stapleton would arrive to tend to the community’s health and spiritual needs on a more permanent basis. At first, Mrs. Zande thought that the two nurses already working at the satellite station would be sufficient but instead tried her luck at recruiting Dr. Llewella Merrow, who was working at a community center in nearby Smith, Kentucky.

Dr. Merrow replied that she was indeed interested as long as she was paid enough for living expenses. However, before she could visit Line Fork to see the medical settlement for herself, she fell off a log, broke a small bone in her right leg and ended up in the hospital at Lynch, Kentucky.

Given the choice of staying in the hospital or wearing a cast for six months, Dr. Merrow chose the latter, assuring Mrs. Zande,

I can get about on crutches for a mo[nth] and do a lot of things for the folks there. I can get them all refracted [have their eyesight measured] and … treated too as I had planned to do. Any extra help I need a little [mountain] girl can easily give me.

Dr. Merrow spent the next several months at Line Fork medical extension not only caring for the ill and injured in the neighborhood but also struggling to understand the attitude of the mountain people toward her. She wrote to Mrs. Zande:

They impress me as feeling very much imposed upon if I charge them for anything. But they do not hesitate to pay a doctor $25 if he comes in from outside & my own care of this case for $5 would be with much more [care] for I should see them 3 times probably and be able to do much more for them. The men down here have no use for a woman doctor apparently.

Mrs. Zande advised Dr. Merrow that ‘“work with the people over at Line Fork is going to be ‘slowly, slowly, little by little,’ as they say in Albania….”

Despite the perceived bias that Dr. Merrow described, Mrs. Zande writes her that “Everyone who comes back brings us tales of your energy and ‘pep,’ and how you refuse to be limited by this disability [of a broken leg].”

During her short time at Line Fork, Dr. Merrow’s medical work included children with trachoma, eye examinations, and a tonsil clinic for 20 children. In her letters, she mentioned setting up a swing for a week-long “Playville” event for the area children. She dealt with finding a well-behaved horse on which to make her rounds, a dwindling water supply at the settlement, her two assistants who were less than reliable, patients who were slow to pay their bills and canned goods missing from the cellar.

By June 1926, Dr. Merrow had begun thinking about employment after Line Fork. She asked Mrs. Zande to write for her a letter of recommendation to the president Antioch College in Yellow Springs, Ohio. Again, Dr. Merrow’s gender came into play when Antioch’s president replied that “There are some reasons why a man would be better inasmuch as three-quarters of our students are men.” He then asked, “Will young people like her?”  Mrs. Zande responded with the following letter, assuring him of her likeability and demonstrating her sympathetic understanding of Dr. Merrow’s methods:

The only time I have been able to observe the reaction of young people to Dr. Merrow was when she helped us out after a huge tonsils clinic some years ago. She showed great resourcefulness in dealing with some very serious cases of bleeding after the doctor who had operated had gone. She saved the life of one boy, and the big boys she took care of liked her very much.

I have heard very enthusiastic reports about Dr. Merrow from young people who knew her casually when she was at another extension center. She has won a good practice for herself in a difficult community over at Line Fork, although she has been there only five months. She has made an impression of great sincerity and carefulness.

I have understood from people and friends who knew her in Ginling [Jinling] that her colleagues considered her “difficult.” However, I have been told that the political situation within that college was in itself difficult. My own impression of her is that she sometimes seems overcritical and untactful, but anybody who has been connected with institutional work is of course used to minor difficulties and disregards “pinpricks” if a fine, intelligent piece of work can be done. That is our policy at Pine Mountain, and I am sure it is yours too.

If you do not find a man, I believe that Dr. Merrow would do a fine piece of work for you, and that the students would like her.

By mid-August, Dr. Merrow was in despair that she had not heard from Antioch. “I’ve about given up hope. But their Dean … assured me of [a] job … and I’ve not tried for anything else. Such is life! Fall at hand and no opening.” It must have been a great relief for Dr. Merrow when, by the end of August, the Antioch College admissions committee finally accepted her as an employee.

Dr. Merrow’s successors at Line Fork, the Stapletons, arrived at Cumberland by train on August 31, 1926. Dr. Merrow sent a man with horses to meet them and bring them to Line Fork. And thus the transition to new staff was complete.

Three months after Dr. Merrow left Line Fork, Katherine Pettit wrote her that “Many of the neighbors came in and asked about you. They said you were the pluckiest woman they had ever heard of.” 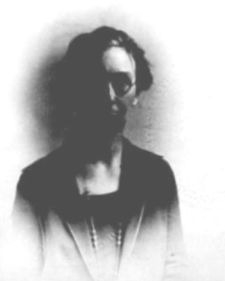 Merrow received the degree of Doctor of Medicine in the Homeopathic College at the University of Michigan in 1905. That same year, the University Homeopathic Observer reported that she was a resident physician in Galen Hall, a sanitarium in Atlantic City, New Jersey.

She soon went on to pursue her medical career in a variety of locations. In 1908, she moved to Trenton, New Jersey, according to The National Journal of Homœopathic Medicine.

From 1914 through 1917, Merrow was living in Pasadena, California, devoting her attention to “electro-therapeutics,” according to The Pacific Coast Journal of Homeopathy. During that time, she was mentioned in a Pasadena (CA) Star newspaper article, dated March 23, 1916, as having given a talk on early childhood care at the Northside Cooperative Nursery.

Later, a January 12, 1917, article in the Trenton (NJ) Evening Times reported that she went to Ginling [Jinling] College, a women’s missionary institution of higher learning in Nanjing, China. There she served as Physical Director and College Physician, easing a shortage of doctors in that area.

Llewella Maria Merrow is listed in the 1940 U.S. Census as living with her sister, Abbie S. Merrow, in Elyria, Ohio. Eleven years later, she died of cancer in Elyria on December 16, 1951, at the age of 77. She had never married. She is buried next to her sister Georgia in Hinckley School Cemetery, Hinckley, Maine.