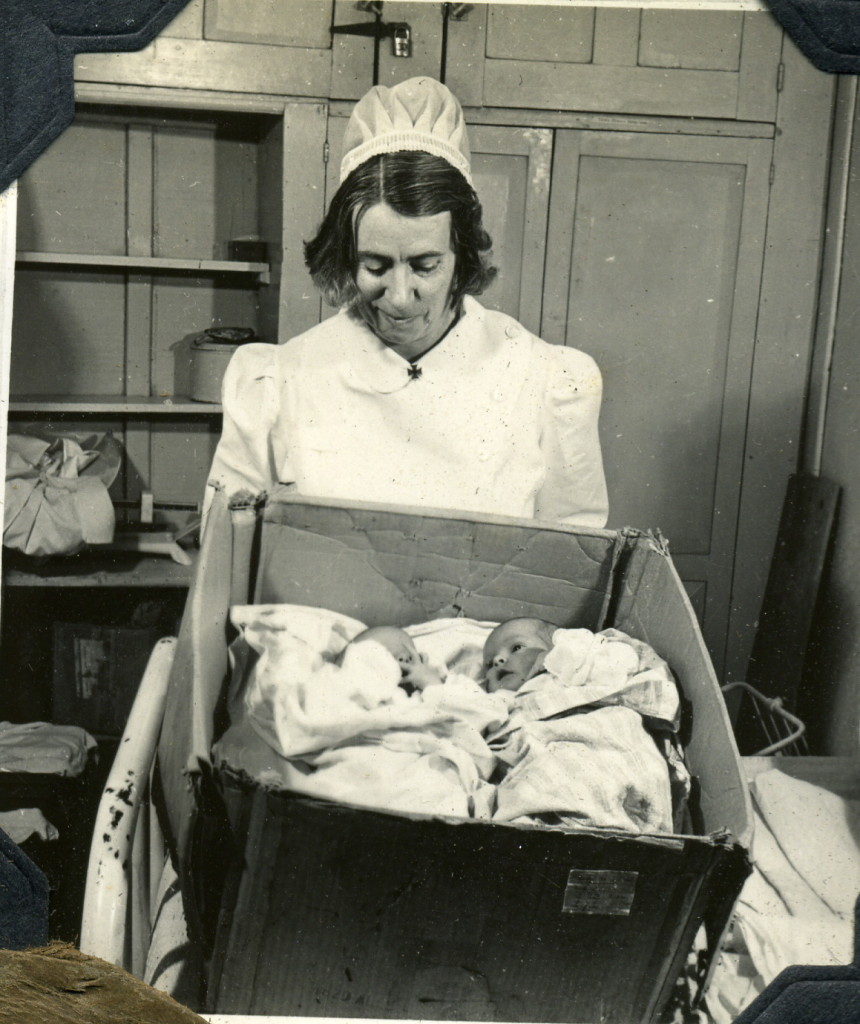 Helen Louise Madon Heath passed away on December 11, 2016, in Wasilla, Alaska. She was born in 1920 in Keokee, Virginia. A former student at Pine Mountain Settlement School, Helen left a rich and full legacy of service to the community.

When Helen Louise Madon Heath came to Pine Mountain Settlement School in 1935, she, like so many of her fellow classmates, knew they were given a special gift in the immersive education of the unique school. Her parents John and Beatrice Madon were from the small town of Keokee, Virginia, where Helen was born. A mining family, the Madons followed the coal boom to Harlan County, Kentucky, where Pine Mountain School is located.

Like many mining families, the Madons realized that educational opportunities were limited in the county and applied for Helen’s admission to Pine Mountain School. She was then 15 years old. Helen thrived in the new school environment and by 1939, when she graduated, she knew where her life’s work would be. It would grow from the early nursing and health care experiences she was exposed to at the School. Health care was to be her life-long career.

The graduation date of Helen is perplexing, as her normal graduation would have occurred in 1938, but she does not show up in the graduating roster. This is most likely due to the institution of a new program at the School for post-graduate work in occupational fields. The full program published in the 1938-39 Pine Mountain Bulletin for Post Graduate Work describes a range of occupational opportunities for the students accepted into the program. In the new curriculum students both self-selected and were selected to take additional course work that would prepare them for demanding occupational careers. Among the programs offered was a Nursing Degree preparation program with courses taught by a new staff member, Grace Rood. One of her courses called “Instruction in Community Welfare Problems” is described as requiring

“…personal maturity of the student, social interests and adequate grounding in mathematics and English. The former is of use in the statistical work and tabulations occasionally required in Sociology while a satisfactory working knowledge of oral and written English is necessary throughout. Particularly essential is it in the writing of case histories.”

Also offered were two additional courses, one in sociology and the other a home nursing and public health course. The Sociology course, taught by Rood was to be based

“… directly upon the problems and questions raised by the student, growing out of her contact with the community. Emphasis is placed upon the socio-economic reasons for social maladjustment, the effects of isolation on the individual and on the family, the psychology
of the rural mind, the making of a good case study and how to interpret it, the best way of rehabilitating an individual or family and aspects of social growth and change. (2 semesters) “

“…practical experience to its students in Social Work, bedside nursing, Health and Handicraft programs in rural schools. Red Cross Home Nursing certificates may be given to capable students. Particularly necessary are the personal qualifications noted above. Maturity and sincerity of purpose are most essential for admission to this work.”

The unique and progressive educational program was devised by Director Glyn Morris and his staff for 1938-39 and aimed to provide an alternative to the regular college track. It was years ahead of the times and still speaks to needs in the rural Appalachians as well as other areas of the country. Morris said of this experiment in education

“Pine Mountain’s emphasis is placed upon learning to live a full and satisfying life. To this end, individual responsibility and initiative are stressed. The intelligent use of knowledge is emphasized, rather than the collection of non-usable facts. Post-graduate work should offer a chance to broaden one’s vocational horizon, to explore more deeply one’s interests and talents, and to acquire such a background that the student will be able to offer more skilled service and command better positions.”

During this extended year at Pine Mountain, Helen’s opportunity to study with Grace Rood, a graduate of Oberlin College in Ohio and who had just come to work at Pine Mountain from Western Reserve University in Cleveland, Ohio, where she had studied public health nursing, was life-shaping, no doubt. Rood was a graduate of Johns Hopkins Nursing School in Baltimore, Maryland, and had completed five years of teaching at a mission hospital in India as well as another five years in New Haven, Connecticut, where she was a public health and social services nurse. At Pine Mountain Rood was hired to teach nursing and social services and to also be the resident nurse at the School where she could do direct observation of the students as they worked in their field of interest. Rood’s dedication to her students is well known and likely helped give Helen the breadth of experience and the boost she needed to attend nursing school in Ohio.

In 1939, as reported in the student newsletter The Pine Cone, (1940 Alumni notes) Helen was in training at the Ohio State Hospital in Toledo. By 1944 Helen had graduated from nursing school in Toledo and had chosen her life-long partner, Fred Heath. She and Fred experienced their early adventures throughout many states including the Midwest and the Pacific Northwest. Their journey eventually took them to Seward, Alaska, shortly after the territory’s admittance as a state in January of 1959. It was in Alaska that Helen and Fred spent many years and where, in the 1960s and 1970s, Helen worked as a Psychiatric Nurse at the Alaska Psychiatric Institute in Anchorage. Helen’s nursing career spanned some 40 years.

The Heaths had five children: Mike Heath ; Jeff Heath ; Elaine Heath ; Julie Mathews ; and Jeanine Sparks. Their legacy of 14 grand-children and 15 great-grandchildren is large and caring. In her obituary from the Alaska Dispatch News Helen was remembered by her family:

“Helen was known for her grandma hugs, infectious optimism, keen intellect, and great sense of humor. In spite of losing most of her vision in her later years, Helen continued to be an avid reader and stayed current on world events. She was a proud Democrat. A member of Christ First United Methodist Church, her faith in Christ was her cornerstone.”