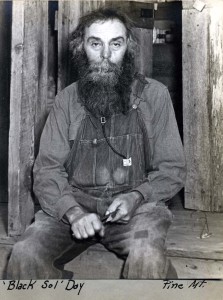 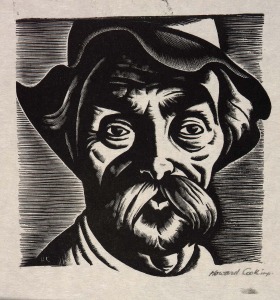 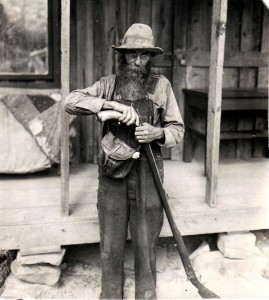 “Black” Sol Day. “So named to distinguish himself from his cousin ‘Red Sol’ who had a red beard. Black Sol has a black one.” Source: PMSS Notes. (March 1942): 3. [pmss_photo_black_sol_day-from-old-computer.jpg]

Sol Day is remembered as one of the original donors of land* to Pine Mountain Settlement School and an acquaintance of several of the School’s earliest directors. (*This information is unverified. The source of the information is being determined.)

Jasper and his first wife, Nancy, had 8 children.

Clara Day – Born 12 December 1915 in Harlan County, Kentucky. Clara was adopted through Pine Mountain Settlement School by Jim and Margaret Clark who lived on Withrow Road in Oxford, OH. She married Basil Ailes and had 3 children: Shirley, Sharon, and Richard. 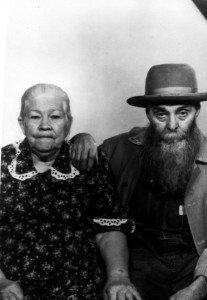 Coy Day married Novilla and had 2 daughters, one named Dorothy. (The name of the other is not known.)

Lilly (or Lillie) Day married Floyd Napier in 1925 and had 3 children: Sol, Nel, and Delphia. 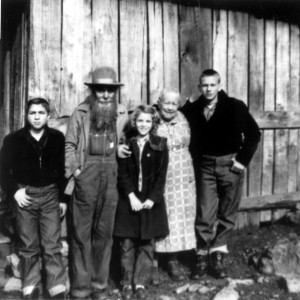 According to Debra Callahan’s interview with Matthew Boggs, (both longtime employees of Pine Mountain Settlement School),

Sol’s wife’s name was Mary Sue and Matt remembers seeing her plowing a mule in the garden. They had a bunch of girls, one’s name was Delphia and another was married to Brown Boggs. Black Sol worked for Intermountain Coal and Lumber Co. and he dug house coal from a mine just above where he lived. Matt said that he himself had dug coal from there for his house coal.

Matt said Black Sol was baptized in a hole of water between Brownings Grocery and Nolan’s Store out on Laurel.

According to the U.S. censuses from 1910 to 1940, Solomon and Mary Susan Day lived in Harlan, Kentucky, throughout those years. The 1910 and 1920 censuses record their location as Lower Poor Fork in Harlan.

Sol (Solomon) Day died in 1955 and was buried in Nolan Cemetery near Pine Mountain, Kentucky, where most of his family was buried. He was 73 years old. Sol’s wife, Mary Sue, died in 1973. If Mary Sue’s birth date of 1874 is correct, she would have been 90 years old at her death.