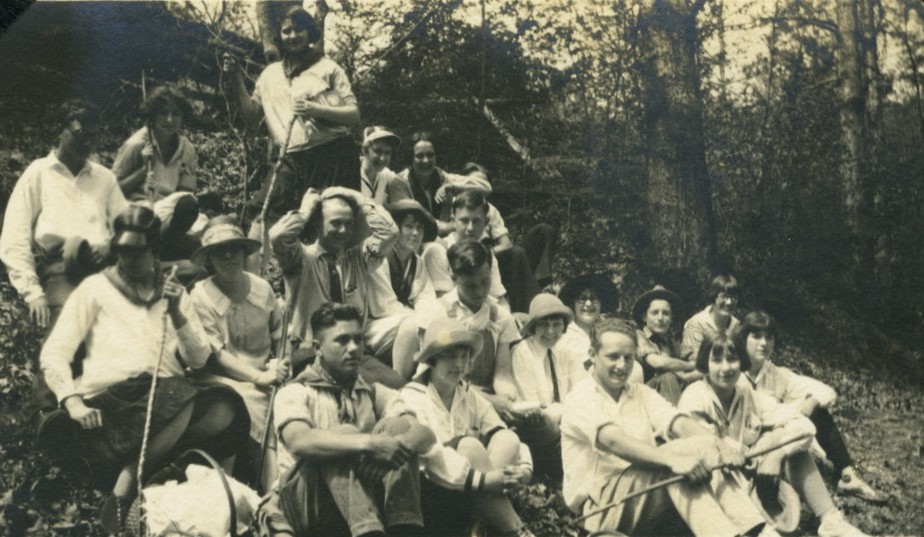 It took John Wagers’ mother two tries to get her son into Pine Mountain Settlement School (PMSS). Her first appeal, in 1921, for John, age 9, and his sister Blanche, age 6, was rejected by the School due to their young age. Four years later, her second letter asking for John’s admittance was successful. In an acceptance letter from Katherine Pettit, PMSS co-director, John’s mother was informed that “…[I]f your boy is the kind of a boy we would like to take, we shall be glad to try him. We do not want to take bad boys, or those who use tobacco or bad language.”

John came from Louellen, Kentucky, a coal town in Harlan County, to enter sixth grade at PMSS on August 24, 1925. A little over a month later, on September 30, Miss Pettit sent his mother this assurance and advice:

John…is perfectly well and happy now, and going to school and quite contented. He is anxious to hear from you and the children, so I hope you will write him often, but let him know that when he gets homesick, he is just to grin and bear it and stay right here. Then I think you will be pleased with him when you see him.

John was doing so well that I was sorry when he slipped off on Saturday morning. Of course the hard thing for him here was going without cigarettes. If you want him back [at PMSS]…let him know that he has got to stay….

Evidently, John’s mother abandoned her dreams for John’s education at PMSS. She sent a payment for John’s school expenses and asked for the return of his clothes. The 1940 U.S. Census indicates that, as of that year, John was married with one son, Lowell, and living with his mother and sister, Ruth, in Glowmawr, Perry County. His education had ended in the sixth grade and as of 1940, he was, like his father, working in a coal mine.