It is no wonder that James Still, a poet, novelist, and folklorist was a frequent visitor at Pine Mountain Settlement School. Having lived most of his life, beginning in 1939, in an age-old log cabin surrounded by a forest in nearby Knott County, Kentucky, he must have felt at home among the log houses on Pine Mountain’s verdant campus and the welcoming staff and students.

Evidently, James Still’s years as a librarian at Hindman (KY) Settlement School led him to understand and appreciate the mission of settlement schools. In his book of short stories, Sporty Creek, written in 1977, he expresses that appreciation through a conversation between members of a poor but proud Eastern Kentucky mountain family during the Great Depression:

“If Dan is to have a chance,” Uncle Jolly said, “teachers such as Duncil Hargis and his sort won’t help. And with school closed on Sporty, Buffalo Wallow is a far piece to walk. I say send him to the Settlement School at the forks of Troublesome Creek. There the scholars work out their room and board.”

Uncle Jolly turned solemn. “Listen,” said he, “The Settlement’s teachers are the knowingest. They will do for you. They’ll fit you for living in a hard world .…“

James Still managed to attend college by working at jobs such as a quarryman and library janitor. He graduated from Lincoln Memorial University in Harrogate, Tennessee, in 1929. He went on to earn an M.A. from Vanderbilt University in Nashville in 1930 and then did post-graduate work at the University of Illinois Library School.

In 1931 Still joined his friend, poet and civil rights activist Don West, to organize recreation for children at a Bible school in Knott County, Kentucky. He soon gravitated to volunteering as librarian at the Hindman Settlement School. At the end of the summer he was hired as a librarian by the School. This was a fortunate turn for Still during a time when the Depression caused a scarcity of jobs.

Around this time, he moved into the two-story log house that once belonged to Jethro Amburgey, a well-known dulcimer-maker. There, Still worked on his 31 acres of land, studying and experimenting with the natural world. Meanwhile, he was always writing. He was first known for his poems, which were collected in Hounds on the Mountains and published in 1937. This was followed by River of Earth in 1940, a novel that portrays in sensitive but powerful terms the struggles of mountain people as they transitioned from subsistence farming to coal mining in eastern Kentucky. His stories and poems, some written for children, appeared in a variety of publications and won him many awards. [See Bibliography below.]

During World War II, his writing was interrupted by a stint in the U.S. Army Air Corps, when he served in Africa, then the Middle East, from 1942 to 1944.

By the 1960s Still was working at Morehead (KY) State University, where he taught literature for ten years. He also served as an inspirational member of the Morehead Writer’s Workshop. Besides writing and teaching, he traveled the country giving readings and conducting workshops. Although he was rooted in his Kentucky place, he took several breaks from his writing to visit Central America and Europe, where he studied two of his favorite subjects, the Mayan civilization and World War I battlefields.

In the 1970s Still was writing works of fiction as well as poetry. His children’s book, Jack and the Wonder Beans, was chosen as one of the Best Illustrated Books of the Year by The New York Times. A year later he received the Weatherford Award for lifetime contribution to Appalachian literature. He continued writing into the 1990s and was named Poet Laureate of Kentucky in 1995.

James Still was born on July 16, 1906, in LaFayette, Alabama. He was the sixth of nine children of J. Alex Still and Lonie (Lindsey) Still.

As a young man, James Still came to Knott County, Kentucky, where he lived for the rest of his life. He died on April 28, 2001, at the age of 94 and is buried on the Hindman Settlement School campus. 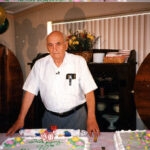 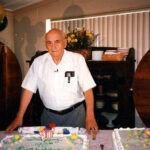