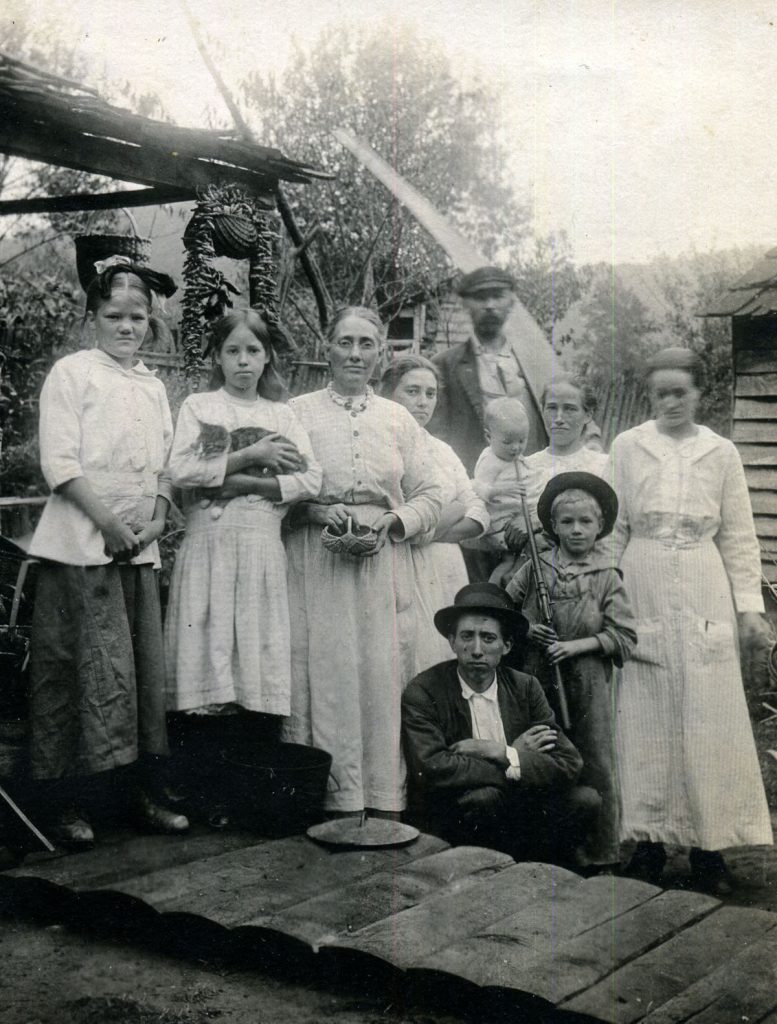 Several members of the William Causey family, longtime residents of Leslie County, Kentucky, were well-known as master basket-makers and furniture-makers in the community.

Evelyn K. Wells, an early Pine Mountain staff member knew the Causey family, and her correspondence is sprinkled with commentary on their many talents. The PMSS Archives has a large collection of Evelyn K. Wells‘ original letters, talks, and histories related to the School and community. A PMSS secretary from 1916 until 1931 and Interim Director in 1931, she left behind a rich source of information about the earliest days of the School and the everyday life of its neighbors. Her letter and a narrative that include mentions of the Causey family are listed below. Also listed is an excerpt from a letter written by Ruth B. Gaines to Emily Hill Creech, both former PMSS workers and friends of the Causeys.

Calls down Greasy on a Sunday afternoon. … In a little patch of corn way down in the bottom is Abner Causey‘s new house — one room, log, with corn planted thick around it. Tom Harris was playing a banjo in front of the door. We went down through the corn — no path — and he picked us a tune on the banjo. What a picture — the little house, a plant of “seven sisters” [zinnias], Abner on a log, Tom and his banjo, the corn, the huge hemlocks and beeches surrounding the clearing. And there are hundreds of houses just like that.

Big bunches of Hollies and mistletoes; a hand-tied broom; a little willow basket made by Bill Causey‘s youngest girl, Bessie Margit [Causey], return present from me to her, her first doll.…

In 1921 the baskets, made for us for years by Mr. and Mrs. William Causey and sold by the office, were transferred to the Fireside Industries Department for handling.

William (“Babb” or “Bill”) Causey was born c. 1862 and his wife, Elizabeth (“Betty”) Pace Causey, was born c. 1865. They were born in Kentucky as were their fathers and mothers, and lived in Cutshin (Leslie County), Kentucky. William was a farmer on his own land.

Elizabeth and William’s children were: 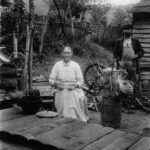 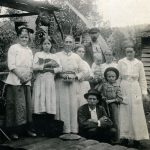 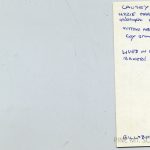 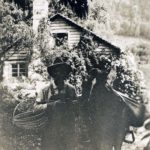 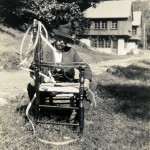 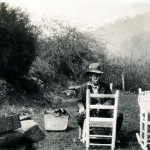 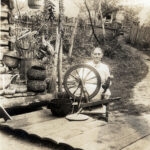 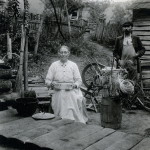 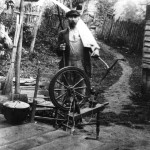 Selected Exhibit. William Causey at his Home with Small Spinning Wheel and Saw Over His Shoulder. [misc_exhibit_007.jpg] 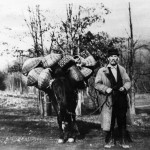 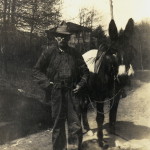 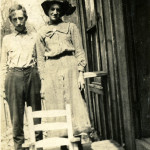