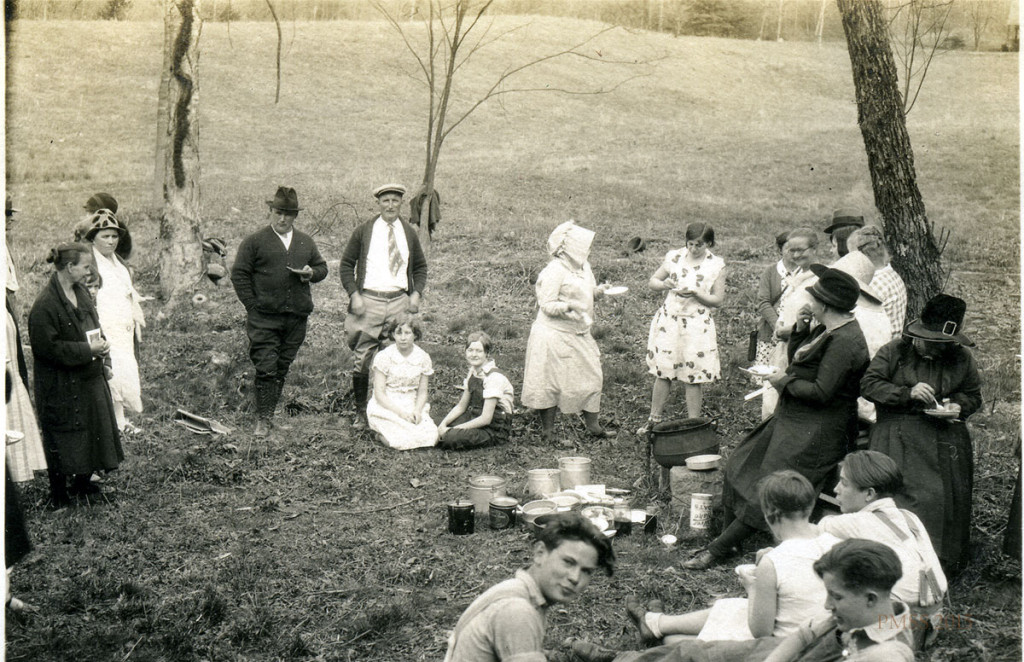 This very brief history of Pine Mountain Settlement School has no author indicated but is most likely the work of Ruth Gaines who came to the School near the same time as Katherine Pettit and Ethel de Long in 1913. Miss Gaines served as the housemother for many years at the school and lived to be over 100 years of age. She was a central figure in connecting the community to Pine Mountain Settlement School.

The note regarding the “round tables” is important, as the age of the unique round tables at Pine Mountain was not fully known. This indicates that they were made early in the history of the school to fill the dining room of Laurel House I. When that building burned in 1939, the tables were some of the few things saved from the fire and many of today’s tables date from those early founding years.

The school rented Mr. Ell Nolan’s [Elhannon Murphy Nolan] home and store building which had a Masons lodge hall on the second floor. We also had a large tent, where I slept along [with] Mr. McSwain who managed the farm and supervised the erection of the first buildings. The first one built was Big Log House which Miss Pettit made into her headquarters. In it she lived until her death. I moved in with her and slept on the third floor along with the several other boys.

The dineing room had 12 round tables in it. That seated 12 people.