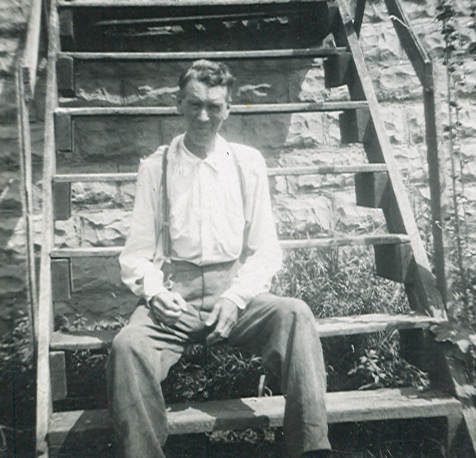 William Metcalf: HIS STORY AS TOLD BY HIS GREAT-GRANDDAUGHTER

This is the story of William Metcalf as told by Cora Richardson, one of his 35 great-grandchildren. Cora is the granddaughter of William’s son, Dillard Metcalf, and Allene (Nolan) Metcalf, who were the parents of Sara Elizabeth (Metcalf) Richardson, Cora’s mother.

To my Mom, our family and me, he was known as “Pappy Bill” and, like everyone else, he went by several different names. Some knew him as Willy, Dry Bill or just William.

William was the son of Sarah Metcalf and his father was never disclosed to us.

He married Elizabeth “Lizzie” Nolan, daughter of Calvin and Sarah Jane (Blanton) Nolan, on April 26, 1903. They divorced shortly thereafter, probably just before their son Dillard Metcalf was born in 1904. After Lizzie gave birth to Dillard, her family would not let her keep him so she carried him across the mountain to give Dillard to his father William. But William was not home so Lizzie gave Dillard to William’s mother, Sarah Metcalf. Dillard was raised by his grandmother, Sarah Metcalf.

One tale that my grandfather [Dillard Metcalf] loved to tell was that as a young boy his Granny would milk the cow. She would want Dillard to drink the cream and he wanted the cream off the milk very much, but he would hold out [until] she would offer to pay him .05 cents to drink the cream. He would say that he got exactly what he wanted, the nickel and the cream…. He would just laugh with fond memories of his childhood. It is said that Sarah raised Dillard in a cave up on the cliffs across the road at 119 and 421 across from Baxter.

William then married Dora Blevins, daughter of James and Sarah Blevins, on March 7, 1908.

William was born at Poor Fork and then moved across the mountain to Pine Mountain where he married Lizzie. He lived at Pine Mountain on Big Laurel until after the 1940s when he moved back across the mountain to Totz. He lived here the rest of his life until he wasn’t able to live alone and he then lived with Dillard and [his wife Allene (Nolan) Metcalf] until he died. He passed in 1977 in Corbin, Whitley Co.

William Metcalf: RESEARCH ON HIS LIFE AND FAMILY

William Metcalf’s birth date on his 1942 U.S. WWII Draft Registration Card was recorded as July 2, 1885. At the time he completed his Draft Registration, he was living in Pine Mountain, Kentucky, and working for the L&N (Louisville & Nashville) Railroad.

On the PMSS Collections website, “Mr. and Mrs. William Metcalf” is included in a card file that accompanied a Map of Community Residents, created during a survey of the PMSS community that took place from 1934 to 1942 and updated in later years. The file records the Metcalfs as living in Greasy and William’s employment as a bridge watchman. The survey also records that he had 9 children at the time.

Gathered from various sources, including information provided by Cora Richardson, the names of William’s children are as follows: 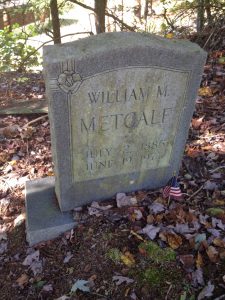 The Harlan Enterprise published his obituary (see Gallery) the day after his death and provided further information. He died at the age of 91 at the South Central Kentucky Baptist Hospital in Corbin. He lived in Harlan County all of his life, ending his days in the town of Totz. He had always been a farmer but also had worked for the L&N Railroad. He was survived by 7 of his children: Dillard, Herbert, Mrs. Edna Mae Patterson, Mrs. Oceana [Mead], Mrs. Ruth Ellen Kreling [Kreiling, Keryling?], Mrs. Winfred [Winifred?]Turner and Mrs. Suanee [Swannee] Hacker. He had 35 grandchildren and 50 great-grandchildren.

Return To:
GUIDE TO FAMILIES IN THE PINE MOUNTAIN VALLEY COMMUNITY 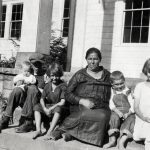 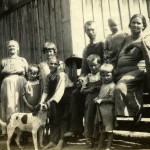 “The Metcalfs.” At far left is Sarah Metcalf. The man in the picture is William Metcalf. The woman to his left is Dora Metcalf and Edna is the tall girl in the back. Next to her is Oceana and then George Lincoln and Ruth Ellen. (Identification by Bruce Hacker, grandson of William Metcalf.) [nesb_028_mod.jpg] 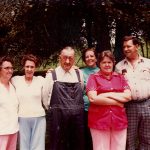 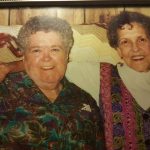 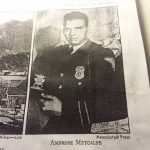 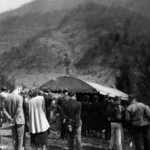 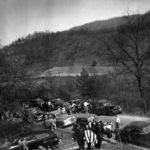 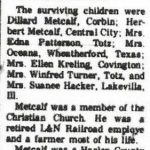 William Metcalf Obituary in The Harlan (KY) Enterprise: He died on June 19, 1977. [WilliamMetcalfobit.jpg]