An Ohio church youth camp was at PMSS for its seventh summer.

9th and 10th grades were transported to the new James A. Cawood H. S. in Harlan.

The Little School/Kindergarten became part of a Federal Aid/Harlan County Title I program, along with a Remedial Reading Program.

A $10,000.00 grant from the Steele-Reese Foundation was received, to be used for “the general purposes of the school.”

Alvin Boggs worked on compiling an extension of the Giffin Study, partly to learn if there was any continuity of population.

Visitors from Tibet at Berea College spent time at PMSS. 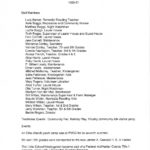 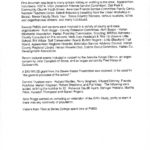