It was decided to proceed with a phased restoration of Big Log, to benefit from a Bicentennial grant which needed to be spent within the year.

Bob Sexton resigned from the Board of Trustees. William P. Ramsay, Berea, was elected as his replacement.

The reservoir/chlorinator water system was completed.

Propane gas furnaces were installed in Zande House, 2 in Boys’ House (Library), and the Office. A heat pump was installed in the Chapel. 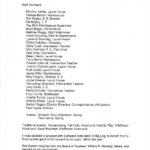 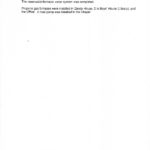