[Note: Letters from PMSS staff in the PMSS Collections are carbon copies, typewritten, unsigned, and meant for the Office files. The original signed copies were sent to the correspondents. Mrs. Hook’s letters are handwritten unless indicated otherwise. The following list of contents is in chronological order and not necessarily in order of the image numbers.]

001a-001b February 7 (no year). To “Mr. (Glyn) Morris” from “Mary R. Hook” in Kansas City, Mo. “I simply sank myself in trying to put the talented unemployed to work. I got so involved I just couldn’t get away from it. Human needs are so compelling.” She has been working on the Work Shop for PMSS. Asks if someone would “stake the ground carefully and study the contours…I must know a lot more about the contour of the ground as my entrances are all dependent upon that.”

003 February 15, (no year). To Morris from Hook, asking Morris if he would ask Mr. (August) Angel if he has printed stationery for the two Crosby boys, Redwood City, Calif. Mentions that Lindy will marry in June.

004 February 10, 1935. Typewritten letter to Morris from Hook, who encloses sketches for the (Industrial) building, mentioning plans for the top floor, the building’s location, accommodating the printing presses, and the floor for the carpenter shop. Asks for Morris’s comments before sending the blueprints and possibly a model. Tells of her plans to drive east with friends.

005-006 February 26, 1935. Two-page letter to Hook from (unsigned, likely Morris), who encloses her plans for the new Industrial Building with a contour map of the site and outline of the building. He makes suggestions for a larger door, a dust-proof finishing room, reducing the size of the terrace to enlarge the building, adding a worker’s office, a lavatory on each floor, washstands in each department, and a steel beam in the machine shop to be used as a trestle for a hoist. For the top floor, he feels one room should be a classroom and teacher’s office, etc. Mr. (Boone) Callahan feels he can supervise the construction. Morris is leaving for a publicity trip to the New York area with 12 talks planned in six days.

007 March 28, (no year. Later notation: “1935”). Two postcards to (no salutation) from Hook (postcard 1) who hopes to meet with Morris before he leaves PMSS about the building. (Postcard 2) Her arrival will be delayed while she changes the building plans according to his letter. Needs sizes of the bases of the printing presses and length of steel I-beam.

008b N.D. (Reverse side of 008a in Hook’s handwriting.) A note concerning her agreement with the worker concerning terms and wage at $150 a month plus room and board for himself and his wife. She suggests where he may stay (Open House) and how long.

009a-009d June 11, (no year). Two-sided letter to Morris from Hook. She mailed a letter to Boone (Callahan) about arrangements concerning the building. She has hired a draftsman; comments on the garage door; the expense of moving the third floor bath. She suggests he look at the wood finish of the Cumberland homesteads and gives their location. “It is very attractive.”

010a-010b June 25, (no year). Two-sided letter to “Boone (Callahan)” from Hook. The “blue printers” will be sending two sets of blueprints and one to Darwin Martin for his review. The building is larger than she expected and asks how it would be paid for. Suggests changes he may want to make. Boone may want to first build a shed for the extra lumber and materials.

011 June 29, 1935. To Hook from (unsigned, likely Morris). The building plans have arrived; “Boone will begin in a few days to estimate the cost of the material.”

013a-013b N.D. (Notation: “Aug 18 – 35”) Two-sided letter to Morris from Hook at the Hotel Montgomery, Clarkesville, Ky, where she is visiting friends of Grace Frick’s. Describes the town; mentions the “Hermitage,” Andrew Jackson’s home. “We all enjoyed every moment at Pine Mt…. There is certainly a strong pervading spirit of hospitality all over the place.”

014a-014b August 20 (no year). Two-sided letter to Mrs. (Barbara) Faulkner from Hook, who is glad the beds arrived and asks that they are taken care of. Suggests that the shrubbery and trees around (Open House) be trimmed to “keep the dampness out.” Tells Faulkner how to record her checks. “…[M]y contributions had been made in architectural services & three or four trips a year down to supervise work….” She will be traveling in Mexico for two weeks.

015 August 23, 1935. To Hook in Mexico City from (unsigned, likely Morris) who will correct the donor records to reflect her personal spending on architectural services for the School. Mentions his visit to Mexico and, later, one made by Mr. (Arthur) Dodd and Mr. (August) Angel. Mentions that Mrs. (Celia Cathcart) Holton had cancer surgery.

016 September 28, 1935. To Hook from unsigned, likely Morris), who will see to it that her stationery order is filled. The staff is still working on various estimates for the building.

017a-017b September 24, (no year). To Morris from Hook who has written to Gen. Robert Wood about a quote for heating. Asks if the building has begun yet. Mr. (Charles M.) Manning suggests that the trustees’ November meeting is held in N.Y., a location that would allow her to visit Dick Hook at a school near Boston. Ordered stationery.

018 November 4 (no year. Later notation: “[11-4-35]”) Postcard with no salutation from M.R. Hook, asking that PMSS literature be sent to Mr. Walter M. Jaccord in Kansas City, who called her and asked questions about the School. She is waiting to hear from E. Wells (Evelyn K. Wells) about meeting in N.Y.

019 September 17, 1935. To Hook from (unsigned, likely Morris) who is concerned about “the constant facing of a deficit at Pine Mountain” and plans to increase the School’s list of contributors. He asks Hook if she will send a list of the persons that were at her meeting that he attended at her home a year ago. He plans to write to each person for a contribution. He asks for her opinion.

020 October 3, 1935. To Hook from (unsigned, likely Morris). Looking for ways to raise money for the School, he and Miss (Alice) Cobb are considering having a guest house for paying visitors. He asks Hook if she would discuss this at the Board meeting, suggesting it would be a gift from her.

021 October 31, 1935. To Hook from (unsigned, likely Morris). “We have nearly completed the writing of letters to all the folks whose names you sent us some time ago….” The Beta Sigma Omicron national sorority agreed to raise $6,000 for the new building. “The sorority has long been interested in Pine Mountain.” 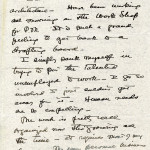 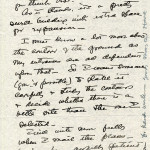 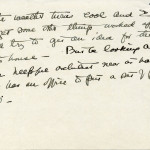 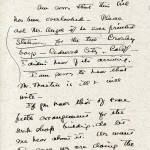 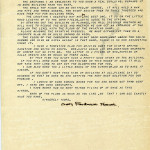 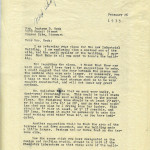 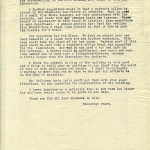 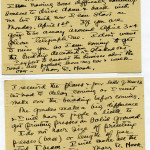 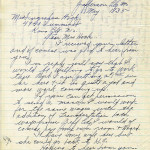 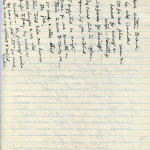 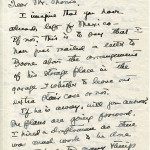 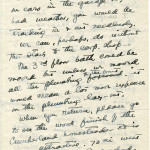 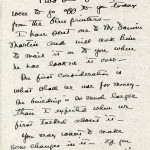 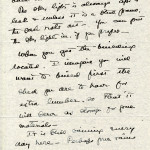 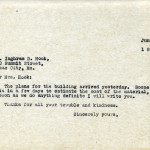 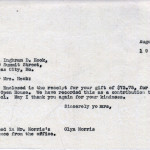 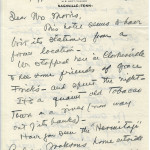 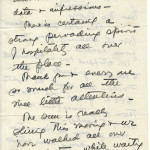 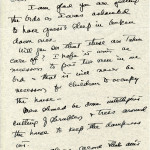 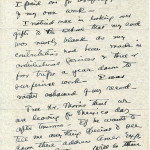 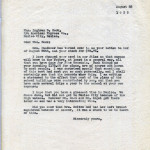 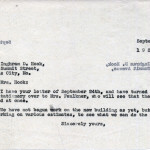 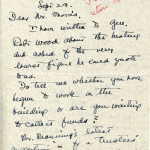 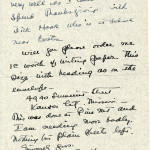 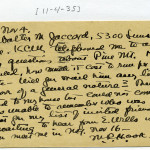 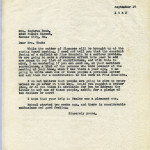 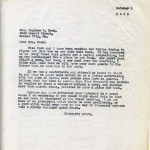 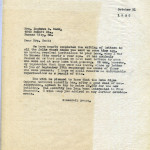